Carl’s Jr. And Hardee’s Rolled Out the Ultimate Burger for Bacon Lovers 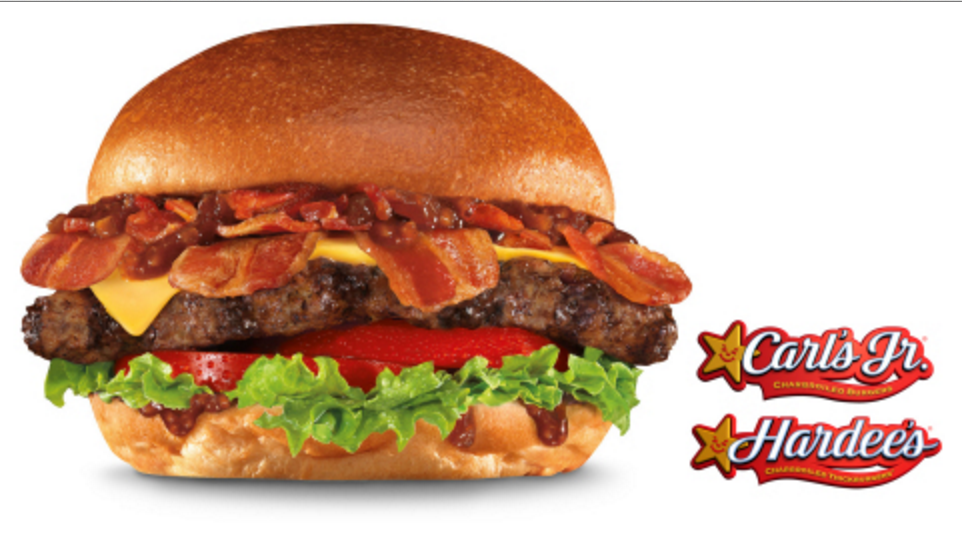 Served on a brioche-style bun, the burger is topped with with lettuce, tomato, American cheese and three types of bacon, atop a 1/3-lb Angus-beef patty, of course. But in addition to featuring two of its traditional bacon ingredients (thick-cut, Applewood-smoked bacon strips and crumbled bacon) the Bacon 3-Way Burger will introduce “bacon jam,” a fast-food first.

The jam combines bacon pieces, balsamic vinegar, caramelized onions and molasses, and according to Brad Haley, the chief marketing officer for Carl’s Jr. and Hardee’s, the bacon jam is the true winner of the new burger.

“Sure, the Bacon 3-Way Burger has plenty of bacon in the form of thick-cut, Applewood-smoked bacon strips and crumbled bacon, but the real star is the bacon jam, which is starting to show up on fine-dining and casual-dining menus across the country,” he said. “It’s a little sweet, a little savory and a lot bacon-y, so what’s not to love?”

According to the company, Diana Kelter, a foodservice analyst with global market intelligence agency Mintel, said bacon jam fits squarely within the trend towards sweet and savory menu combinations. It even saw a compound annual growth rate of 50% on U.S. menus between 2013 and 2016.

Take your relationship with bacon to the next level. Introducing the Bacon 3-way Burger. pic.twitter.com/jDWqGPyApw

Not a bacon person? Carl’s Jr. and Hardee’s has some other options for you. In March, it announced it was releasing a burger that tastes like moonshine. And in April, the company announced a partnership with the popular pretzel maker Auntie Anne’s to offer a pretzel breakfast sandwich with egg, sausage, and cheese.

You can try the the Bacon 3-Way Burger as a single patty for $4.49, or $5.49 for one with two patties or a one-third pound Angus beef patty.