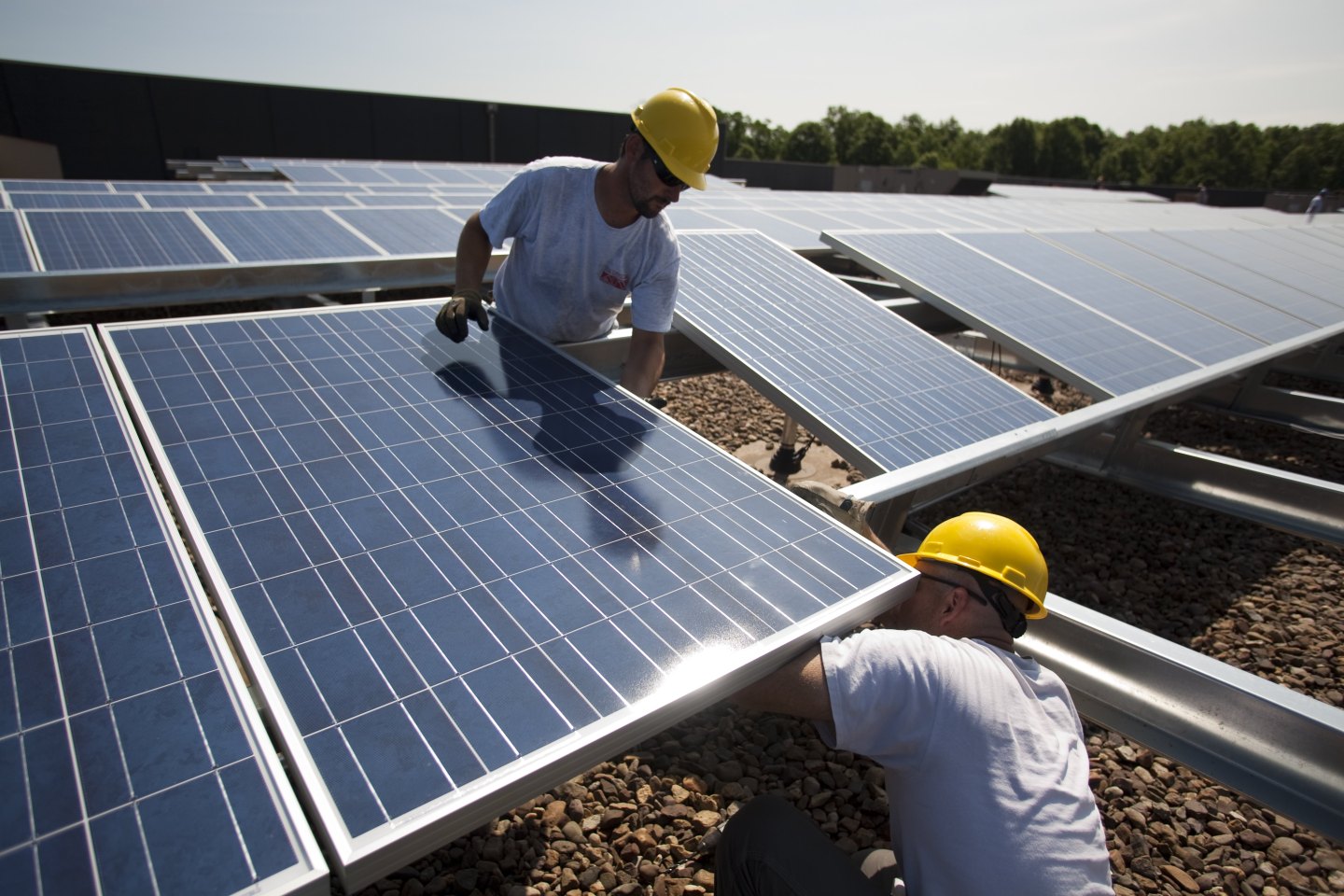 Bankrupt solar company SunEdison (SUNE) is looking to sell its interests in Terraform Global (GLBL), the “yieldco” said on Wednesday.

Shares of Terraform Global, which holds renewable energy assets primarily outside the United States, were up 11.1 percent at $3.61 in light premarket trading.

Yieldcos are publicly traded subsidiaries that hold renewable energy assets, including assets bought from their parents. They are backed by long-term power purchase contracts with utilities, allowing them to pay regular dividends.

The companies are in “active discussions” for a joint sale, Terraform Global said in a regulatory filing.

Analysts on average were expecting revenue of $102.3 million, according to Thomson Reuters I/B/E/S.

Terraform Global also said it does not expect to achieve its targeted dividend growth rate for Class A shares.

The company also said on Wednesday its annual filing for 2015 may include a “going concern” note due to risks related to SunEdison’s bankruptcy, but said it had sufficient liquidity to support ongoing operations.

SunEdison’s two publicly traded subsidiaries, Terraform Global and Terraform Power Inc, said in April they were not part of their parent’s bankruptcy process.