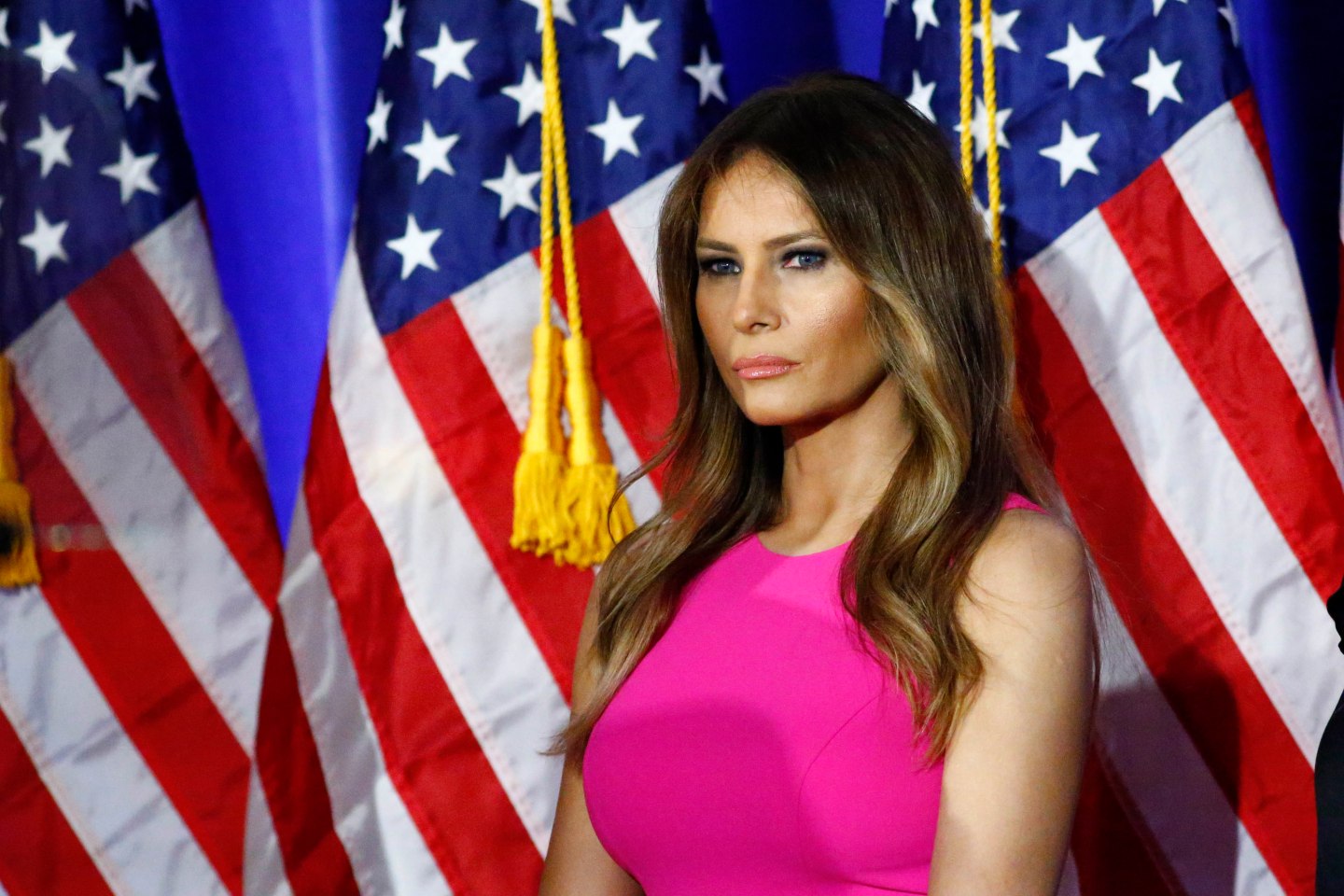 Donald Trump has delivered on his promise of an unconventional list of convention speakers.

On Sunday, Trump’s campaign released the final list of people who will be speaking in Cleveland over the next few days. The list is long—70 people—and includes 24 women. While that’s more women than the 19 who spoke at the 2012 event, there are a few major differences between the women who were at the podium then versus now.

For starters, three of the female speakers this year are directly related to Trump: his wife, Melania, and his daughters Ivanka and Tiffany. Trump’s sons, Eric Trump and Donald J. Trump, Jr. will also be speaking. For comparison, the only one of Mitt Romney’s family members who spoke at the 2012 convention was his wife, former First Lady of Massachusetts Ann Romney. (Vice President Joe Biden’s son Beau did speak at the Democratic convention in 2012.)

The presumptive GOP nominee has also invited Kerry Woolard, the general manager at Trump Winery; Lynne Patton, the VP of The Eric Trump Foundation; and Dr. Lisa Shin, an eye doctor and a member of the National Diversity Coalition for Trump.

In addition to his direct family and women with business ties to Trump, the presumptive GOP Nominee has invited outspoken female critics of Hillary Clinton. These include Pat Smith, the mother of Sean Smith, a U.S. information management officer killed in the 2012 attack in Benghazi. Smith has previously said that there is “a special place in hell” for people like Clinton. Laura Ingraham, a conservative radio personality who frequently appears on Fox News, is also vocally anti-Clinton and is expected to speak.

Then there are the celebrities, who, though Trump had promised a “showbiz” convention, have limited appeal. There’s former soap star and avocado farmer Kimberlin Brown, LPGA golfer Natalie Gulbis, and documentary filmmaker and wife of the former House speaker Callista Gingrich.

Last, but not least are the women who are most expected at a Republican party event: the politicians. The women speaking will include RNC co-chair Sharon Day, Sen. Joni Ernst (R-IA), Sen. Shelley Moore Capito (R-WV), Rep. Marsha Blackburn (R-TN), and Oklahoma Gov. Mary Fallin.