J.C. Penney Gets Aggressive in Appliance War With Sears 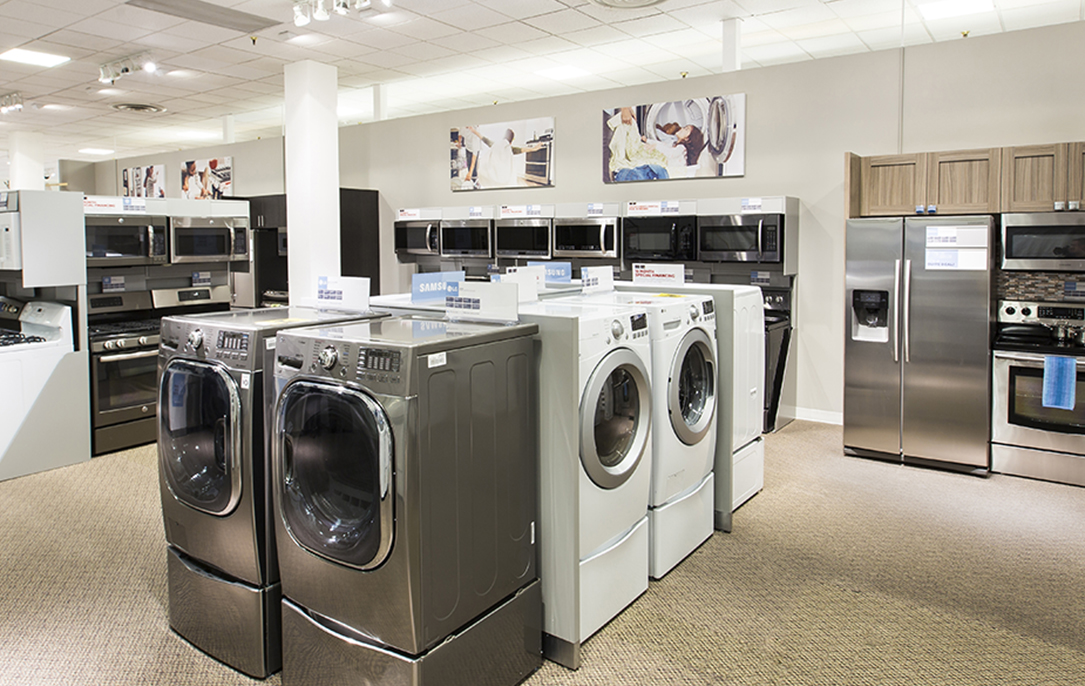 Mall arch-rivals J.C. Penney (JCP) and Sears (SHLD) are escalating the hostilities in their battle for consumer spending.

Over the weekend, Penney began expanding appliance sales to hundreds of stores, continuing the recent revival of its appliance business after a successful pilot that was first reported by Fortune in January.

The department store cut prices aggressively to make sure customers know it once again sells things like fridges and washing machines after a 33-year hiatus. Jefferies retail analyst Randal Konik said in a research note Monday that Penney was offering up to 20% off some appliances and special financing for 18 or 24 months. What’s more, Penney was price-matching and offering free delivery and basic installation on all purchases over $299.

In turn, Sears, seeking to protect its precarious position as the #1 U.S. seller of appliances, met the challenge with its own deals. The retailer, whose parent company Sears Holdings has lost $8 billion over the last five fiscal years and has closed many stores as sales at Sears and Kmart keep plummeting, was offering 30% off appliances, special financing for a year and free delivery on orders over $399, Konik said.

Penney sold appliances from 1963 to 1983 under its own brand, Penncrest, before abandoning the category to double down on its apparel business. The retailer told Fortune in January it would start selling home appliances like refrigerators and washing machines made by General Electric, Hotpoint, LG and Samsung, in a few stores initially, then more broadly if customers took to it.

The return to appliances was the first major initiative by Marvin Ellison as CEO after he took the reins last summer. Ellison oversaw the appliance category during a 12-year stint at Home Depot before joining Penney as president in 2014. Ellison has said that one third of Penney’s customers buy appliances at other stores in the malls it occupies.

And sensing blood in the water with Sears’ on-going travails, he pounced on an area that generates about $4 billion a year for Sears. (J.C. Penney and Sears co-anchor about 450 malls.) Euromonitor International has estimated the U.S. home appliance industry had $29 billion in revenue in 2015, on the way to $38 billion by 2020.

If Penney’s appliance campaign works, it could revive sales-per-square foot in the chain’s home goods department. That part of the store now generates 12% of sales, down from 21% a decade ago, in large part because of several botched attempts in the last few years to re-invent it.

And Ellison is under pressure for appliances to succeed: Penney in May reported a small decline in first-quarter comparable sales, breaking a 10-quarter streak of growth and reviving questions about its turnaround prospects.

Another benefit of the appliance foray: Penney is hoping selling more big-ticket items will prompt a greater number of customers to sign up for store credit. Currently, some 36% of Penney’s sales are completed on a store card, far below the 60% rate at Kohl’s (KSS). That is depriving Penney of a lot of data on customer’s shopping habits, which helps with marketing and inventory planning.

In Sears, Penney is going against a firmly entrenched incumbent in this area, even as customers have long since lost the habit of thinking of J.C. Penney for home appliances. And it’s all the more challenging given the shaky traffic at many of the lower-grade malls Penney occupies.

What’s more, Sears is not standing back like a wallflower. Though the company recently suggested it may sell its Kenmore appliance brands or find some way to make more money, the retailer recently said it was testing a small-format chain of stores that focuses solely on appliances.

Still, Wall Street analysts are largely bullish that this initiative will help Penney.

“We think JCP is well positioned to take share as it continues rolling out major appliances to 500 stores by October,” Jefferies’ Konik said in his note.