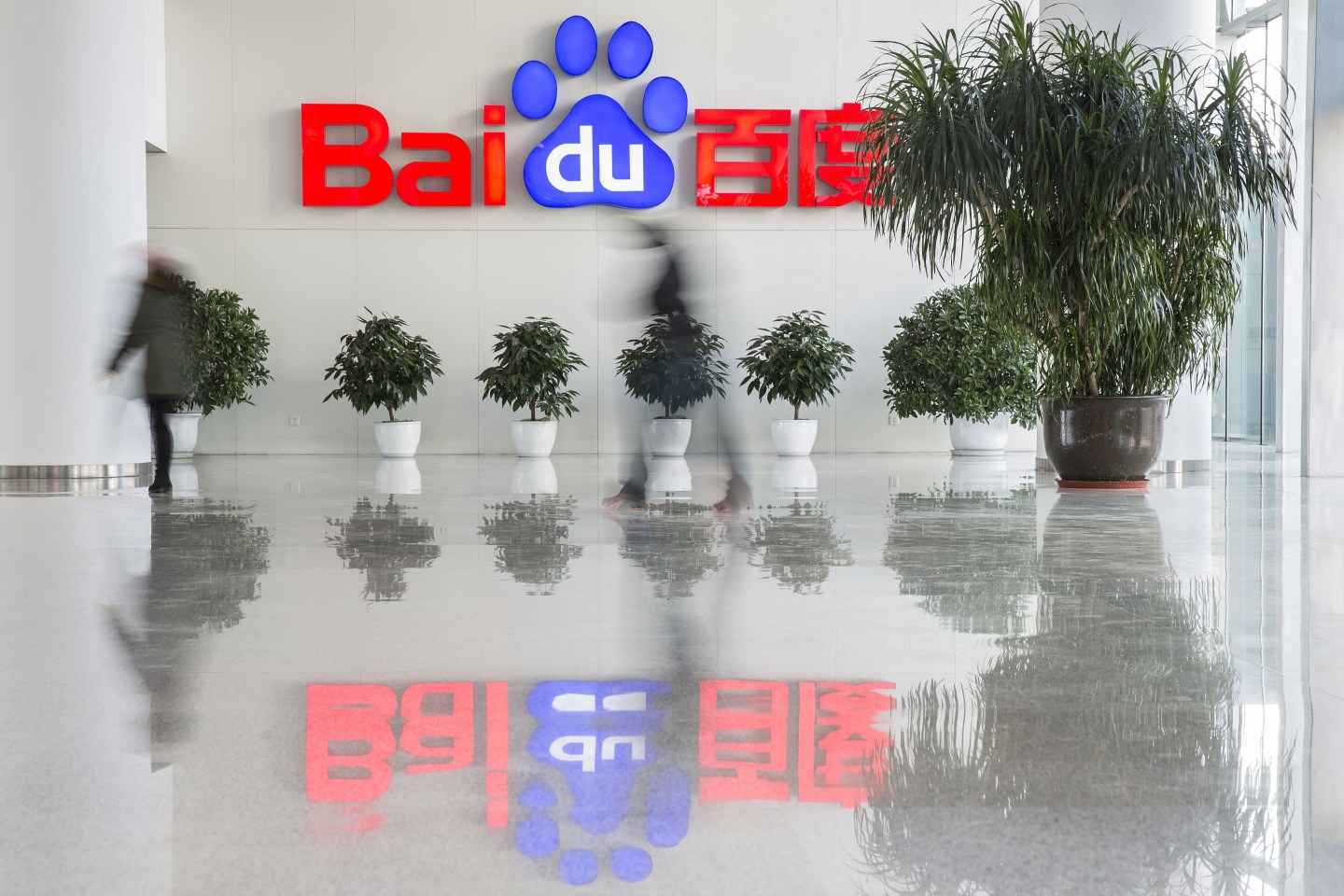 Founded by former Google (GOOGL) veteran Douglas Merrill, ZestFinance launched three years ago to apply big data analyses to credit scoring and help lenders more accurately evaluate prospective borrowers. Instead of determining credit worthiness based on 10 to 15 pieces of data, ZestFinance uses tens of thousands of data points to assess in a matter of seconds a borrower’s ability to pay back loans. To date, ZestFinance has raised $272 million in funding.

China provides a huge opportunity for ZestFinance because there is no centralized credit bureau like in the United States, says Merrill, who previously served as chief information officer and vice president of engineering at Google. ZestFinance has said previously that only 20% of Chinese citizens have credit cards while the rest of the population uses only cash and debit cards to pay for items.

As part of the investment, Baidu will be using ZestFinance’s underwriting technology to determine creditworthiness of its users. For example, if an adult user is searching for video games in the middle of the day, it could be determined that he or she doesn’t have a job and isn’t a student, which is data that can be used towards determining if that user has good credit.

Merrill acknowledges that it’s not a perfect signal, but that in the Chinese market, there isn’t as much financial data being shared as in the U.S. “Nobody has ever proven that it’s possible to turn search data into credit data, and this is exciting,” he posits.

Merrill adds that using search data in the U.S. for credit scores is not as likely. “People have different expectations of privacy here in U.S., plus we have a lot more financial data to evaluate compared to China,” he explains.

Merrill declined to comment specifically on how Baidu is going to be using the credit scores. The company has also been working with JD.com to create credit scores for shoppers who want to apply for a line of credit to buy items from the e-commerce company.

“ZestFinance’s unique ability to analyze and process complex, disparate data to make accurate credit decisions is very valuable to the Chinese credit market, where a centralized credit scoring system has yet to emerge,” wrote Tony Yip, global head of investment, mergers and acquisitions at Baidu in a statement.