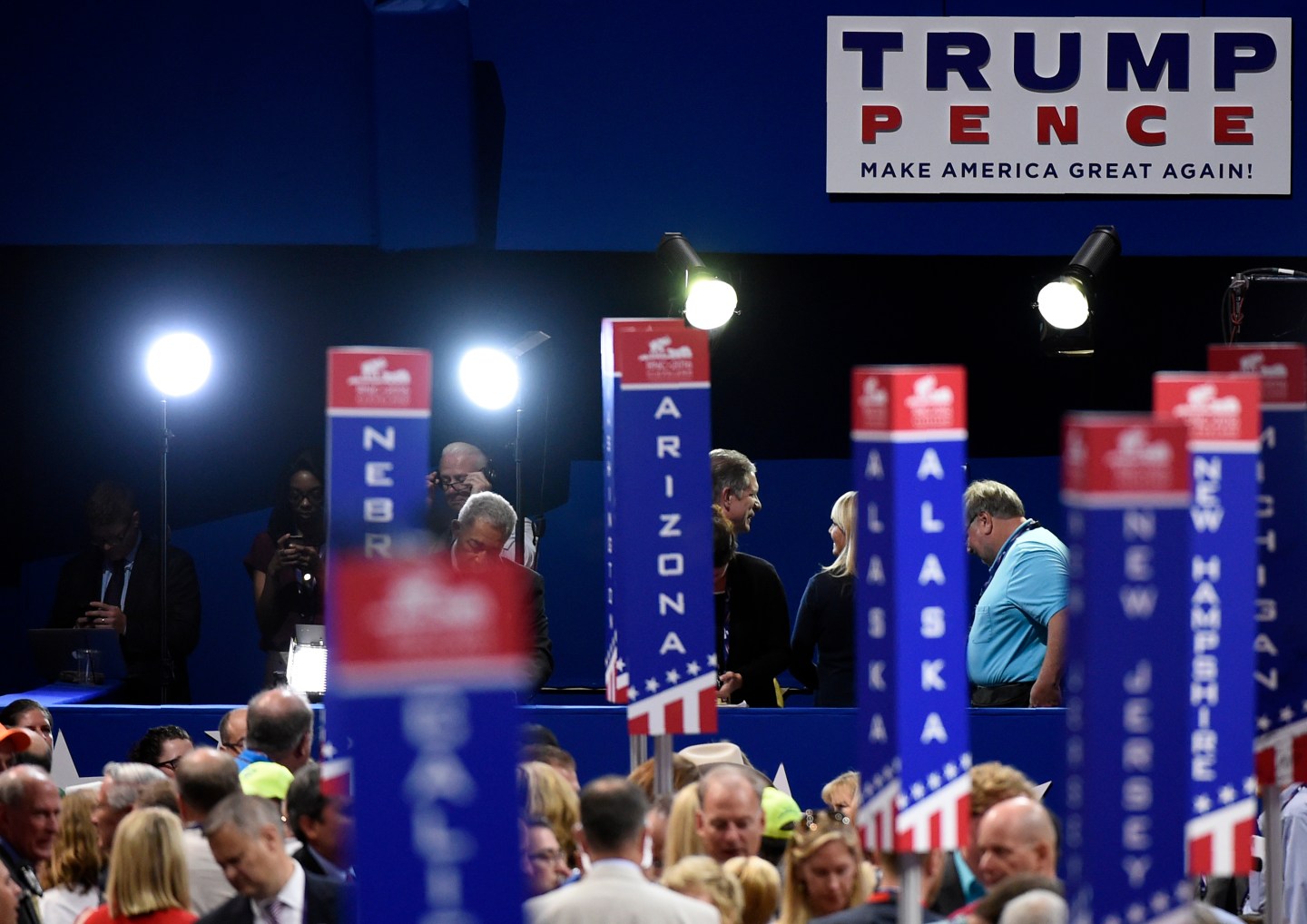 A Trump/Pence poster appears over the convention floor on the opening day of the Republican National Convention at the Quicken Loans arena in Cleveland, Ohio on July 18, 2016. The Republican Party opened its national convention Monday, kicking off a four-day political jamboree that will anoint billionaire Donald Trump as the Republican presidential nominee. / AFP / DOMINICK REUTER (Photo credit should read DOMINICK REUTER/AFP/Getty Images)
Dominick Reuter — AFP/Getty Images

The struggle by a faction within the Republican Party to ditch Donald Trump as the party’s presidential nominee continues in Cleveland, despite the failure on Monday to bring a full roll call vote on changing the party’s nominating rules.

Petitions from a minimum of seven state delegations were required to bring a roll call vote on the matter. While the Secretary of the Convention originally received petitions from nine states, three of them later recanted, leaving only six.

A normal voice vote was held, with several delegates erupting into chants of “Roll call! Roll call!” amid booing from the crowd.

Though the effort to have a roll call on the GOP’s nominating rules vote failed, it offered a startling sign of the division within the Republican Party. On a day when the Trump campaign and the Republican National Committee wanted to begin to unify the party around Trump, the messy scene made clear that such a reunion was not in the cards.

One Monday evening, the #NeverTrump organization published a statement in response to the day’s events on Twitter: