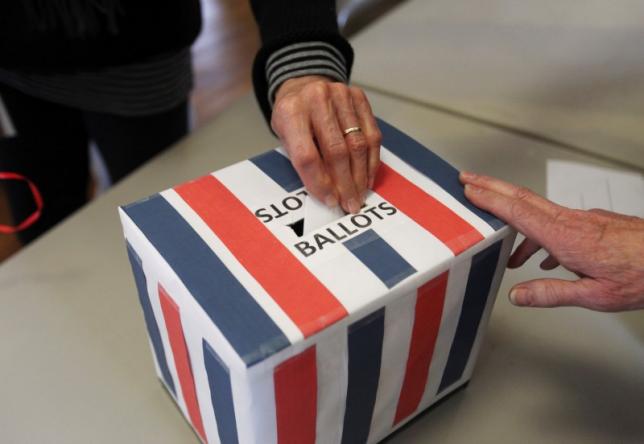 Federal election observers can only be sent to five states in this year’s U.S. presidential election, among the smallest deployments since the Voting Rights Act was passed in 1965 to end racial discrimination at the ballot box.

The plan, confirmed in a U.S. Department of Justice fact sheet seen by Reuters, reflects changes brought about by the Supreme Court’s 2013 decision to strike down parts of the Act, a signature legislative achievement of the 1960s civil rights movement.

Voting rights advocates told Reuters they were concerned that the scaling-back of observers would make it harder to detect and counter efforts to intimidate or hinder voters, especially in southern states with a history of racial discrimination at the ballot box.

The Supreme Court ruling undercut a key section of the Act that requires such states to obtain U.S. approval before changing election laws. The court struck down the formula used to determine which states were affected.

By doing so, it ended the Justice Department’s ability to select voting areas it deemed at risk of racial discrimination and deploy observers there, the fact sheet said.

Eleven mostly Southern states had been certified as needing federal observers by the department.

Federal observers can still be sent to monitor elections but only when authorized by federal court rulings. Currently, courts have done so in five states: Alabama, Alaska, California, Louisiana, and New York, according to the Justice Department.

A Justice Department spokesman declined to comment on the fact sheet or say how many people will be deployed to monitor voting until closer to the Nov. 8 election pitting Republican Donald Trump against Democrat Hillary Clinton.

In recent presidential elections, the Justice Department has sent more than 780 people to watch elections around the country. They were split into three categories. The Supreme Court ruling reduced that to two, according to the document.

Snapchat Says Taking Selfies Should Be a Voter’s Right

One category is Justice Department staff, who have no statutory authority to access polling sites but still monitor voting nationwide They must rely on local and state authorities to grant them access to polling locations.

A second group are federal observers trained by the Office of Personnel Management with unfettered access to polling sites. They are only deployed by federal court order.

A third group—which the document said has been eliminated by the Supreme Court decision—are federal observers deployed to jurisdictions that the attorney general selected based on evidence of possible racial discrimination. They were also trained by the Office of Personnel Management and had full access to polling sites.

Since Congress passed the 1965 Act, federal observers have gathered evidence of unlawful activity and prepared reports from polling sites that can be used as evidence in court.

In the November 2004 presidential election, the last for which the Justice Department provided numbers of federal observers, about 840 federal observers and more than 250 department personnel were dispatched to polling sites in 86 jurisdictions in 25 states.

“The mix of tools has shifted,” said Justin Levitt, who oversees the Justice Department’s voting section.

The department still has the ability to send in personnel and take legal action against election officials where necessary, he said in an interview.

At any point on Election Day, Justice Department staff can be denied entry to a voting area or asked to leave, unlike a federal observer. That could make it more difficult to gather evidence of voting problems and potentially make it harder to prosecute cases of suppression, say voting rights advocates.

Suppression can take a number of forms, such as intimidating or misinforming voters, or denying them access to voting materials in their own language.

Relying on Justice Department personnel to monitor elections is “a far cry” from federal observers who are statutorily authorized to be inside the polling place, said Gerry Hebert, executive director of the Washington, D.C.-based non-profit Campaign Legal Center.

Hebert, a former senior Justice Department voting rights official, oversaw teams of federal observers in the U.S. South before leaving the department in 1994.

As Primaries Loom, Voting Rights Are Challenged in North Carolina

In Sandoval County, New Mexico, federal observer reports showed that Native-American voters had difficulty getting voting information in their native languages during the decade between 1994 and 2004, according to a 2011 court order in a case the United States brought against the county.

“We’re very disappointed by the decision of the Justice Department,” said Ho. The Supreme Court ruling did not mention the federal observer program specifically, “so I don’t think this decision was inevitable,” he added.

Anita Earls, the executive director of the Southern Coalition for Social Justice and a former senior official in the Justice Department’s voting section, said the guaranteed ability of federal observers to examine voter registration rolls and remain inside polling stations makes them more effective than Justice Department staff at catching voter suppression.