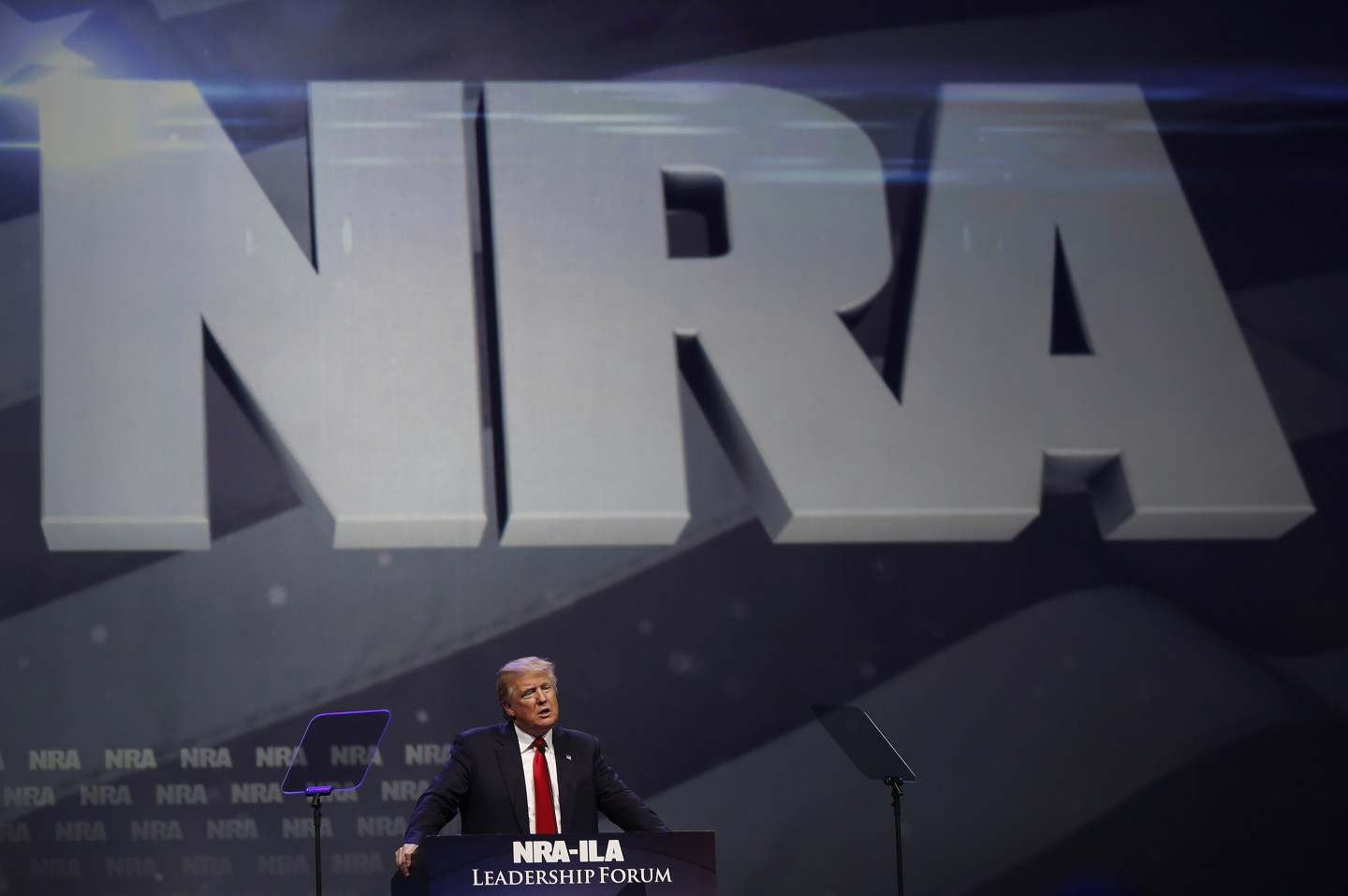 Donald Trump, presumptive Republican presidential nominee, speaks during the National Rifle Association (NRA) annual meeting in Louisville, Kentucky, U.S., on Friday, May 20, 2016. Trump, who in the past called for restrictions on certain weapons purchases, announced his a plan in September for a national right-to-carry law and called gun and magazine bans "a total failure." Photographer: Luke Sharrett/Bloomberg via Getty Images
Photo by Luke Sharrett—Bloomberg via Getty Images

Cleveland police are requesting that the open carry law for Cuyahoga County be banned for the week of the Republican National Convention.

The convention, where Donald Trump will officially accept the GOP nomination for president, is scheduled to begin in Ohio on Monday. In an interview on CBS’s Face the Nation, Cleveland Police Chief Calvin Williams said that the force is prepared for the thousands of protestors they’re expecting.

“We’ve heard reports from different sources about everyone from anarchists to black separatists to just regular Trump followeres, anti-Trump followers,” Williams said on the show. “Everybody has been, in some way, shape, or form touted as coming to Cleveland to either cause trouble or exercise their First Amendment rights, but we’re prepared for it all.” He added that they put barriers and barricades in place “to make sure that things like that transpired in Nice are thwarted here in Cleveland if they’re attempted.”

On Thursday night at least 80 people were killed in Nice when a large truck ran into a crowd of people that had gathered to watch fireworks celebrating Bastille Day. Local officials quickly dubbed it a terrorist attack. There have also been increased tensions in the U.S. following the recent deaths of Alton Sterling and Philando Castile, leading to police shootings in Dallas and Baton Rouge.

Though Cleveland police say they’re ready, they’re still looking for a bit more help from Ohio governor John Kasich. Police Union President Steve Loomis told Fox that he will be requesting that the open carry law in Cuyahoga County be banned temporarily. Additionally, Loomis does not want any officers working alone and thinks that they should “at a minimum be in threes.”