Here’s How the U.K. Can Expect Theresa May to Lead 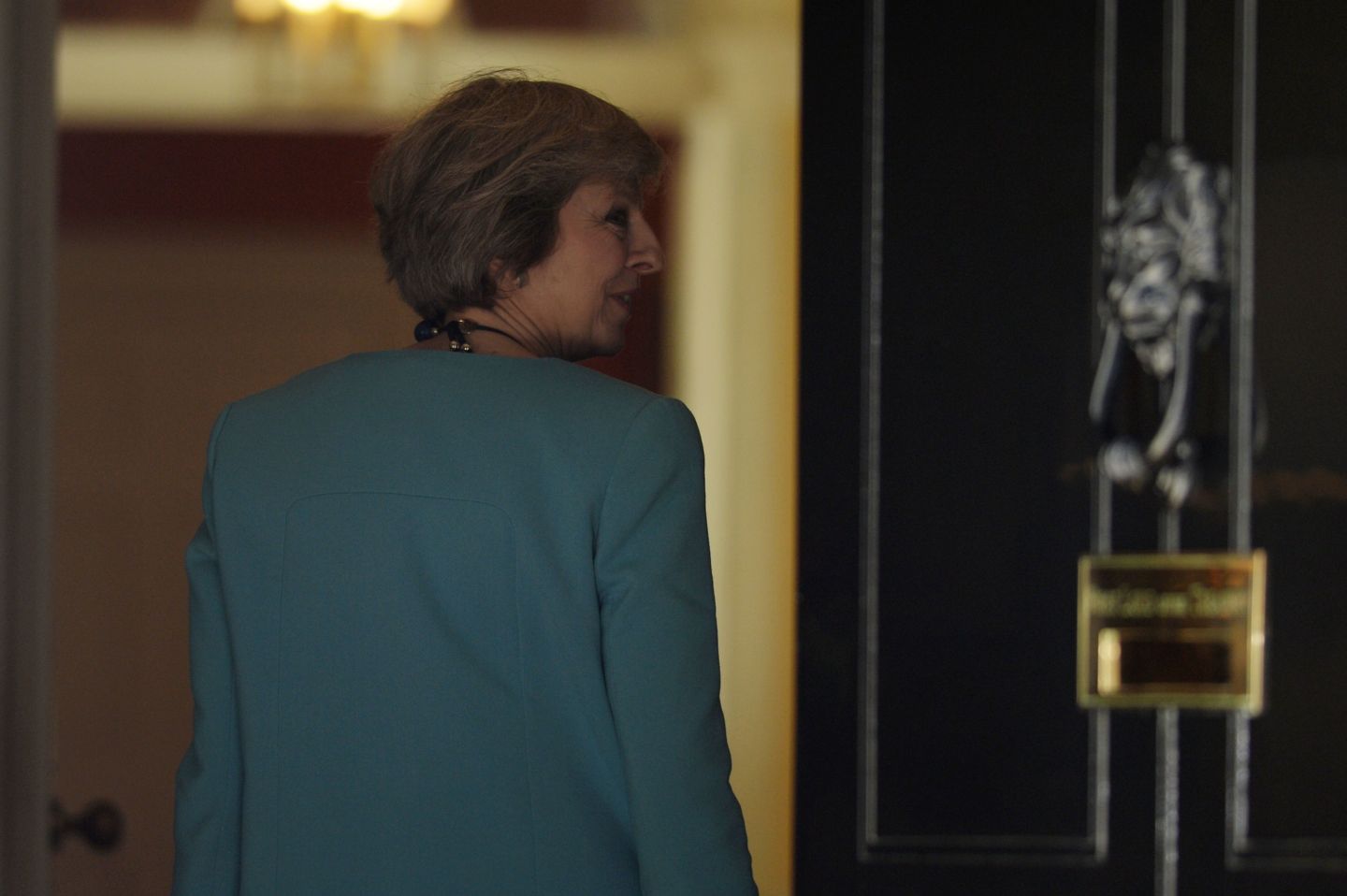 British Prime Minister Theresa May arrives at 10 Downing Street in central London on July 14, 2016 as further cabinet appointments are expected at the start of her first full day in office. Theresa May came under immediate pressure on July 14 on her first full day as Britain's new prime minister after a series of surprise appointments to her cabinet, including the gaffe-prone Boris Johnson as foreign minister. / AFP / OLI SCARFF (Photo credit should read OLI SCARFF/AFP/Getty Images)
Photograph by Oli Scarff — AFP via Getty Images

Euel Elliott is a professor of public policy and political economy and associate dean in the School of Economic, Political and Policy Sciences at the University of Texas at Dallas.

Who could have predicted in February that, come July 13, David Cameron would be out as British prime minister and Theresa May would be on her way to meet Queen Elizabeth, where she was asked to form another Conservative government? After all, when Cameron first called for a referendum to determine whether Britain would stay in the European Union, few observers gave Brexit supporters much chance of success. But what seemed at the time among many to be a smart decision proved to be one of the greatest political miscalculations of all time. The stunning Brexit victory sent political and economic shockwaves around the world, and are still reverberating today. But May, who take her place yesterday on the Tory front bench as the new British prime minister—the second woman in British politics, the first being Margaret Thatcher, to be prime minister—is more than qualified to lead the U.K. through Brexit.

The Brexit victory has certainly upended British politics. Cameron, fresh off a stunning general election victory in May of last year when he led the Tories to a comfortable governing majority in the House of Commons, seemed set for another four or five years as prime minister (general elections in Britain are required to be held no longer than five years from the previous election, but the government can always call an election before that deadline). His miscalculation on Brexit shattered those plans, and immediately following the vote, announced his resignation as prime minister, pending the Conservative Party’s selection of a new leader, who by virtue of his or her party’s being in the majority in parliament, would automatically become prime minister.

The contest for Conservative Party leader turned out to be short-lived. Boris Johnson, who was clearly the favorite to become prime minister in the wake of Cameron’s resignation, stunned the political world by withdrawing from the contest. Michael Gove, the justice minister who, along with Johnson and Nigel Farage of the British United Kingdom Independence Party (UKIP), had led the Brexit campaign, was damaged by his own (successful) effort to force Johnson out of the race, producing the inevitable claims that Gove had been engaging in backstabbing. With Johnson sidelined and Gove crippled, the stage was set for May, a centrist with a relatively ill-defined ideology, but one who had campaigned with Cameron for staying in the EU.

In the end, it was anticlimactic. May, and Energy Secretary Andrea Leadsom—clearly identified as more on the right wing of the party and an enthusiastic supporter of Brexit—had emerged as the two finalists following a series of votes by the Conservative parliamentary caucus. May and Leadsom were slated to campaign among the Tory rank-and-file, with the final decision being in the hands of Tory Party members, where Leadsom was popular, and might have had an edge. However, she stunned the political world by announcing at the end of last week that it was time for the party to unify behind May, and that she was withdrawing from the contest.

May brings considerable political skills to the job. She has served in the House of Commons since 1997, and has been home secretary since 2010, when Cameron became prime minister following the May 2010 general election (which saw the Conservatives and Liberal Democrats forming a coalition government). As home secretary, often described as the “political graveyard” for political ambition, May has navigated the treacherous political waters of British politics with considerable acumen, and has had to deal with politically contentious issues, ranging from the treatment of terrorists to the always politically divisive education policy, and cultural issues such as gay marriage (which she supported). What may have secured her position as prime minister, however, had been her statement following Brexit that, even though she supported staying, she would work diligently to negotiate Britain’s withdrawal from the EU. In effect, “Brexit means Brexit.” This may have helped her with many Tories who might otherwise have been suspicious of her candidacy.

May takes the prime ministership at a time when, in addition to the critical issue of managing the withdrawal from the EU, she may need to navigate the always-perilous waters of electoral politics. Jeremy Corbyn, the leader of the Labour Party, has called for a snap election, something that has horrified many Labourites, and especially given the fact that the party’s leadership is being challenged by those distinctly unhappy with his own performance during the referendum, when his tepid support for “remain” may have contributed to many Labour “remain” supporters staying home. But while a snap election offers the enticing possibility for May to increase the Tory majority in Parliament, there is always a risk that it could backfire.

May seems to be a good fit for the immense job of prime minister, and if her choices for her cabinet are any indication, she will likely seek to govern through the formation of consensus within the fractious Tory Party. George Osborne, chancellor of the exchequer (the equivalent to the U.S. treasury secretary), is out, and has been replaced by Philip Hammond, who had served as foreign secretary, and a Euroskeptic who advocated for staying in the EU—but only if it was reformed. Hammond is balanced by Boris Johnson, named foreign secretary, and who had led the “leave” campaign, and David Davis, a longtime Euroskeptic who will, for all practical purposes, be in charge of the negotiations with the EU over British withdrawal. May appears to be moving to appointing women to high positions in the cabinet, as evidenced by Amber Rudd’s elevation from the energy and climate change portfolio to home secretary, where she may be groomed as a possible successor to May. Additional announcements will likely be forthcoming over the next few days.

The next several months will be fascinating indeed, as the new prime minister has to negotiate the promise of Brexit with the ever-shifting electoral tides.