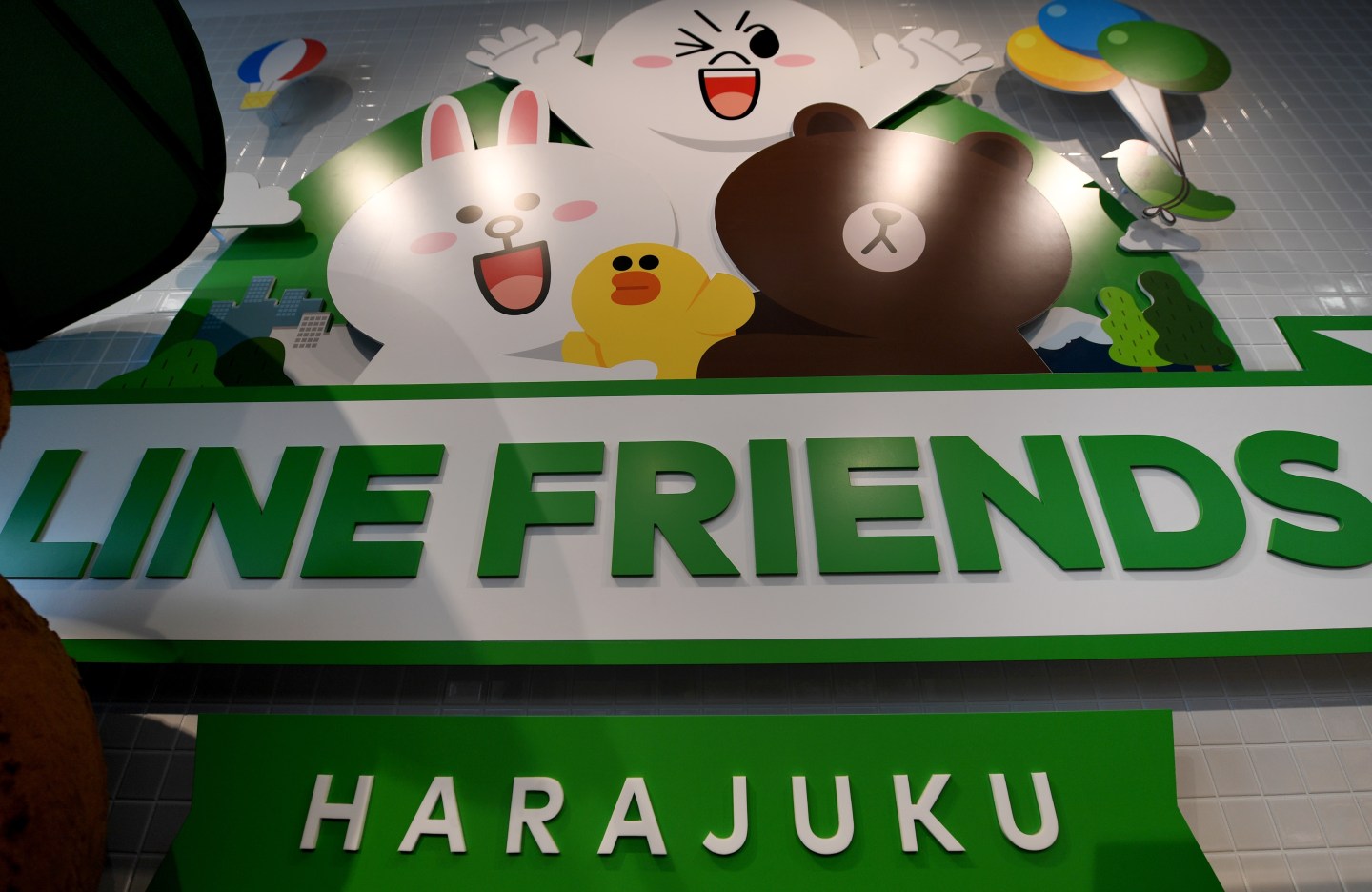 Line, the company behind one of Asia’s most popular messaging apps, completed its initial public offering on the New York Stock Exchange Thursday. Trading opened at $42 per share under the ticker LN, making it the largest tech IPO Wall Street has seen so far this year.

While Line has become a major force in the messaging space since its debut in 2011, the name is likely unfamiliar to many outside of Asia. Here’s an overview of Line and some key facts about the company.

Line has 218.4 million monthly active users, the company said in its most recent earnings report. Most of those users are based in Japan, Taiwan, Thailand, and Indonesia, although the company says it’s also seeing growth in the Middle East. By comparison, Facebook Messenger has more than 900 million monthly active users, while popular Chinese messenger WeChat has more than 700 million and WhatsApp boasts 1 billion.

Stickers and games are an important part of the Line experience and the company’s business model. The Tokyo-based corporation earns more than $270 million from selling packs of stickers, according to CNBC. Line has called stickers — which come in themed packs featuring characters — the “main pillar” of its communications business. More recently, apps like Facebook Messenger and Apple’s iMessage have followed suit by incorporating stickers into their services.

Line’s platform reaches far beyond basic messaging and calling. The company operates its own mobile wallet service called Line Pay, as well as a news service called Line News, which allows media outlets to create accounts to distribute content. It has also experimented with grocery delivery in Thailand and launched an Uber-like ride hailing service in Tokyo. Content also accounts for a chunk of Line’s popularity, with the company’s mobile games racking up a cumulative 628 million downloads, according to CNBC. Line also operates its own music and video streaming services.

Line was created to provide communication during the aftermath of the natural disasters that struck Japan in 2011. Employees of NHN Japan, which runs the country’s Naver search engine, created Line after a tsunami and earthquake disrupted phone service. Line eventually became a unit of the company and reached 50 million users in just over one year, according to Reuters. By comparison, it took Facebook more than three years to hit 58 million users.