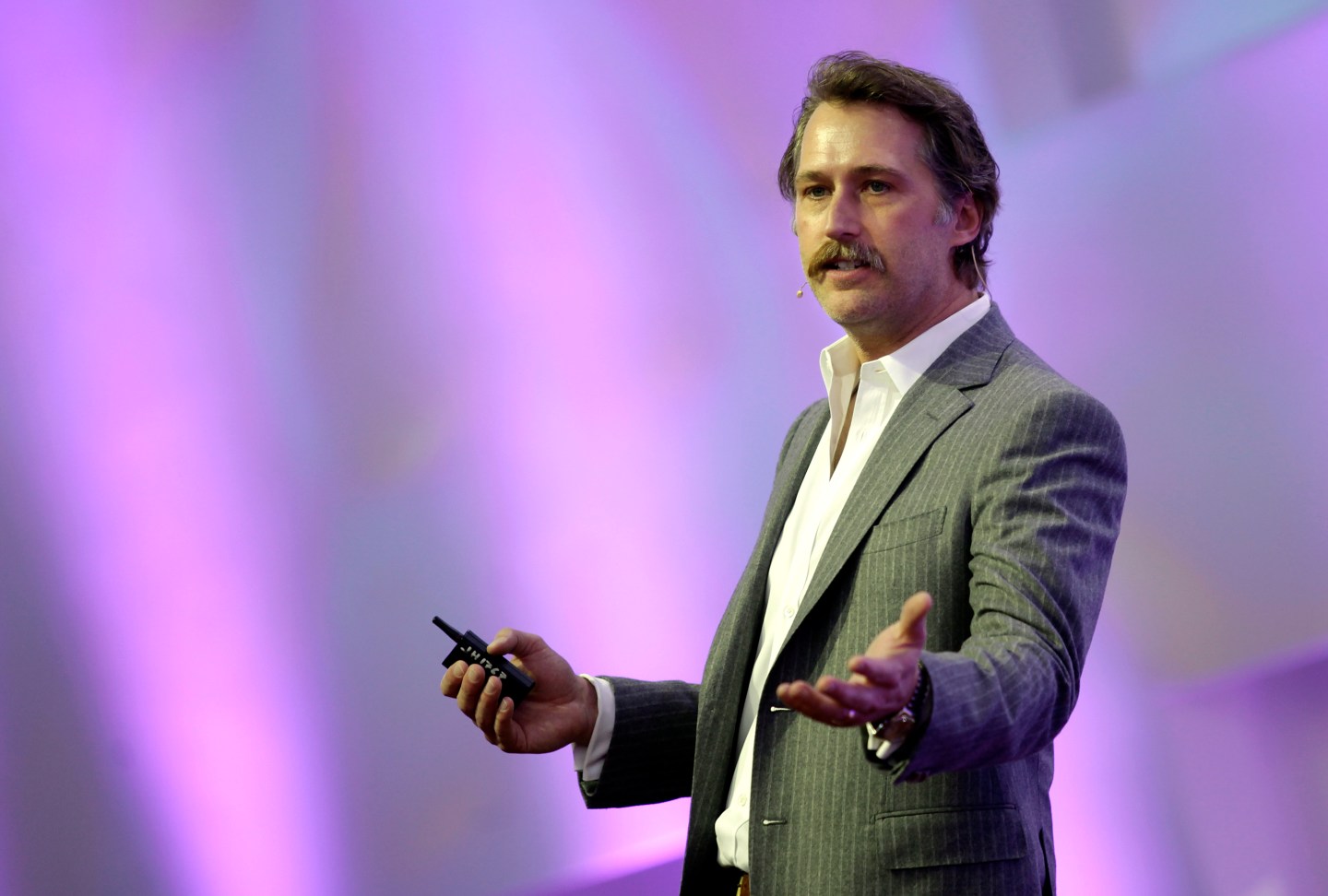 Brogan BamBrogan, co-founder and CTO at Hyperloop One, talks about the future of transportation during a press conference in Las Vegas on May 10, 2016. The Hyperloop One startup intent on zipping people along at near-supersonic speeds in pressurized tubes announced that the French national rail company had joined its growing list of backers. Hyperloop One said that it closed an $80 million round of second round of financing with funding coming an array of investors, including GE Ventures and France's SNCF. / AFP / John GURZINSKI (Photo credit should read JOHN GURZINSKI/AFP/Getty Images)
John Gurzinski — AFP/Getty Images

Updated with statement from attorneys on both sides of issue.

The legal wrangling over a co-founder’s ouster is heating up at Hyperloop One, a startup that is trying to develop a futuristic transportation system that would propel passengers at hundreds of miles an hour in small pods.

A Los Angeles judge Thursday denied a request by co-founder Brogan BamBrogan for a temporary restraining order against Afshin Pishevar, Hyperloop One’s former general counsel and the brother of the company’s other co-founder, Shervin Pishevar. A judge denied the request because BamBrogan and Pishevar no longer work together, according to a report from Recode.

Justin Berger, an attorney for Brogan BamBrogan said in a statement that they respect the decision and hope that the threatening behavior does not continue.

“If the threats do resume, however, we will be back in court to protect our client,” Berger continued. “This ruling, of course, has no bearing on the lawsuit that Mr. BamBrogan and his former colleagues filed against Hyperloop One for wrongful termination, breach of fiduciary duty, infliction of emotional distress and other misconduct. That lawsuit is pending, as is our request that the Board of Hyperloop One protect investors by investigating the serious misuse of investor funds and mismanagement that exists under the current leadership.”

Orin Snyder, an attorney representing Hyperloop One, said in a statement that the court’s denial of “this harassing motion after less than a minute of deliberation speaks for itself.” After noting that the defeat was the “starting gun for exposing the lies behind the sham lawsuit filed” by BamBrogan earlier this month, Snyder said the company will file a countersuit next week.

“Our lawsuit will expose this cynical use of the legal system for what it is: a smokescreen designed to cover up a botched attempt to take over the company,” he added.

BamBrogan, who was also chief technology officer, left the company abruptly last month. At the time, a company spokesman declined to comment on the change, only noting that BamBrogan has “decided to take a step back from Hyperloop One” and that “we appreciate everything that he has done to put us on the path to creating the world’s first Hyperloop.”

Two weeks later, BamBrogan filed a lawsuit that included the details behind his sudden departure from the company. (Read the lawsuit here). He accused the company and its executives of defamation, breach of contract and wrongful termination.

Prior to BamBrogan’s departure and lawsuit, Hyperloop One appeared to gain some traction by winning over investors and government officials interested in the high-speed transport system, the idea for which was first floated by Tesla and SpaceX CEO Elon Musk in 2013.

Hyperloop One and competitor Hyperloop Transportation Technologies were among the first to jump at the idea.

This startup wants to build a better Hyperloop:

In May, Hyperloop One raised $80 million in a Series B funding round from a mix of existing investors such as Caspian Venture Partners, EightVC, Sherpa Ventures, and ZhenFund as well as new investors, including GE Ventures, Fast Digital, Khosla Ventures, France’s national railway SNCF, and Western Technology Investment.

The company, along with Summa Group, the industrial port logistics, engineering, and oil and gas conglomerate owned by Russian oligarch Ziyavudin Magomedov, also announced an agreement with city of Moscow to explore building high-capacity passenger systems connected to the Russian city’s transport system.