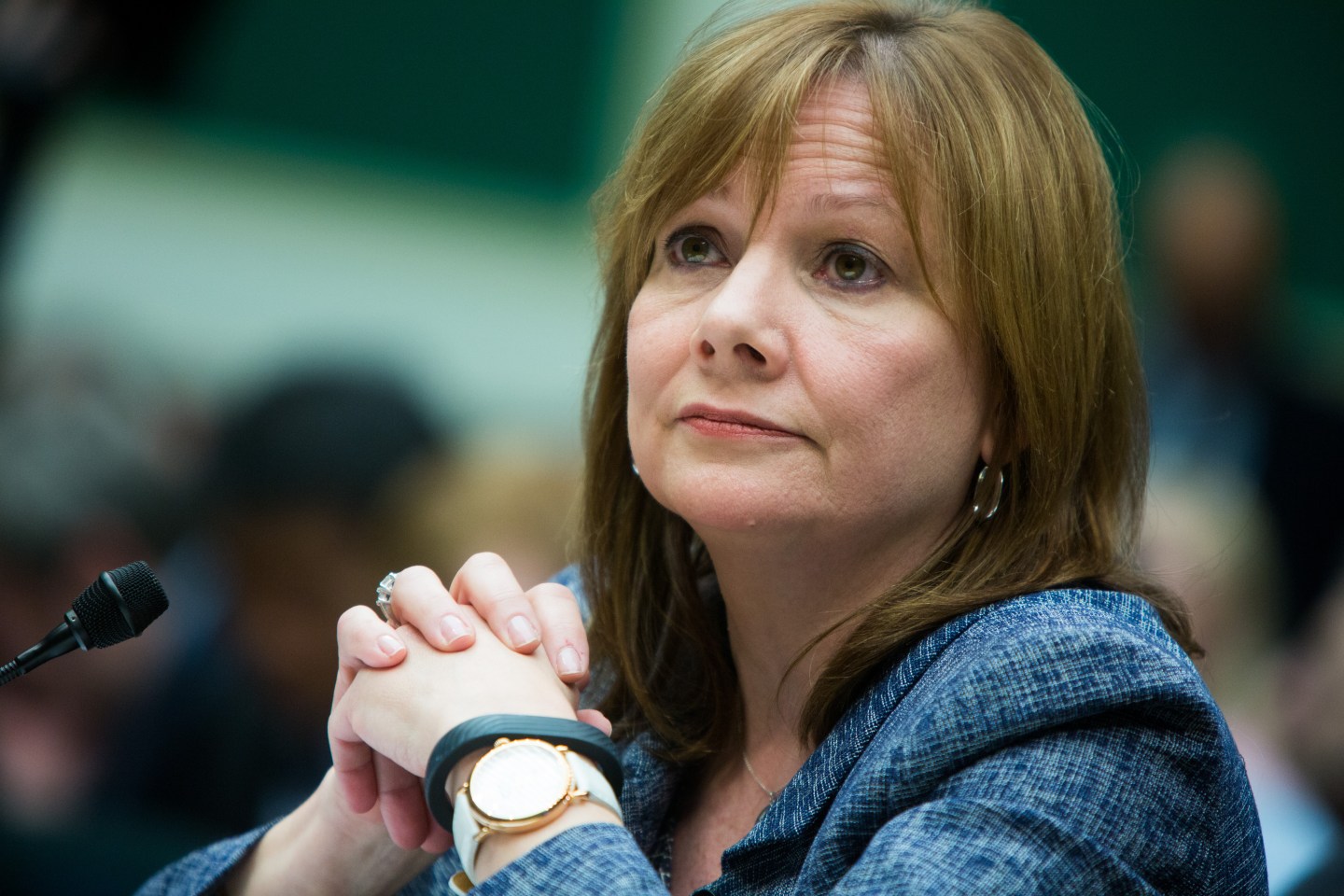 General Motors CEO Mary Barra testifies before the full House Energy and Commerce hearing room in a hearing entitled "The GM Ignition Switch Recall: Why Did It Take So Long?" April 1, 2014 on Capitol Hill in Washington, DC.
Photograph by Allison Shelley — Getty Images

General Motors’ 2009 bankruptcy does not shield it from lawsuits over a deadly ignition-switch defect that led to criminal charges against the automaker and prompted the recall of 2.6 million vehicles in 2014, a federal appeals court ruled on Wednesday.

The 2nd U.S. Circuit Court of Appeals in Manhattan said barring plaintiffs from suing GM (GM) over crashes and lost vehicle value stemming from the faulty switch would violate their constitutional rights to due process, since they had not been notified of the defect prior to GM’s bankruptcy.

The ruling effectively rebuffs GM’s attempts to block hundreds of customer lawsuits over faulty ignition switches, and other vehicles components, on grounds that they were automatically barred by the company’s 2009 bankruptcy sale to a new corporate entity.

“Due process applies even in a company’s moment of crisis,” the opinion stated.

The 2nd Circuit’s decision affects some injury and death cases stemming from pre-bankruptcy crashes, according to a lawyer for those plaintiffs, Robert Hilliard. It will also impact claims from customers who say their vehicles lost value as a result of the ignition switch and recalls involving other parts, which plaintiffs’ lawyers have estimated to be worth between $7 billion and $10 billion.

A lead lawyer for those economic-loss plaintiffs, Steve Berman, said in a statement that millions of customers’ claims would move forward as a result of the ruling. “The appeals court’s ruling today solidifies something we have known from the very beginning of this suit—GM’s bankruptcy filing was a calculated move in its effort to conceal and cover up its actions,” Berman said in a statement.

GM spokesman James Cain said the decision does not address the merits of the underlying claims, which must be litigated. “Many of the claims we face have been brought on behalf of car owners who want to be compensated even though they have not suffered any loss,” he said in a statement.

A federal judge overseeing consolidated litigation over the recalls is currently weighing GM’s motion to dismiss those economic-loss cases.

The 2nd Circuit appeal stemmed from a 2015 decision from the judge who oversaw GM’s 2009 bankruptcy, which created “New GM” to contain valuable assets while leaving behind most of its burdensome liabilities with “Old GM.”

U.S. Bankruptcy Judge Robert Gerber, now retired, ruled in 2015 that New GM was shielded from liability over Old GM’s pre-bankruptcy actions, but he allowed some “independent” claims based solely on New GM’s conduct to proceed.

Some lawyers for GM customers argued that New GM should not be protected because it knowingly concealed the switch defect for more than a decade before it recalled the vehicles in 2014.

“Old GM—if reasonably diligent—surely should have known about the defect,” the 2nd Circuit wrote.

The defective switch could slip out of place, causing the engines on some older GM models to shut down without warning, disabling safety features including air bags.

GM has already paid $2 billion in criminal and civil penalties and settlements over the switch, including a $900 million payment to resolve a U.S. criminal investigation into its handling of the defect. The company has admitted that certain employees knew about the problem for more than a decade before a recall was ordered.

The part has been linked to 124 deaths and 275 injuries, according to a compensation fund set up by GM for claims involving the ignition switch.

The fund was administered by Washington lawyer Kenneth Feinberg, who has also administered claims funds for victims of the Sept. 11, 2001 attacks and the 2013 Boston Marathon bombings, among other prominent cases.

Cases involving injuries or deaths in post-bankruptcy crashes were not affected by the bankruptcy court order. Two cases involving post-2009 crashes blamed on the ignition switch have gone to trial so far in Manhattan federal court. One was dismissed mid-trial, and the jury found GM’s switch was not at fault in the other.

For more, read: GM Averts Having To Close Its Factories

Through the Feinberg fund and other agreements with certain plaintiffs’ lawyers, GM has already settled more than 1,000 injury and death claims, and has said in court hearings that it is making progress toward resolving others.

Clarence Ditlow, executive director of the Center for Auto Safety, hailed the 2nd Circuit’s decision as a win for consumers. “GM consumers got a major victory in their ignition switch lawsuits that were previously barred by the U.S. bankruptcy court,” he said.

GM noted in a regulatory filing in April that an adverse appeals court decision “could have a substantial impact on the potential liability of GM for acts or conduct of General Motors Corporation and what claims plaintiffs may pursue against GM in the multidistrict litigation and other courts.”