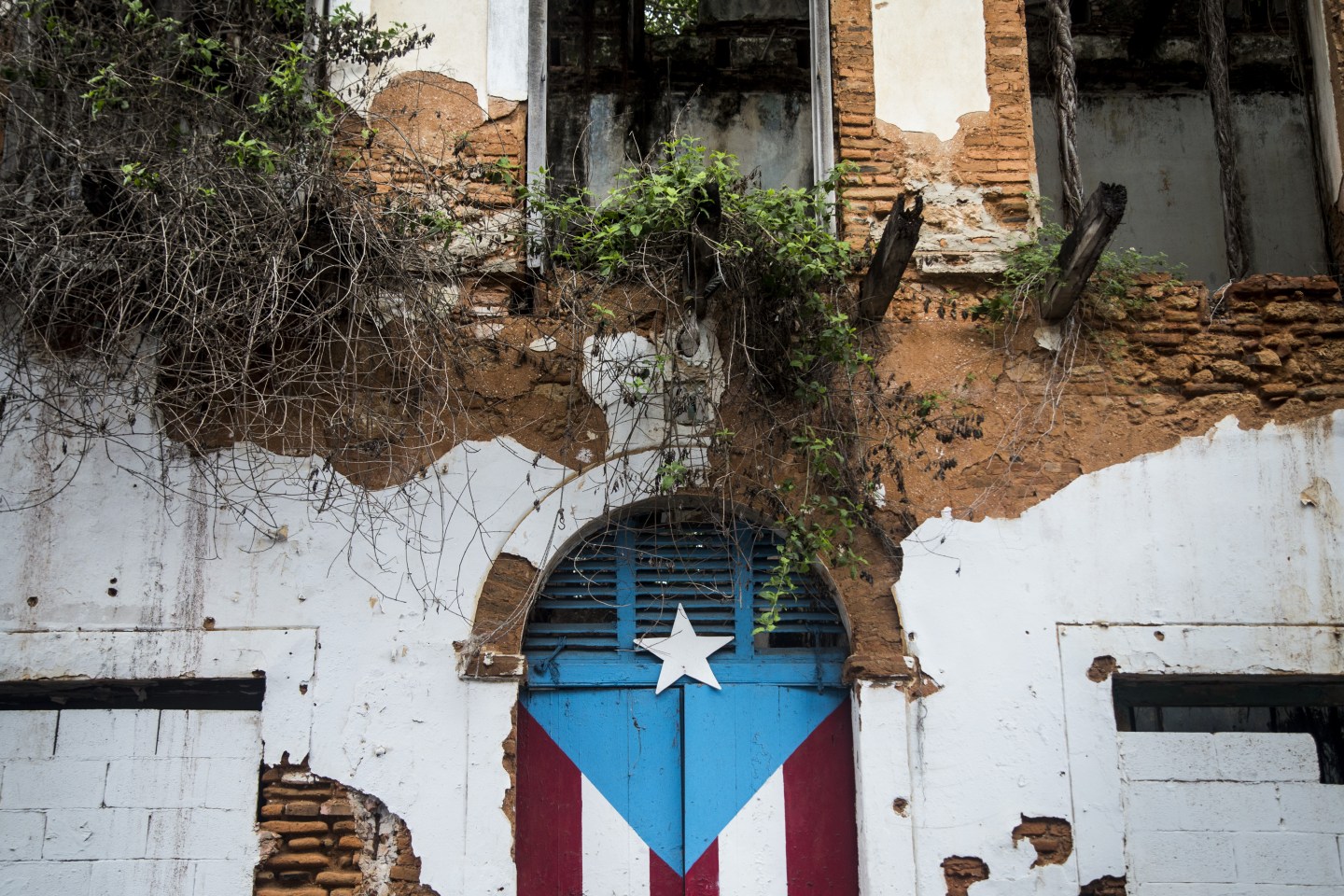 A Puerto Rican flag is seen painted on the doorway of an abandoned building in San Juan, Puerto Rico, on Sunday, May 1, 2016. Puerto Rico will default on a $422 million bond payment for its Government Development Bank, escalating what is turning into the biggest crisis ever in the $3.7 trillion market that state and local entities use to access financing. Photographer: Erika P. Rodriguez/Bloomberg via Getty Images
Photograph by Erika P. Rodriguez — Bloomberg via Getty Images

Amílcar Antonio Barreto is an associate professor of political science, international affairs, and public policy at Northeastern University. He is also the director of its MA Program in International Affairs.

In Puerto Rico’s hyper-partisan milieu, official holidays are saturated with deeply conflicting interpretations. Typically, Fourth of July commemorations follow a predictable pattern: pro-Commonwealth supporters celebrate it modestly, statehood advocates proclaim it the holiest day on their political calendar and revere it in grand fashion, and those favoring the island’s independence from the United States utilize the day to protest U.S. colonial rule. This year, though, things were different.

Thanks to the bill President Obama signed on June 30, the newly created oversight board, a federally appointed body, will dictate the economic fate of the island’s 3 million residents. The board is authorized to overrule the fiscal decisions of Puerto Rico’s elected government, and will do so in the name of that government. An entity Congress ostensibly created to rectify the island’s financial crisis, it will ultimately fall short of Washington’s goal of adequately addressing Puerto Rico’s financial woes while inflicting damage on federal-territorial relations.

Politically, the oversight board represents the re-imposition of direct colonial rule and shatters the myth of the Commonwealth’s autonomy. If the mere existence of this board is bad, its impending membership makes it worse. Congress designed it to eschew all but token Puerto Rican membership—the very people whose fate it will control. It’s an echo of the first half of the 20th century when U.S. presidents appointed the island’s governors—mostly monolingual English speakers with little, if any, understanding of the people they were about to rule—without input from the local populace. A majority of the board members, four out of seven, will be appointed from lists provided by House Speaker Paul Ryan and Senate Majority Leader Mitch McConnell. Given their strong ties to corporate interests, these two Republic leaders are highly likely to make appointments to satisfy Wall Street’s interests over those of Puerto Ricans. Thus, islanders are likely to see increases in already high local taxes, continued cuts in government services—moves that will add to the island’s already appalling unemployment rate—and are unlikely to see adequate debt forgiveness.

The likely budget cuts are coming at a time when some hospitals are closing or on the verge of closing their doors, while health professionals are confronting the proliferation of the Zika virus. Congress naturalized Puerto Ricans en masse 99 years ago and has conscripted them in every major conflict since World War I. Their ineligibility to serve on the very entity overseeing their financial fate suggests that although Puerto Ricans carry U.S. passports, theirs is a second-tier U.S. citizenship. And congressional rules regarding the board’s membership reinforces the contention that Puerto Rico is, in the words of the U.S. Supreme Court in Downes v. Bidwell, “foreign to the United States in a domestic sense.”

If Commonwealth supporters are gloomy, their statehood rivals are not much happier. Ultimately, the board’s creation was instigated not by Puerto Ricans’ suffering, but calls from U.S.-based business interests in the name of their investors holding billions of dollars in Puerto Rican bonds. Indifference to the suffering of Puerto Rican islanders is a not-so-subtle hint that Congress has no interest in discussing any change in status, and that includes statehood. In the past few decades, emotions ran high whenever Congress discussed the statehood question. Puerto Ricans’ commitment to democratic rule and their military service were not at issue. Rather, the cultural differences between the island and the mainland provoked the most contentious debates. This territory’s economic plight is so dire that discussing those differences is simply unnecessary.

It is little consolation for independence supporters to mutter, “I told you so”—118 years of colonial rule, and counting—when every month, thousands respond to the economic crisis by resettling on the U.S. mainland. The board was not authorized to address the matter of federal tax incentives. Congress blissfully ignored warnings that the demise of Section 936—the federal tax incentives needed to attract manufacturing plants to the island and sustain its economy—would spell economic disaster. Congress abolished it in 1996, and the last incentives were phased out in 2006. Without the authority to reintroduce these incentives, the board cannot alter the island’s deteriorating economic conditions or avert the mass exodus off of the island. Those most tempted to relocate are typically young, well-educated, bilingual, and middle class. These are the very people Puerto Rico will need were it ever to recover. Their departure is not only a troubling sign today, but foreshadows a worsening economic climate tomorrow.

We should not forget that the island’s economic calamity is the result of two major forces. First, islanders are the victims of numerous, fiscally irresponsible, pro-Commonwealth and pro-statehood administrations. There is little debate about that point. Second, they are also casualties of the federal government’s decision to scrap Section 936. Congress blissfully ignored warnings in the mid-1990s that the demise of Section 936 would spell economic disaster, and those predictions have come to pass. Suffering from historic myopia, federal lawmakers quickly point to the first variable, thus putting all of the blame on Puerto Rico’s Commonwealth government, while blissfully ignoring the second. Without addressing the second critical factor, the board will only inflict more pain without holding out the hope of seriously addressing deeper economic structures.