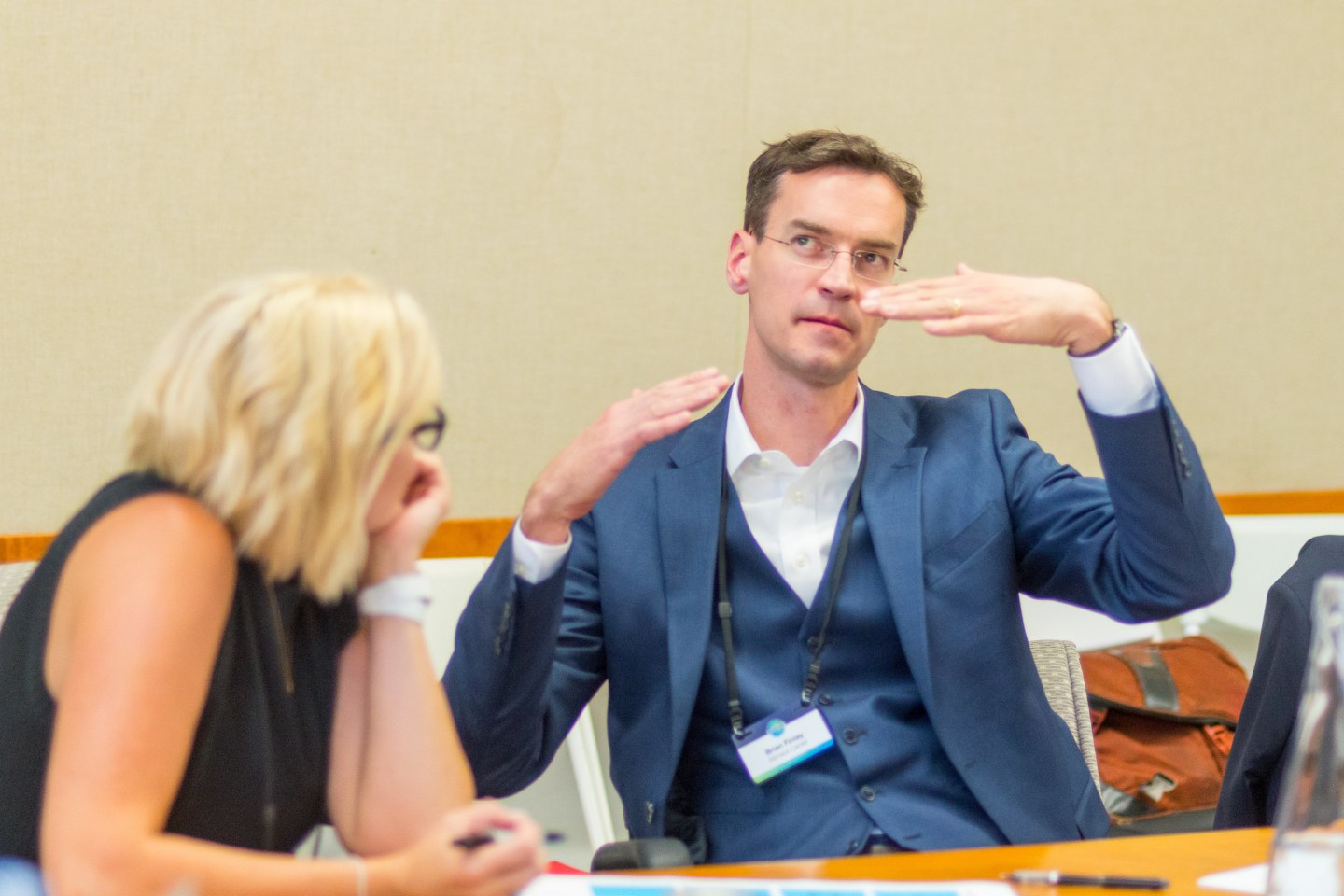 Here are three plotlines for a Hollywood thriller:

1. Yuri (Benicio del Toro), a down-on-his-luck Moldovan nuclear engineer tries to sell two grams of enriched uranium on the black market. Yuri is caught by Anya (Scarlett Johansson), a Hungarian-born Interpol agent pretending to be a buyer for ISIS. They fall in love—but she still puts him away.

2. Maurice (Gérard Depardieu), a plump, nearly retired security guard at a nuclear facility, successfully smuggles spent fuel rods out of a reactor in Chinon, France. He is caught only after he confesses his crime to his village priest.

As canned as these scenarios—all fictional, I should add—may seem, they are preposterously, ludicrously, and frighteningly closer to reality than almost anyone would realize. Indeed, 419 similar plotlines played out in real life from 1993 to 2013, said Erika Gregory, director of N Square, a two-year-old pilot program designed to spark ideas and build partnerships with the goal of ending the threat of nuclear weapons. That is the number of cases—that we know of, she says—in which nuclear or radiological materials were smuggled or stolen worldwide during those years.

Gregory spoke at a riveting (and scary) roundtable discussion at Fortune’s Brainstorm Tech conference Tuesday afternoon. She was joined by acclaimed author Eric Schlosser—whose recent book, Command and Control: Nuclear Weapons, the Damascus Accident, and the Illusion of Safety, was a 2014 finalist for the Pulitzer Prize—and Brian Finlay, CEO of the nonprofit Stimson Center, a nonpartisan think tank devoted to finding solutions to major global challenges.

The very lucky common denominator in these 419 scenarios, each of the speakers pointed out, was that all of the smugglers were caught. But with 16,000 nuclear weapons still siloed and stockpiled around the globe—and with more than 400 nuclear power reactors in operation, and untold amounts of radiological material (for medical, construction, and mining uses, for example) resting in weakly controlled environments—it may be only a matter of time until luck runs out.

If there was a ray of good news that emerged from the discussion, it was that private enterprise may offer the best hope for easing this cataclysmic threat. Private industry, said Finlay, “moves faster, is more innovative, and can operationalize solutions to challenges much more expeditiously.” Part of what his organization does is to serve as a broker between private enterprise and government, trying to find that “shared value” on grand challenges like the proliferation of nuclear weapons.

Stimson is studying the private insurance marketplace, for instance, to see if there’s a way to create incentives for nuclear power operators to breed in better security standards. It’s working with tech firms to figure out ways to identify and screen supply chains of companies that sell so-called “dual use items” (things like special vacuum tubes, for example, that can be used in both commercial applications and for generating weapons-grade material). And it’s working with data-analytics firms at major ports to help spot smuggled radiological cargo.

The work hasn’t gotten much attention yet, unfortunately. Maybe they should cast Jack Black in a promo.