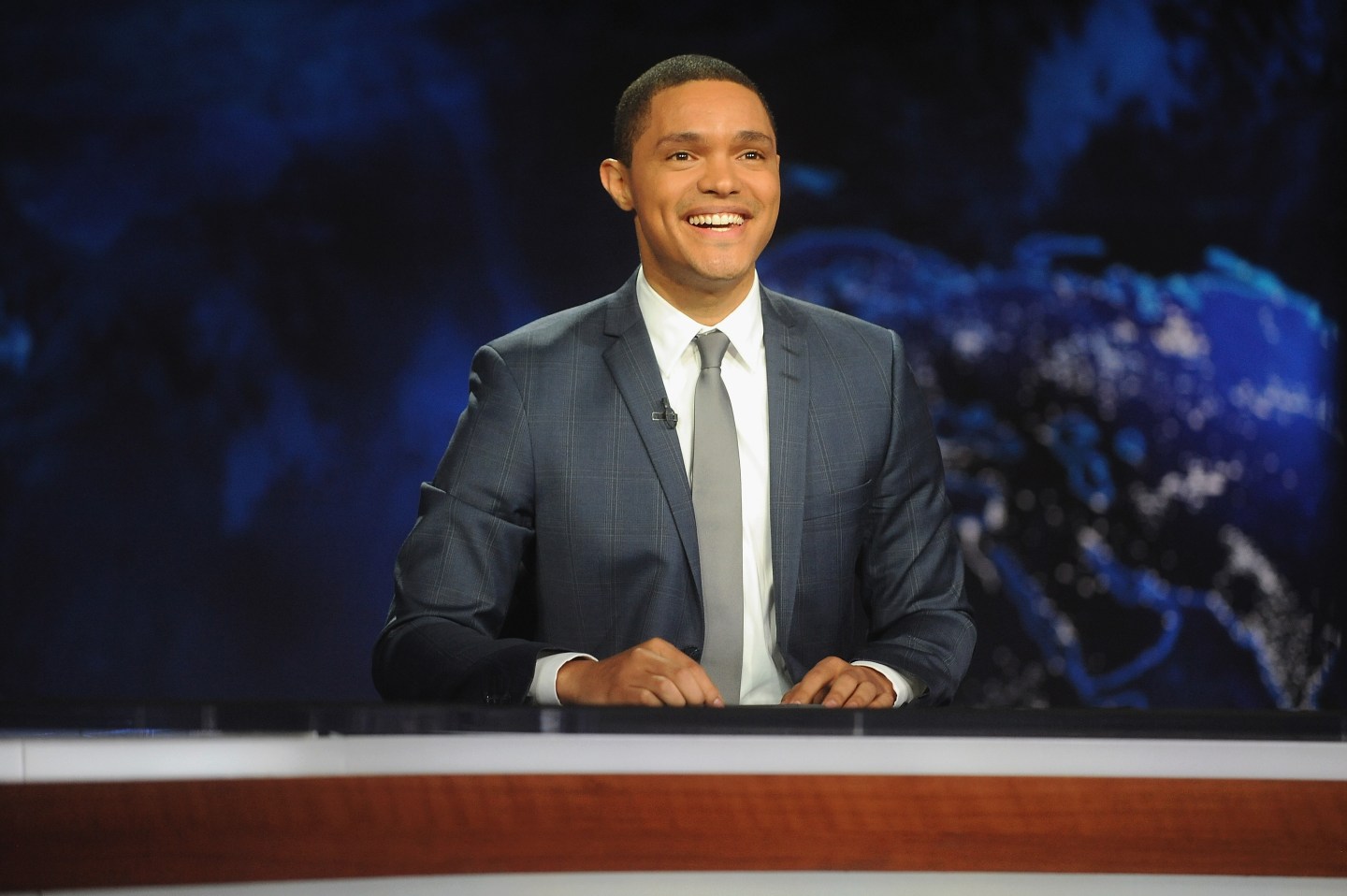 According to Trevor Noah, you shouldn’t expect to see Donald Trump on The Daily Show anytime soon.

Although he would love to interview the presumptive Republican nominee, in a recent appearance on Bloomberg Politics’ Masters in Politics podcast, Noah said, “I don’t think he would ever come. I think Donald Trump purposefully stays away from places where he feels like he’ll be tested so I don’t think that would ever happen.”

According to Bloomberg, Noah, not unlike his predecessor Jon Stewart, regards Trump as the comedic gift that keeps on giving.

“A man who comes out in support of Saddam Hussein? Every single day, we sit in the office and we say, ‘Donald Trump surely surely cannot say anything crazier than this,’ and every day he says something that shocks us,” Noah said, commenting on Trump’s recent comments praising the late Iraqi leader as a terrorist killer. “I don’t know how he does it, he’s a force of nature and you have to commend him for that.”

Stuart Stevens, Republican strategist and the author of the new novel The Innocent Have Nothing to Fear, commented on Trump’s chances of winning the presidency in the second half of the same episode of Masters in Politics.

“He can’t argue a case in five logical sentences. Everything is about him. He reacts to everything,” Stevens said. “I think he’s going to go down to historic defeat.”

Stevens also commented that he thinks Trump will pick Newt Gingrich as a running mate because the former U.S. House speaker is “a known quantity” and good debater, as well as remarking that Hillary Clinton’s attacks on Trump have been stronger than those of his Republican primary rivals.

Noah, who took over The Daily Show from Stewart in 2015, was no stranger to the show before becoming its host. Noah joined the Comedy Central show as a correspondent in December of 2014, before he landed the hosting gig just a few months later. Before becoming the shows’ host, Noah had appeared on it just a handful of times. He sought laughs by comparing recent racial and socioeconomic issues in the U.S. with his own upbringing in South Africa.