Google’s Self Driving Car Project Gets Its Own Chief Lawyer 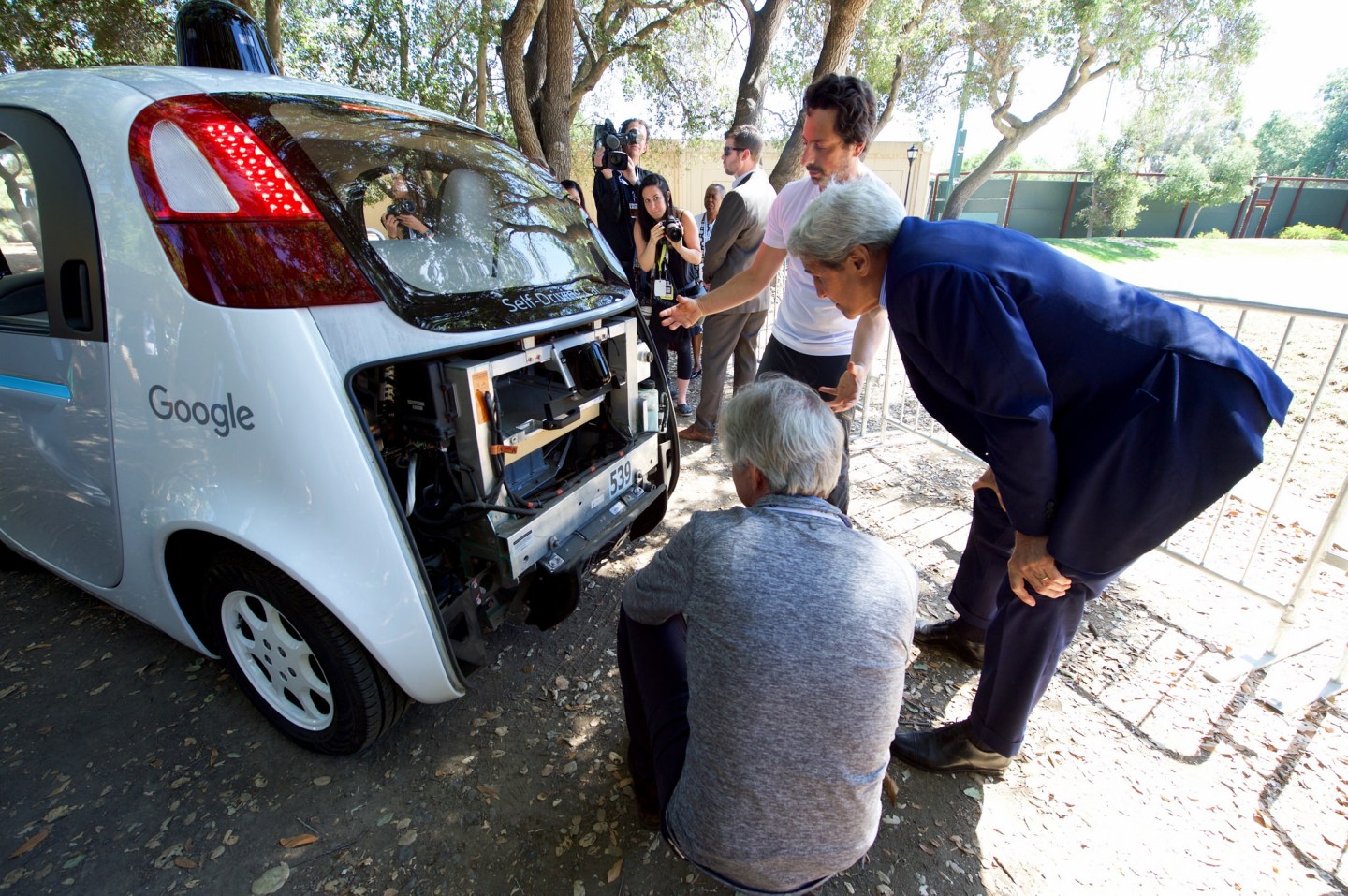 Courtesy of the U.S. State Department

Google’s self-driving car project has created a general counsel position—and hired Kevin Vosen, the chief legal officer of The Climate Corporation to fill it—as it prepares to shift from moonshot to company.

Alphabet’s Google has teams of lawyers. And even the Google self-driving project, which is housed under X (the division where the company’s experimental projects reside), has lawyers. But until now, it’s never had one dedicated to the project full time and of this level of seniority.

The hiring, first reported by Recode, was confirmed by a Google spokesman. According to his LinkedIn profile, Vosen has worked for The Climate Corporation for the past eight years. The Climate Corporation, which was acquired by Monsanto in 2013 for $930 million, is a data company that helps farmers make financial decisions and increase profitability. Vosen was responsible for all of The Climate Corporation’s legal affairs, including strategic transactions, commercial, litigation, and regulatory compliance. He was also a member of Monsanto’s management advisory council.

The hiring comes at a critical time for Google, which wants to commercialize self-driving cars by 2020. The project already has a CEO and a director. Until now, a chief lawyer has been a missing piece.

Self-driving cars that still look and feel like traditional vehicles face relatively few regulatory and legal barriers. (Although the scrutiny of even semi-autonomous features like Tesla’s hands-free autopilot technology, has ramped up in recent weeks.)

But companies like Google that envision a self-driving car without a steering wheel or foot pedals face significant restraints, according to a preliminary report released in March by the U.S. Department of Transportation. The federal government has not been prepared to regulate or certify Google’s self-driving prototype—nor any other conceptual vehicle that isn’t equipped with standard manual controls.

Google just shared its self-driving car tech with an automaker:

That’s about to change. This month, the Department of Transportation is expected to issue operational guidelines for how automated vehicle technology should be tested and regulated, as well as a model policy for states to help end the mishmash of rules that threaten to slow down the development of self-driving cars. The DOT and the National Highway Traffic Safety Administration have been working on the guidelines since January.

A patchwork of rules has already developed in states such as California, where numerous companies—including Daimler and Google—are testing self-driving car technology on public roads. In December 2015, California’s Department of Motor Vehicles issued draft rules in an effort to address the thorny questions involving autonomous vehicles around licensing, registration, certification, and safety—as well as cyber security and privacy. The draft rules include strict limits on the emerging technology, a position Google has said will place a ceiling on the potential for fully self-driving cars.