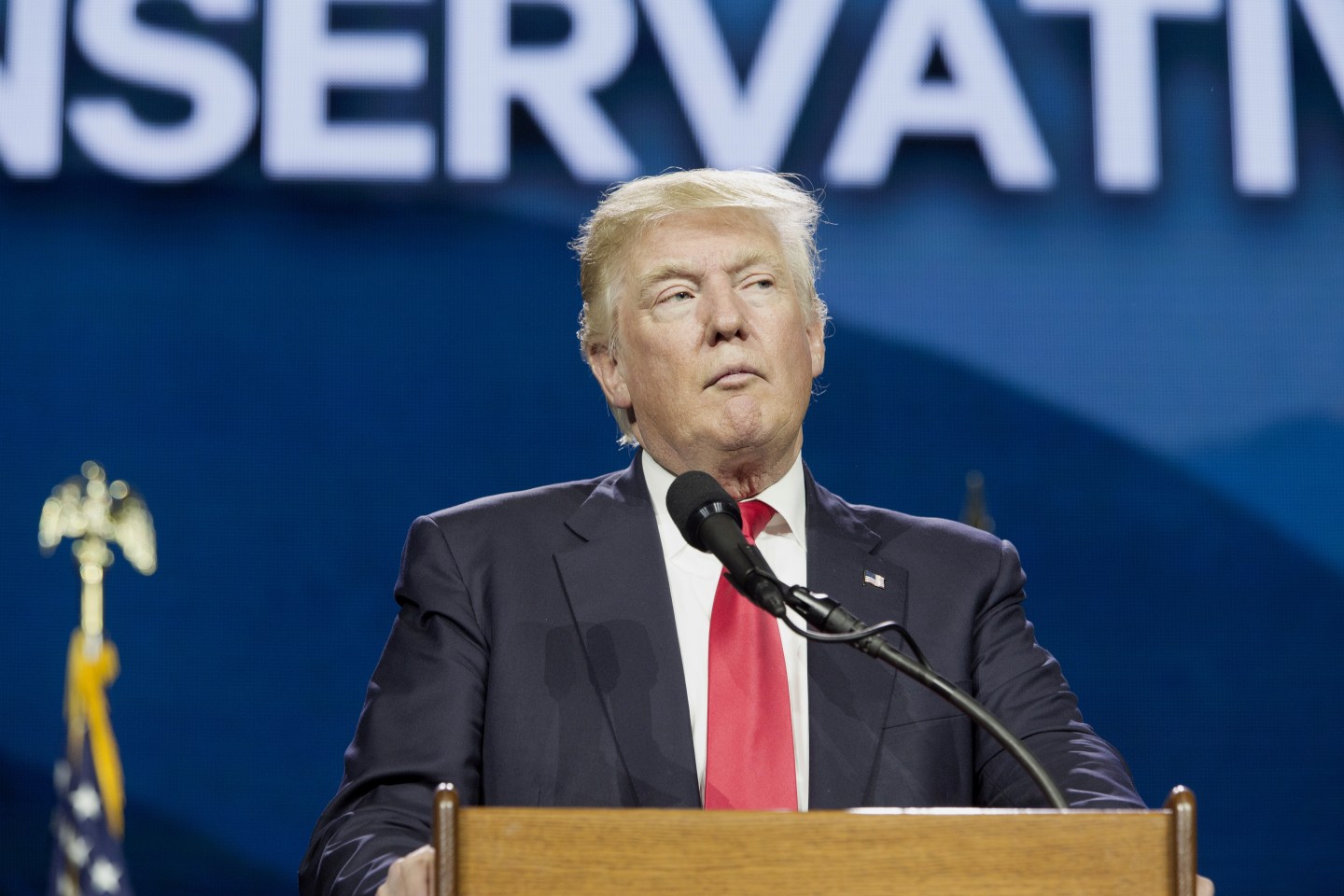 Donald Trump, presumptive Republican presidential nominee, pauses while speaking during the Western Conservative Summit in Denver, Colorado, U.S., on Friday, July 1, 2016. Trump is looking to project party unity in the Hamptons next week, when he'll huddle with Republican National Committee Chairman Reince Priebus at a fundraiser featuring top donors to some of his former rivals. Photographer: Matthew Staver/Bloomberg via Getty Images
Photo by Matthew Staver—Bloomberg via Getty Images

Plenty of prominent American politicians have labeled themselves “mavericks.” John McCain, Rand Paul, and even Bernie Sanders spring to mind as politicians who prided themselves on not playing by the normal rules of the political game, and used that independent streak to attract voters.

All of those candidates, though, knew the basics of how to run a political campaign. Fundraising. Staffing. Taking advantage of opponents’ mistakes. Donald Trump, who is perhaps the most maverick candidate to rise to prominence in the past several decades, still seems to have no knowledge of those things.

This has become increasingly evident in recent days, as Trump’s campaign continues to falter. If there was some hope among Republicans that the firing of controversial campaign manager Corey Lewandowski would lead to a professionalization of the Trump campaign, that hasn’t come to bear.

Trump’s eschewing of political norms may have helped win votes in the Republican primary, but it could hurt him when going up against a well-funded and well-organized candidate like Hillary Clinton.

First, there was the report on Tuesday night of “red flags” in Trump’s latest campaign finance filings. CNBC notes that six-figure payments were made paid to campaign staff for nontaxable expenses, double reimbursements granted to some staffers, and no disclosure of vendors that some staffers were paying.

Then there were the reports last month that Trump was being badly out-fundraised by Clinton and had a skeletal campaign staff at his disposal.

And then there’s the matter of Trump’s ability on the stump. Tuesday had the potential to be one of the worst days of Hillary Clinton’s presidential campaign. Though the FBI chose not to recommend she be indicted for her use of a personal e-mail server while she was Secretary of State, FBI Director James Comey gave a press conference where he raked Clinton over the coals, saying she was “extremely careless” with classified information and could have exposed state secrets to hostile governments.

A more competent candidate would have hammered Comey’s comments home and would have refused to talk about anything else. Instead, in a rally on Tuesday evening, Trump opted to rehash an old argument of his that Saddam Hussein wasn’t so bad because he “killed terrorists.” Comments like these force mainstream Republicans to distance themselves even more from Trump, rather than rally behind him in a coordinated effort to question Hillary Clinton’s judgment.

There is still time for Trump to find his campaign sea legs, but he should do it quickly.