The First Apple Emoji Sticker Packs Are Blasts From the Past 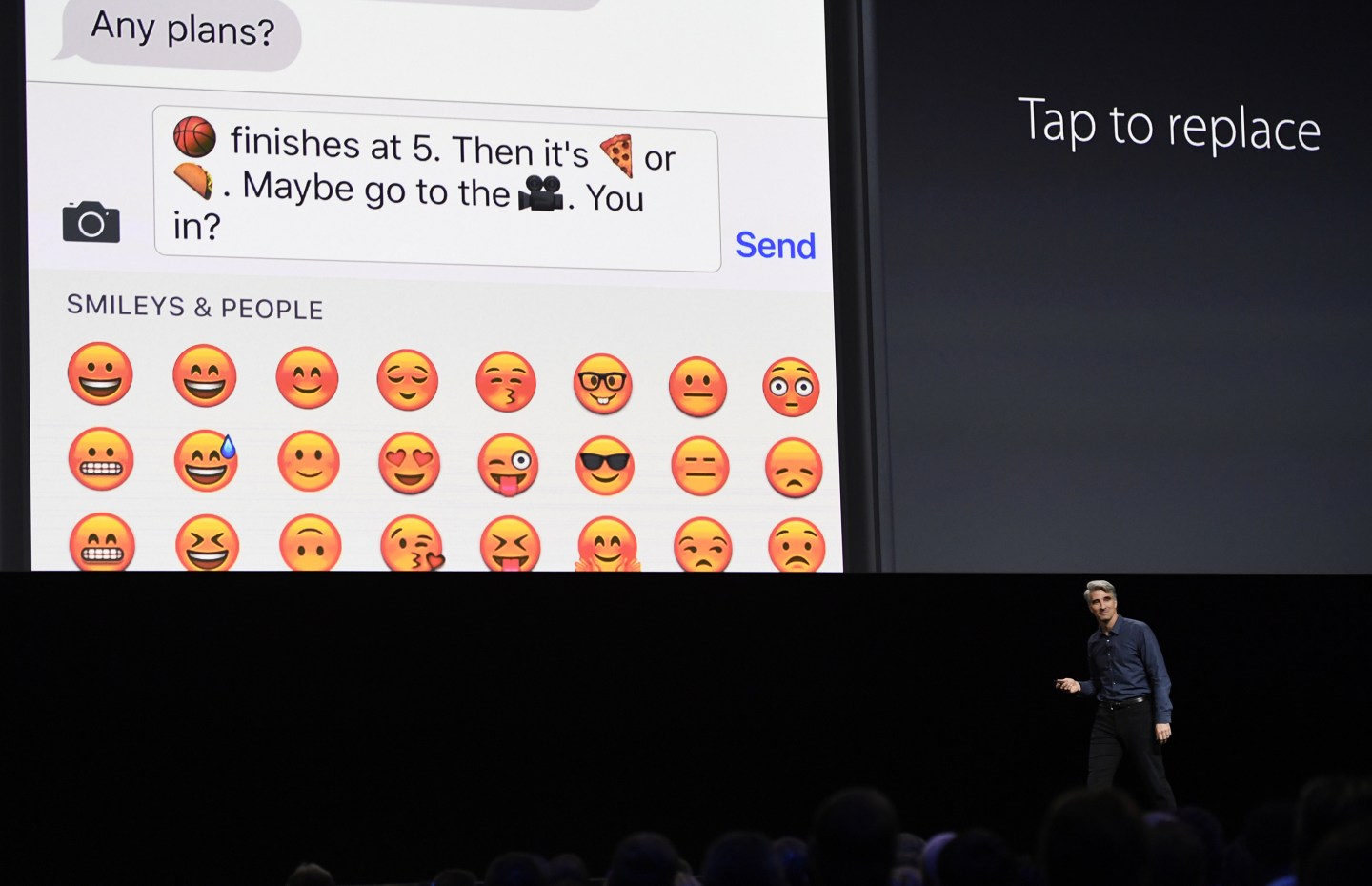 As Apple promised at its Worldwide Developers Conference (WWDC) last month, stickers will be coming to its messaging service iMessage. The tech giant has now delivered some of its own.

Apple (AAPL) recently released four apps that users can download to add stickers to iMessage. However, the feature is only available to iOS 10 users, so those hoping to append and peel stickers away from the messaging app will have to wait to try it out in the fall when the operating system launches, or download the public beta this month.

Apple announced a slew of improvements to its iMessage app at WWDC last month. The application, which allows users to message each other, will include the new stickers function in iOS 10. With stickers, users can pick from their collections and add them to their conversation. They can also be “peeled” like real-life stickers. Apple opened iMessage to third-party developers, which means many more sticker apps will be coming to the operating system in the coming months as iOS 10’s launch nears.

Indeed, Apple called iOS 10 the biggest update it’s made since the operating system’s launch in 2007. In addition to iMessage improvements, the operating system comes with a refreshed design in Apple Music, security upgrades, the ability to copy-and-paste from iOS to macOS and back, and much more. It’ll be available as a free download in the fall, though those who want to try it out can do so starting this month as part of Apple’s public beta. Developers have had their hands on the operating system since WWDC last month.

Although Apple’s stickers are only available to iOS 10 users, the apps are currently available in the company’s App Store. Those not running the upcoming Apple operating system won’t be able to try them out, but those who are can get them up and running right now.

While the sticker collections aren’t necessarily groundbreaking, if nothing else, “Classic Mac” is a welcome blast from the past.