Barack Obama May Want To Become a VC 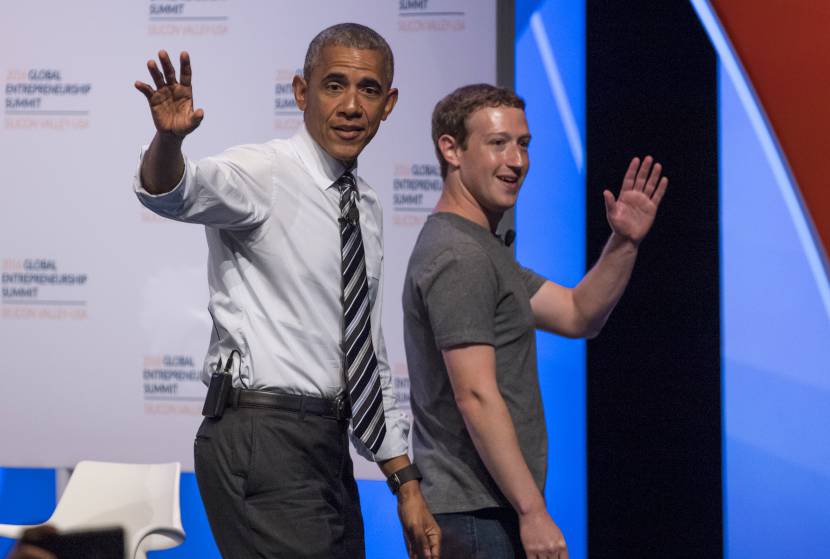 U.S. President Barack Obama, left, and Mark Zuckerberg, chief executive officer and founder of Facebook Inc., wave to the audience at the conclusion of their panel discussion during the 2016 Global Entrepreneurship Summit (GES) at Stanford University in Stanford, California, U.S., on Friday, June 24, 2016. The annual event brings together entrepreneurs from around the world for 3 days of networking, workshops and conferences. Photographer: David Paul Morris/Bloomberg via Getty Images
Photograph by David Paul Morris — Bloomberg via Getty Images

President Obama got Silicon Valley buzzing last week, by suggesting to Bloomberg that he might have post-presidency interest in some sort of venture capital effort. From the interview:

“The skill set of starting my presidential campaigns—and building the kinds of teams that we did and marketing ideas—I think would be the same kinds of skills that I would enjoy exercising in the private sector… The conversations I have with Silicon Valley and with venture capital pull together my interests in science and organization in a way I find really satisfying.”

Obama would hardly be the first well-known politician to enter the venture capital or private equity market. Al Gore at Kleiner Perkins Caufield & Byers is the most notable example, but there are plenty of others — and he could always ask pals like Tim Geithner (Warburg Pincus) or Deval Patrick (Bain Capital) for their thoughts on the matter.

Obama, however, would be the market’s first former president. Thus the buzz.

What’s particularly amusing, however, is the number of VCs who have said either publicly (via Twitter) or privately (I’ve had several of these conversations in recent days) that Obama wouldn’t be a shoe-in for a general partner role at their firm, should he have interest. You’re either lying to me, or to yourselves.

To be clear, I don’t expect Obama to join an existing firm on Sand Hill Road, or anywhere else for that matter. If he does choose the VC path, expect him to launch something of his own, based in D.C. with some sort of social responsibility bent. But with the possible exception of investment firms tied to Peter Thiel, every single venture capital firm would welcome Obama with open arms, were the opportunity presented.

We’re well past the days in which VC firms only added partners with investing experience, and clearly Obama had some pretty significant “operational” work on his resume. I’m pretty sure that overseeing the world’s largest economy trumps the ability to model a cap table.

More importantly, a lot of today’s VC world is about getting meetings with the hottest young entrepreneurs, and it’s hard to imagine many founders turning down a pitch session with Obama (it’s the difference between Silicon Valley star power, and actual star power).

Again, this is just a thought experiment. But if for some reason Obama does want to join Sand Hill Road’s Evian-washed masses, the door will be open.