How IBM’s Watson Supercomputer Is Going to Help 10,000 Veterans 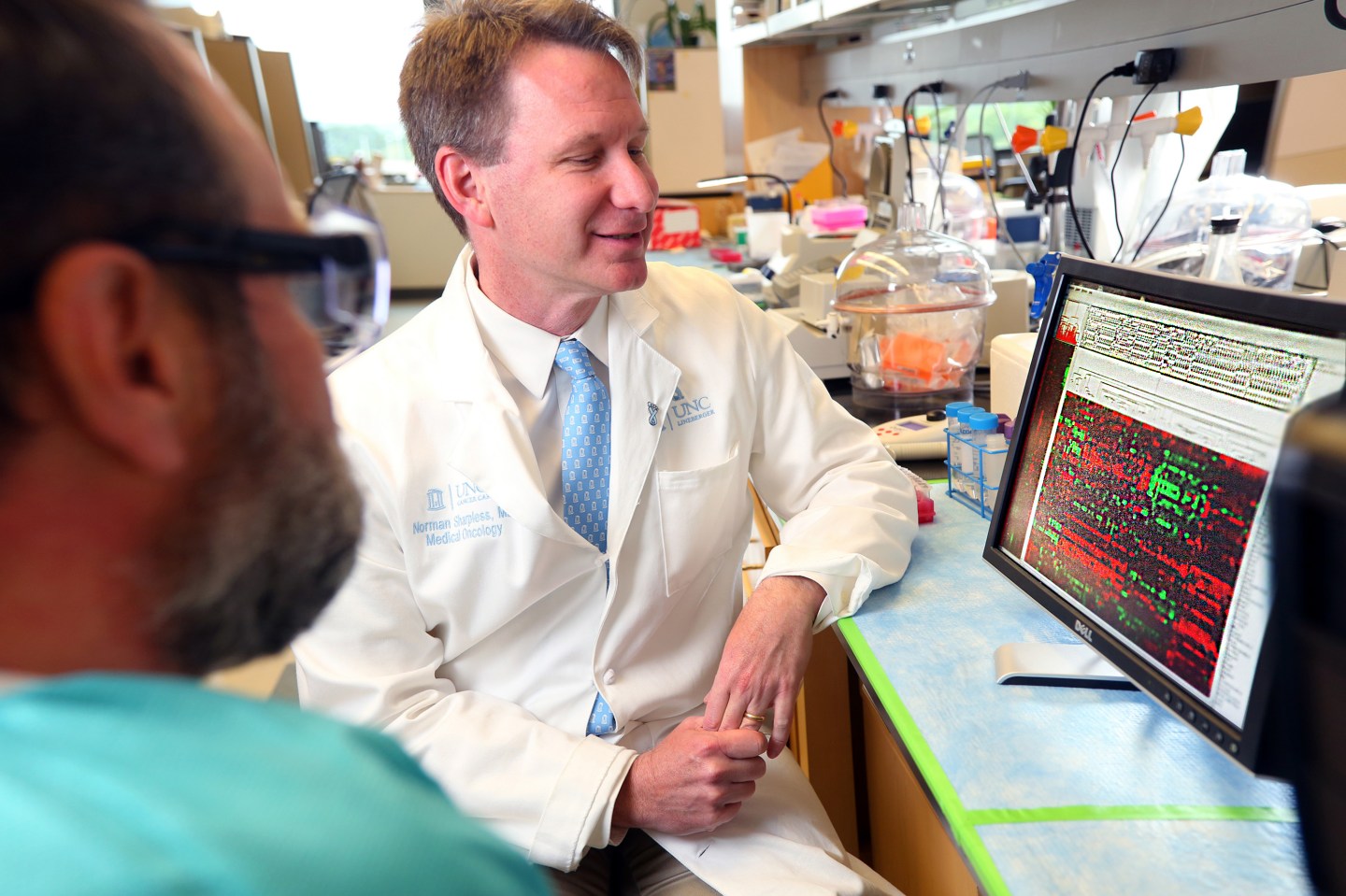 IBM is teaming up with the federal government to bring Watson technology into America’s largest hospital and healthcare network. The initiative is one of the first public-private partnerships setup as part of Vice President Joe Biden’s Cancer Moonshot program.

The partnership will bring IBM’s Watson for Genomics technology into the U.S. Department of Veterans Affair’s hospitals and doctors’ offices so that more former soldiers can access the best in precision medicine in the battle against cancer. That means veterans will now have top tier access to innovative genomic treatment options. Some 3.5% of the nation’s care patients are being treated at VA facilities, the largest group of cancer patients within a single health care group.

Over the next two years, the VA hopes to treat 10,000 American veterans with targeted cancer therapies, an almost 30-fold increase from the number that is currently using those therapies today within the VA system. The initiative, which will be implemented and analyzing patient data by the third quarter this year, also gives the VA some much needed good news after investigations revealed ongoing manipulation of patient wait times and corruption among some employees.

Watson for Genomics can provide accurate genomic analysis of a cancer’s DNA by cross-referencing the sequencing data with a comprehensive database of existing medical literature. It can create, within minutes, a report for physicians identifying likely cancer-causing mutations and provides a list of potential therapies ranked by levels of evidence, replacing a previously time-intensive process.

“Genetic alterations are responsible for most cancers, but it remains challenging for most clinicians to deliver on the promise of precision medicine due to the sheer volume of data surrounding each decision that needs to be made,” said David J. Shulkin, Under Secretary for Health at the Department of Veterans Affairs in a statement. “By applying Watson to this problem, we see an opportunity to scale access to precision medicine for America’s veterans, a group most deserving of the best care in the world.”

The public-private partnership is due to be officially announced Wednesday at the National Cancer Moonshot Summit, a gathering of scientists, oncologists, donors, and patients in Washington, D.C. The daylong conference is focused on more than a 100 different types of cancers and is meant to galvanize Biden’s cancer initiative, which aims to achieve a “decade worth of advances in 5 years.” The Cancer Moonshot is doing that with a multi-prong approach, offering funding, targeted incentives, and increased private-sector coordination.

“It’s not just about developing game-changing treatments–it’s about delivering them those who need them,” Biden wrote in a post announcing the Cancer Moonshot in January.

Right now, the way precision medicine works at top tier institutes is a board of 10 to 15 doctors, known as Molecular Tumor Boards, meet once a week to examine the DNA of cancer cells of about a dozen patients. They look for mutations in genetic sequences and then determine the best specific treatment to fight that abnormality. At that rate, that ends up equaling about 1,000 cases per year, notes Steve Harvey, vice president of IBM Watson Health.

If Watson for Genomics can help the VA expand its precision medicine program to 10,000 cases over two years, it should be quite meaningful for the Cancer Moonshot efforts. Watson for Genomics can sort patients by level of need, sending more straight-forward analyses directly to the treating oncologist; the more complex cases are reviewed and discussed by these expert boards. Another benefit with Watson for Genomics: patients don’t have to live near the top tier cancer institutes in areas like Boston or Houston or New York City to get the most innovative care.

“Regardless of where you live, if your treating oncologist can have the same access to treatment alternatives and fact-based information as an oncologist in Boston or an oncologist in New York, that really is the democratization of health care.”