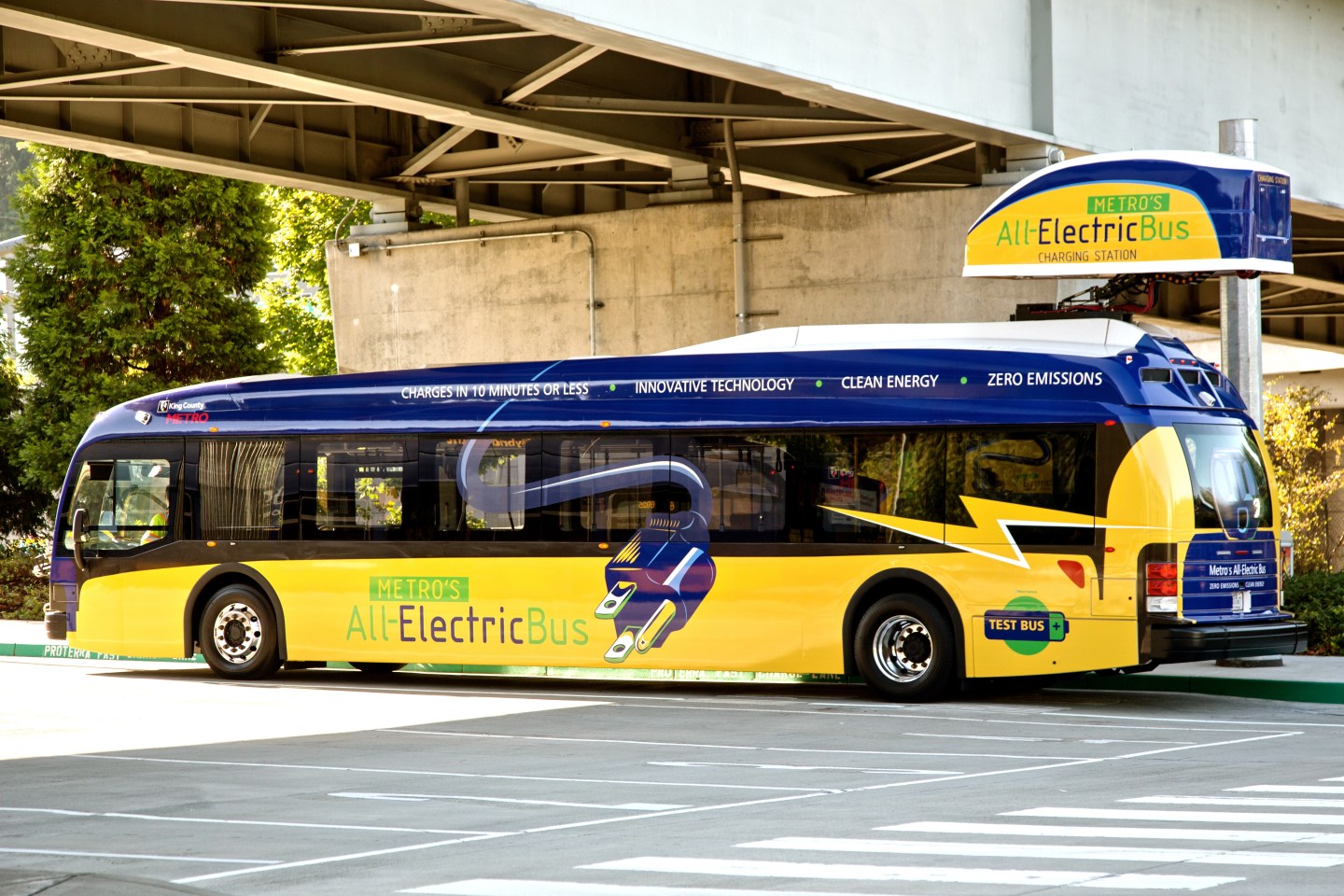 Courtesy of Protera/Photo by Ned Ahrens

Proterra, a startup that makes all-electric buses, is releasing its patents on its fast-charging technology, a move aimed at accelerating the adoption of electric transportation.

The company said on Tuesday that it would grant anyone royalty-free access to its patents covering its single-blade overhead charging design as well other related components. Proterra said it’s working with its suppliers to open up the charging design to third parties.

“We really want to stay focused on perfecting electric vehicles for the transit bus industry,” CEO Ryan Popple told Fortune. “One of the ways we can help other entities not have to reinvent the wheel or reinvent the charger, is to open this up, provide information, and supplier access and let other companies go after applications that really aren’t core to us or our customers.”

For instance, a charging infrastructure company that focuses on passenger vehicles could take this technology and build out chargers for delivery trucks or buses.

Releasing the patents also helps remove the fear, uncertainty, and doubt that some of the fossil fuel competitors in this industry have tried to use to slow down electric vehicle adoption, Popple said, explaining that diesel bus manufacturers have told cities evaluating EV buses that they’ll be locked into using Proterra’s vehicles and chargers.

“This idea really started with one of our customers who had a concern that had been fed to them by a diesel bus manufacturer,” he said. “We had to ask ourselves, ‘Do we want 100% market share of a small market, or do we want to remove that uncertainty entirely and be willing to compete against other vehicle companies?'”

In the end, the company decided it was better to be 50% of the entire transit market than 80% of the niche of electric vehicles.

The fast-charging tech is a nice fit for companies with heavy duty electric vehicles such as buses or even delivery trucks that get a lot of use, said Popple. “This is probably overkill for light-duty vehicles. You need this kind of power level if you’re moving a big vehicle and if your energy consumption per mile is higher.”

Popple’s reasoning is similar to Tesla CEO Elon Musk’s explanation for releasing his company’s patents two years ago. At the time, Musk said the decision was to encourage large automakers to bring more electric vehicles to market.

However, there are differences between what Proterra is offering compared with Tesla’s patent release, which came with an asterisks of sorts. “Tesla will not initiate patent lawsuits against anyone who, in good faith, wants to use our technology,” Musk wrote in a post at the time. That good faith clause has left open the possibility that Tesla (TSLA) could sue on the patents if they feel a company isn’t acting in good faith. So far, Tesla hasn’t take such action.

Opening up these patents could benefit Proterra, Popple noted. “There’s no limit as to where this technology can go,” he said. “As fast-charging scales in the heavy duty sector, the nice thing is it will bring the cost down for everybody.”

Last June, Proterra raised $55 million, $25 million of which was debt financing with Hercules Technology Growth Capital, as well as $30 million in equity from new and existing investors. Proterra previously raised about $135 million.

As of June 2016, Proterra has sold more than 206 vehicles to 26 municipal and university transit agencies throughout North America.