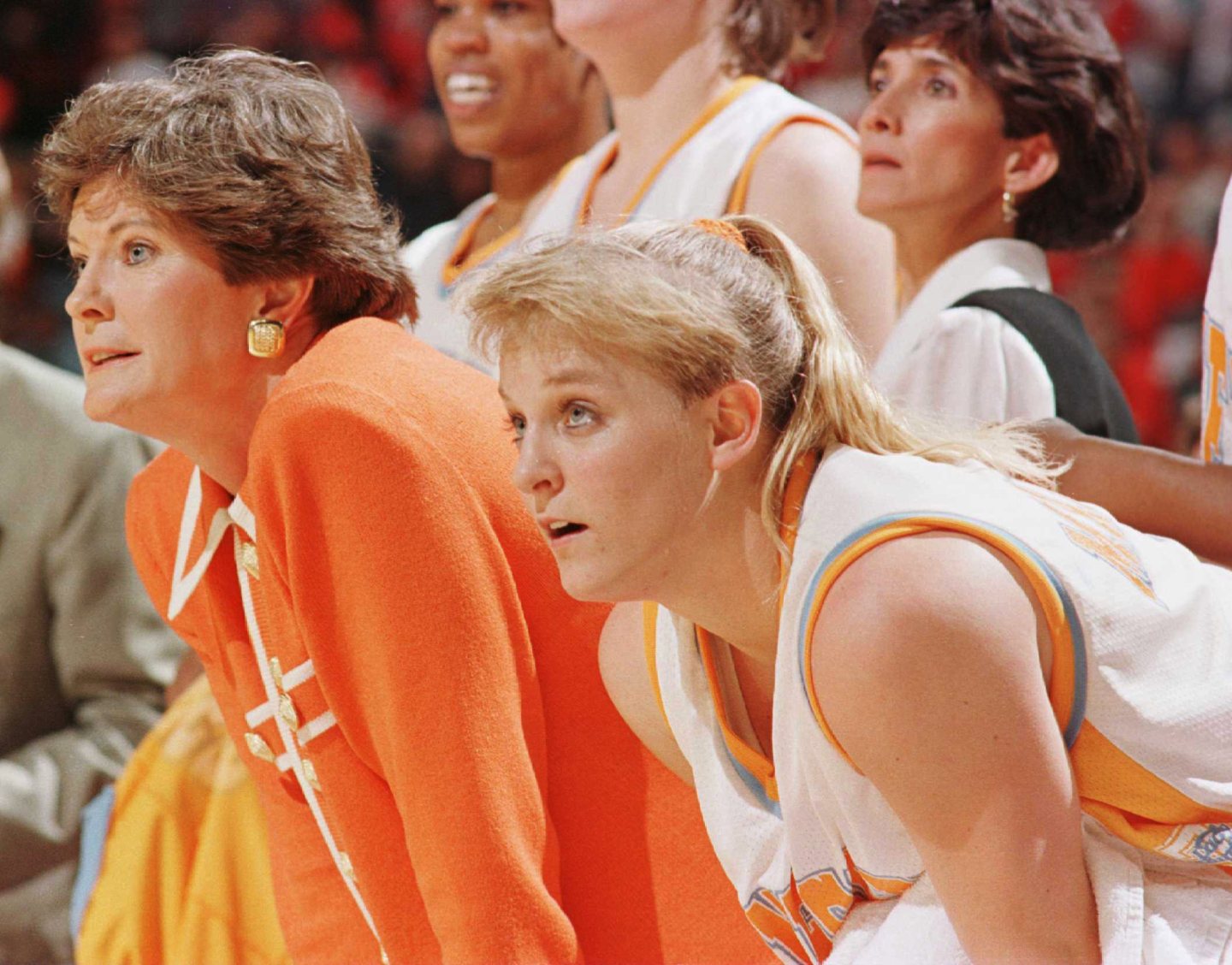 31 Mar 1996: Coach Pat Summitt of Tennessee and Michelle Marciniak watch the final seconds of the sencond half as the Lady Volunteers defeat Georgia in the championship game of the NCAA Women''s Final Four played at Charlotte Coliseum in Charlotte, North C
Photograph by Jonathan Daniel — Getty Images

Pat Summitt, the winningest Division 1 coach in the history of college basketball, died on Tuesday at 64 after a battle with early-onset Alzheimer’s.

In 2011, when the then-University of Tennessee Lady Vols coach first made the stunning announcement that she was suffering from the disease, Fortune’s Pattie Sellers asked Michelle Marciniak, who was once one of Summitt’s top players, to explain what made her former coach so successful. Marciniak, the MVP of the ’96 national champion Tennessee team, played in the WNBA and coached at the University of South Carolina before going on to become co-founder and co-CEO of SHEEX, which sells “high-performance” bedding made out of temperature-control athletic fabric. Here’s what she had to say:

Pat and I had a love-hate relationship when I played for her at Tennessee. I had a tremendous work ethic and a passion to play the game like no other, but I was young and tried to do things “my way” while Pat was coaching me “her way.” Regardless of the ways that I drove Pat crazy with my Polish stubbornness, there was never a time I lost respect for her.

Pat is a Champion–thinks like a champion and coached me with endless passion and gutless determination. She didn’t care if I liked her or agreed with her. Pat wanted results. She thinks in terms of “championships.” She sets the bar so high that anything less than a national championship “isn’t good enough.”

When you play for Pat, winning is an expectation. And when you win, there are no slaps on the back, no congratulations. You are, after all, one game closer to winning a championship–which is always the “bar”–but you’re still not there yet. Work needs to get done to tweak, refine and work toward the greater goal. The goal is pristine execution. When you get sloppy, you lose. There is no “it was an ugly win, but we’ll take it” in Pat Summitt-speak. If that happens, you are in for a punishing day at the gym. On the flip side, when you lose a game at Tennessee, it’s not acceptable. The punishing day just crossed over to brutal.

There’s only one thing that is “good enough” for Pat, and that is when you cut down that championship net. I had the unique experience to play for two national championships at Tennessee: won one and lost one. Lost my junior year and dealt with the demands of Pat breathing down my neck that it “wasn’t good enough” until the day I led my team to a national championship my senior year. Painful? Yes. Scary? I was scared to death. Pressure? You can’t imagine how much…but Pat prepared me through a constant refining process.

When someone pushes you that intensely–pushes you to be better than you think you can ever be (even as you are fighting, kicking and screaming), you begin to make new molds for yourself. You grow in ways you never thought imaginable and you learn life lessons that you carry with you for the rest of your existence on earth. As I have. Starting my SHEEX business and living the life of an entrepreneur has been one of the most challenging things I have ever experienced. It’s difficult. It’s exhausting. It’s scary. But I know, having now transitioned from sports to the corporate world: If you don’t have the “it’s not good enough” mentality…if you don’t push yourself past your comfort zone…if you don’t sacrifice each day with the goal of pristine execution in mind, you will never win a championship in business.

Has this woman impacted my life? I never knew how much until I was thrown into the jaws of the real life of business and adult relationships. Pat prepared me for the “tough” part of my life. I have developed a relentless resilience and my own measure for success, which is to build SHEEX in to a global mega-brand. That’s a lofty goal, but so was winning a National Championship.

What I once thought was a person being so hard on me to the point of breaking me, I now know is one of the greatest blessings of my life. Thank you, Pat.