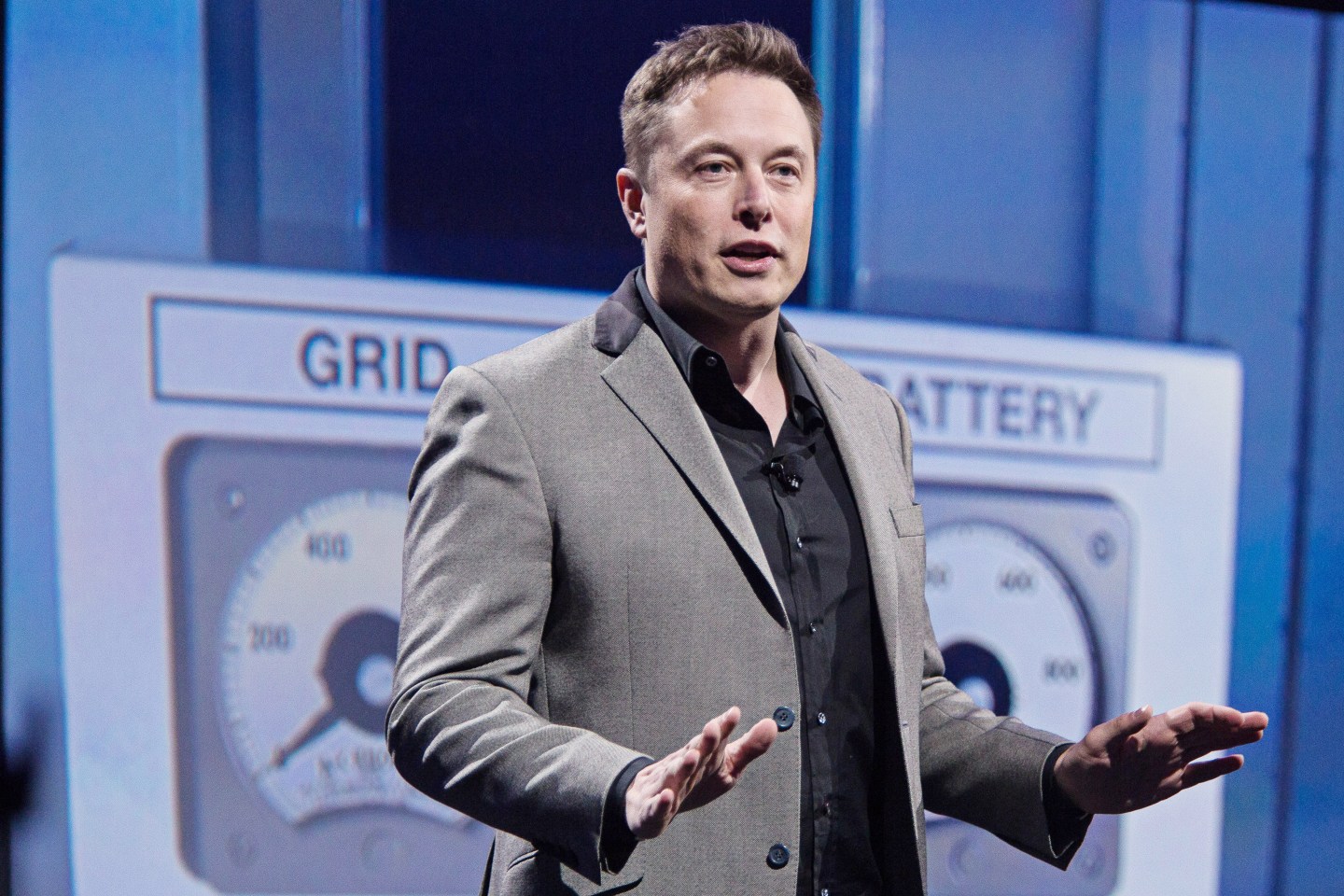 Tesla’s offer to buy SolarCity (SCTY) sparked a barrage of criticism on Wednesday over the glaring conflict of interest between the two companies: Elon Musk, the CEO of Tesla (TSLA), is also the chairman of SolarCity and the largest shareholder of both companies, owning more than 20% of each.

Critics panned the deal as everything from a “corporate governmental mess” to “the corporate form of a West Virginia wedding.” Between Musk’s personal financial interests in each company and the overlap between Tesla and SolarCity’s boards—with few directors who aren’t either related to Musk by blood or have ties to both companies—investors weren’t sure whether the acquisition was really in their best interest. Tesla’s stock price fell more than 10% during the day. “We expect a robust shareholder fight over this acquisition centered on corporate governance,” Oppenheimer analyst Colin Rusch wrote in a research note as he downgraded Tesla stock to neutral.

Musk, meanwhile, defended the deal, and promised to alleviate concerns of incestuousness by abstaining from voting on the transaction, which will require approval by a majority of the remaining shareholders of each company. “We will certainly abide by the shareholder vote, so if there’s a great deal of unhappiness, we won’t move forward,” Musk promised on a conference call with analysts on Wednesday.

Still, behind the scenes, Musk and Tesla were making moves that indicate they will try to push the deal through over the objections of shareholders—and that they are gearing up for a bitter fight. On Monday, the same day that Tesla made its offer to SolarCity, the electric car company’s board amended its corporate bylaws, mandating that future lawsuits against it take place exclusively in Delaware courts. Such “forum selection” provisions have become increasingly common among publicly-traded firms, which adopt them “when they expect litigation might be on the horizon,” says Minor Myers, a professor at Brooklyn Law School specializing in M&A lawsuits.

Tesla’s amendment specifically applies to lawsuits alleging breach of fiduciary duty and other claims that are typical of merger challenges—a concern that was likely Tesla’s motivation for adopting the amendment, experts told Fortune. The provision cuts down the company’s risk of being sued by different shareholders in multiple states, instead forcing plaintiffs to concentrate their claims in Delaware. That will reduce Tesla’s legal liability if many of its shareholders sue over the SolarCity acquisition, an outcome that may be inevitable.

“There is a very high probability of litigation if the Tesla-Solar City deal becomes real. It’s a virtual certainty,” says Joe Grundfest, a professor at Stanford Law School and its Rock Center on Corporate Governance.

Those lawsuits may accuse Tesla of buying SolarCity simply to “bail out” the struggling solar panel maker and inflate Musk’s net worth. “I could imagine it being the target of a derivative stockholder lawsuit arguing that the only reason Tesla is buying SolarCity is to save an Elon Musk company,” Myers says.

Another legal challenge could stem from the bidding process for SolarCity, which has a fiduciary duty to seek the highest price for the company and solicit competing offers. If shareholders believe the bidding process was not competitive enough because Musk was determined to own both companies himself, they are likely to sue—something that Dell investors did when the tech company’s founder Michael Dell took the firm private in 2013. Last month, some of those Dell investors who voted against the deal reaped big profits when a court decided that the buyout price was too low.

Still, even though Musk himself isn’t voting on Tesla’s bid for SolarCity, he’s still recommending that shareholders vote for it: “Anyone who doesn’t vote in favor of this is going to be voting against their best interests,” Musk warned on the call with analysts.