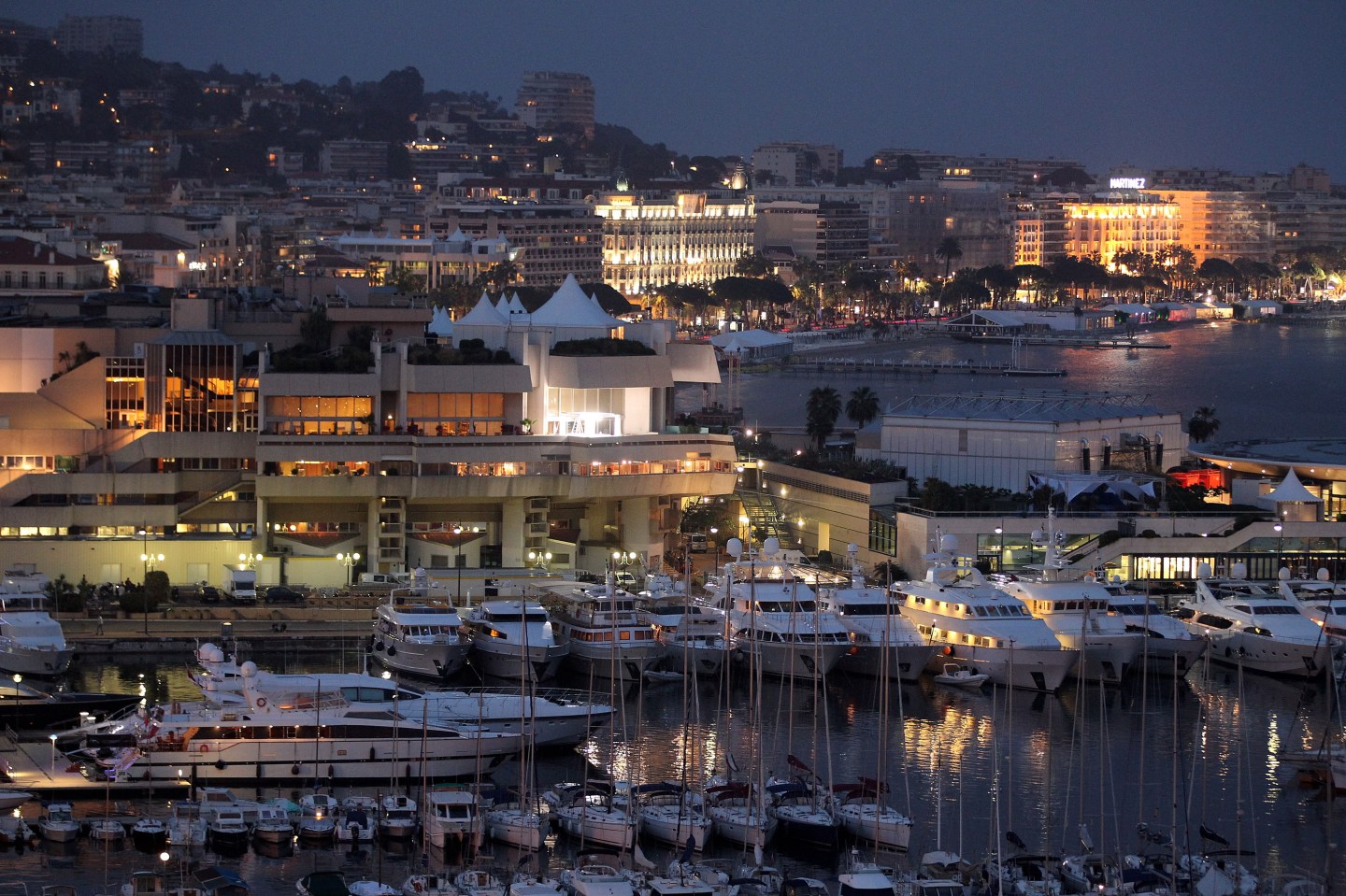 CANNES, FRANCE - MAY 10: Yachts line the harbour at dusk prior to the annual film festival on May 10, 2010 in Cannes, France. The 63rd Cannes Film Festival will run from May 12 to May 23. (Photo by Sean Gallup/Getty Images)
Sean Gallup Getty Images

It’s the definition of a party foul.

An invite sent to some attendees of Cannes Lions, the annual advertising event in Cannes, France, solicited “attractive females and models only” to attend The Wednesday Party, an event sponsored by digital agency VaynerMedia and media company Thrillist Media Group, according to AdWeek.

One female exec who received the invite forwarded it Cindy Gallop, an advertising vet and passionate advocate for women’s issues—who also happens to have a massive Twitter following. Gallop tweeted it out:

Not surprisingly, Gallop’s tweet got some attention—none of it good.

VaynerMedia CEO Gary Vaynerchuk responded to Gallop and others via Twitter, saying that the email came from a third-party promoter. He did acknowledge his responsibility at the company’s CEO.

I just want to make sure everyone knows we didn't send the email and it was a rouge 3rd party promoter. Still on me https://t.co/PMQTfDDSIU

Thrillist chief Ben Lerer echoed those sentiments, writing in an internal email on Wednesday that, “No one at Thrillist (or Vayner for that matter) knew anything about what this vendor was doing and we are clearly appalled by it,” according to AdWeek. He also stated that the company needs to be “mindful” of how it works with outside partners in the future.

While I have no doubt that Vaynerchuk and Lerer were unaware of the email, I can’t help but notice that this type of idiotic party culture remains pervasive across industries. Let’s review just a few recent instances.

In March, Microsoft hired dancers wearing skimpy “schoolgirl” outfits to perform at its Game Developer Conference in San Francisco. A few months earlier, financial communications firm LifeSci Advisors went with models, who were paid to pass out champagne and mingle with guests at a party for attendees of the annual J.P. Morgan Healthcare Conference, also in San Francisco. And in October of last year, there was the Central U.S. Conference of networking group Young Presidents Organization, which featured a reception at an art museum starting a group of all-but-naked women, whose bodies guests were invited to paint.

Why is it so hard for professionals—and particularly those in male-dominated fields—to socialize with their peers without half-naked cocktail waitresses or a bevy of models? After all, as much as organizers try to make these parties seem “fun,” they’re still work events at heart—and sometimes ones that women have no choice but attend. In an actual party situation, guests who don’t like the scene can leave. But what if your boss or your client asked you to come?

I’m sure that, in many cases, the people at the top of these companies and organizations didn’t sign off on the schoolgirls or the painted ladies. But as Vaynerchuk acknowledged in his response to the Cannes dustup, they are still responsible for what happens under their watch. And, just as important, it’s their job to create a company culture that communicates to everyone—employees and vendors alike—that sexist behavior is never okay.

After all, the first rule of hospitality is making your guests feel welcome. And I don’t think demanding that they look Gisele is going to help with that.