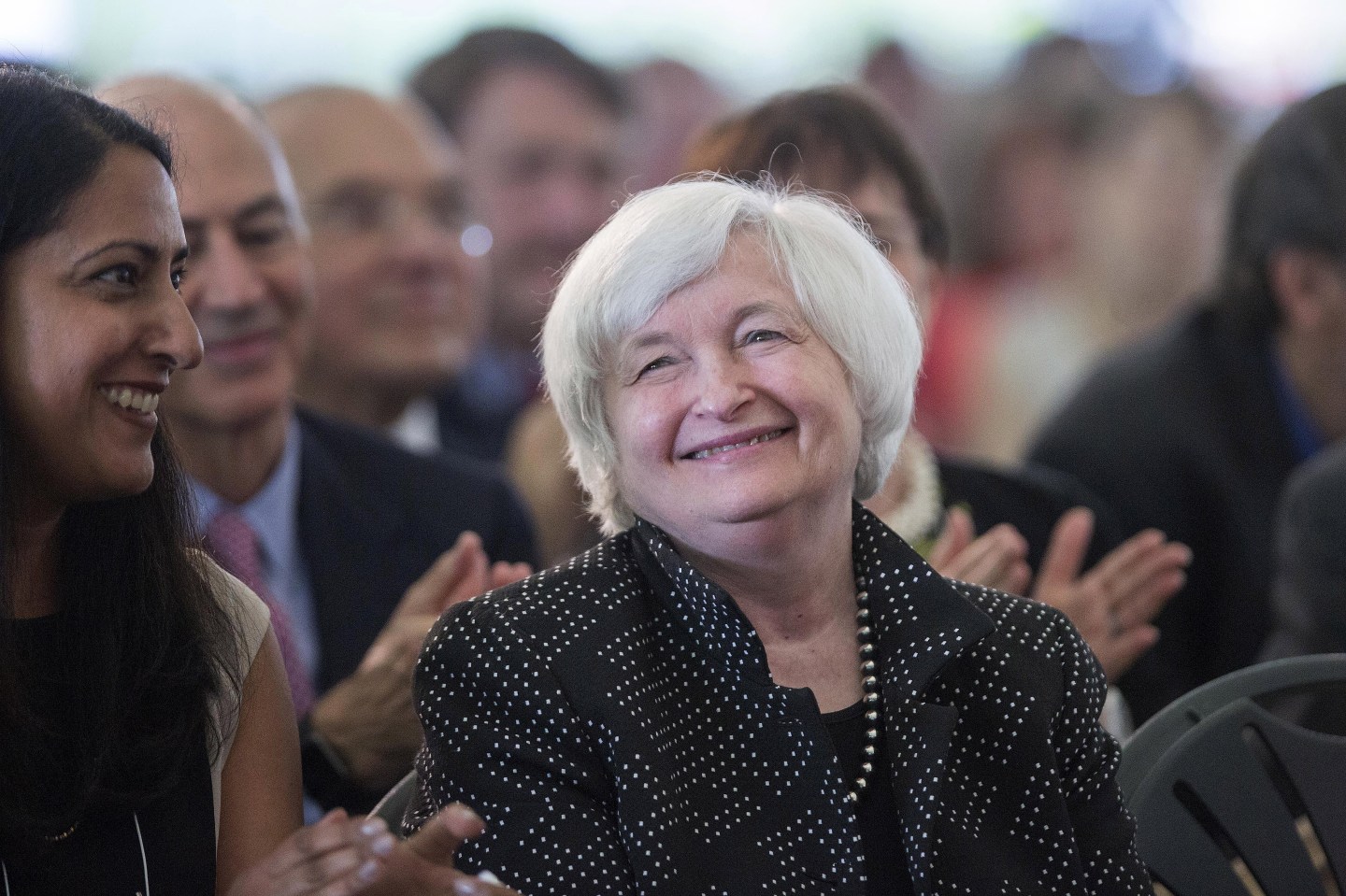 Janet Yellen, chair of the U.S. Federal Reserve, smiles during a Radcliffe Day event at Harvard University in Cambridge, Massachusetts, U.S., on Friday, May 27, 2016. Investors and traders are eager for visibility after the minutes of the Federal Open Market Committee's April policy-setting meeting showed that the central bank may be getting closer to another rate hike in the coming months, after an increase in December. Photographer: Scott Eisen/Bloomberg via Getty Images
Photograph by Scott Eisen — Bloomberg via Getty Images

The Federal Reserve on Tuesday delivered its starkest warning yet under Chair Janet Yellen that by its assessment U.S. stocks are pricey.

“Forward price-to-earnings ratios for equities have increased to a level well above their median of the past three decades,” the Fed’s twice-annual Monetary Policy Report, the U.S. central bank concluded.

“All asset prices are high and they’re high because of the Fed’s activity,” said Jack DeGan, chief investment officer at Harbor Advisory in Portsmouth, New Hampshire.

“I think the Fed has made it clear that we’re in a low-interest-rate environment, so valuations of all financial assets are going to remain high.”

It’s not the first time the Yellen Fed has weighed in on stock market valuations in the closely watched report.

Most famously, in its July 2014 report it referred to the “substantially stretched” prices for biotechnology and social media stocks.

That warning helped trigger a short-lived selloff in both sectors, though a year later an ETF tracking social media stocks had gained 3.0% and another following biotechs had risen 50%.

Well Above the Norm

Tuesday’s report marked the first time since Yellen took office in February 2014 that the Fed has characterized overall equity valuations as being “well above” their norms.

In July 2015’s report, delivered as the benchmark S&P 500 stock index was within 1.0% of its all-time closing high, the Fed made no specific reference to stock market valuations.

In the latest report, back in February this year, the Fed saw valuations as “closer to their averages.” That report was delivered the day before U.S. stocks would mark their low point this year so far. Since then, the S&P 500 has risen about 15 percent.

The valuation measure cited by the Fed, the forward P/E ratio, now stands at 16.47, according to Thomson Reuters DataStream. This ratio has expanded by a more modest 6.8% from the 15.43 level where it stood back on Feb. 10. The median multiple for the past 30 years is 14.86.

Market participants said stock valuations cannot be looked at in a vacuum though, and low U.S. Treasury debt yields push the band on valuations higher, a point the Fed itself conceded. The yield on the 10-year U.S. Treasury note recently dropped to as low as 1.52 percent, its lowest since July 2012.

“Interest rates are lower than their 30 year average as well, so you can’t use the same barometer when you have a 10-year that’s yielding 1.6 percent,” said Art Hogan, chief market strategist at Wunderlich Securities in New York.

“When you think of the (dividend) yield on the S&P 500 which is around two and a (half percent) and the yield on the 10-year near 1.6 (percent), that’s supportive of equities regardless of the multiple.”