6 New, Cool Travel Products You’ll Want for Your Next Vacation 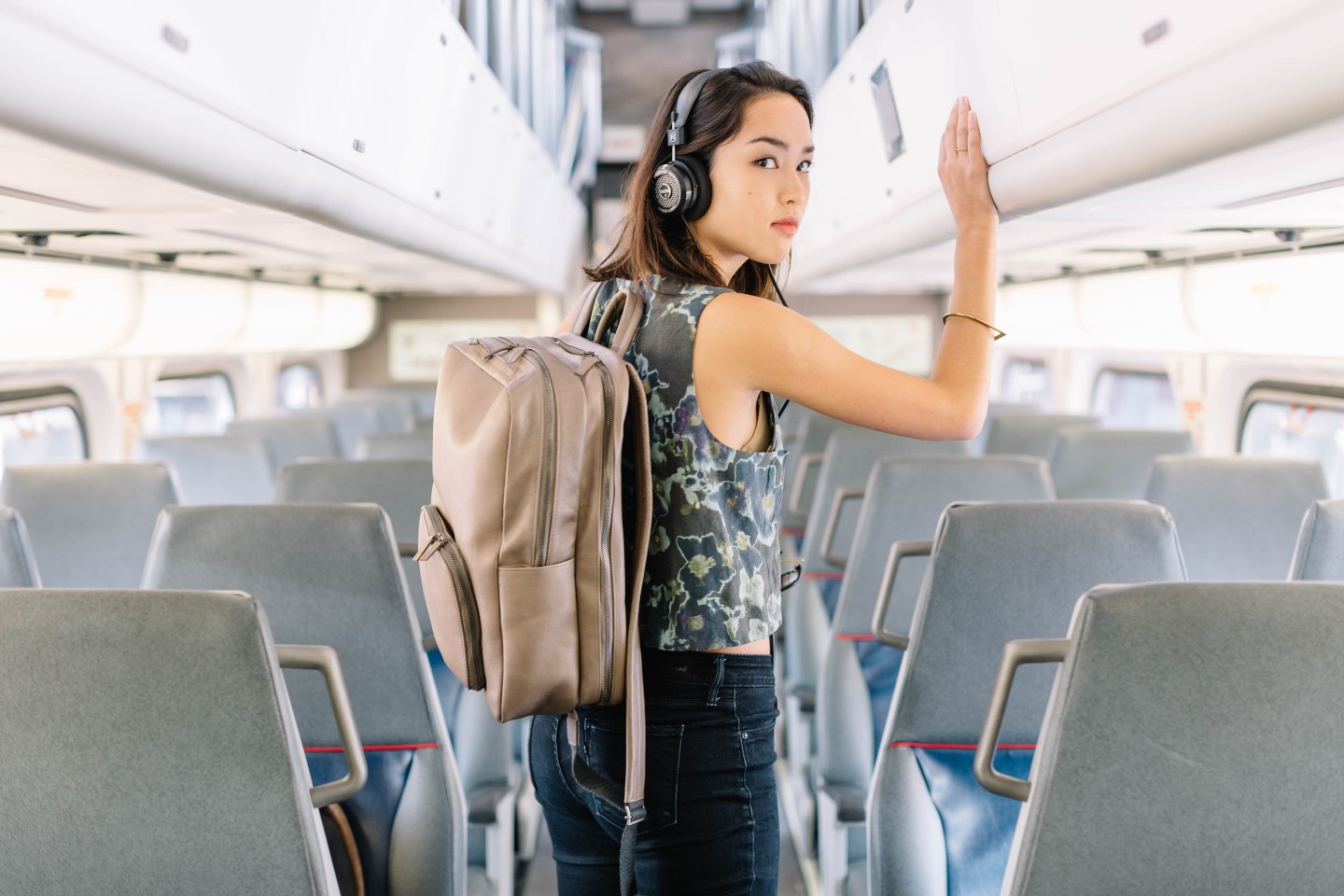 With the newest crop of travel goods, technology is the name of the game—both in the sense of dealing with tech devices while traveling, and incorporating modern features and materials into classic travel items. Most of the following selection of products have proven functional for active daily life in addition to travel. Starting with the most simple and working up to the most futuristic, here are six recent travel products that are altering how we get around and experience the world.

Wrangling device chargers is a necessary part of travel that could mean unsightly velcro straps, rubber bands, or a tangled mess. Thus Saddleback Leather, a company that stakes its reputation on built-to-last leather goods and trades in heritage-styled bags, recently introduced this Cord Wrap Set ($29 for 3 sizes), adjustable leather and metal tabs looking like something granddad might have used in the old days if he had any portable wires to deal with other than transistor radio earphones.

Beyond their utility for travel and home, these may also find their way into your every day carry. Very unlike the gadgets the cords go with, these leather wraps are covered by a 100-year warranty. Saddleback also offers a Square Cord Wrap Set ($35) in four leather colors that allow storing cords in cigar-like rolls, and a small cable bag ($53) to stash one or more neatly bundled cords.

American consumers ask for many things from travel clothing—versatility, presentability after traveling in a bag, gear storage, and often functional aspects like weatherproofing. For warm weather wear, nobody likes a saggy cargo short, and the modern travel wear challenge is to not stand out as a tourist (as you will in a travel vest) and to not look like someone shoplifting gadgets (as you might in a hoodie packed with interior pockets). Aviator’s Non Stop Travel Short for men ($89) strikes the rare balance of versatility and dignity.

They can be worn for street, swim, or to the gym. On the pro side: hidden functional pockets deep enough for smartphones, water-, stain- and wrinkle- resistance, back pocket with hidden zipper, and their look is streamlined and flattering. (Another plus: Aviator’s clothing is made in Los Angeles.) The interior drawstring is a little slick to remain tied all day, but there are also loops for a belt. A women's model is forthcoming, and Aviator also sells a travel jean ($98).

For anyone with a hope of packing light, traveling with babies famously throws a wrench (and a carseat, and diaper bag of supplies...) into those works.

The newly launched gb Pockit folding stroller ($249.99) is one product aimed at battling this issue. Holding the Guinness World Record as the smallest folding stroller, it weighs 9.5 pounds and goes down to a rectangle 12 by 7 by 14 inches that can fit under an airplane seat or be carried in a tote. It can shuttle around urban and traveling children from six months to 55 pounds.

Electronic devices often run out of juice at inopportune moments. Power is not an issue when you roll with your own chargers on the exterior of your carry-on sized smart travel case, the new Raden A-22 ($295), which arose from $3.5 million in seed funding last year.

The Raden’s rechargeable battery is stowed behind the bag's lining, and is accessed by three ports at the top of the case by the handle—two USB and one smaller port used to recharge the case battery. The Raden battery takes 5 to 10 hours to charge up (depending on power source) and then it can fully charge a mobile phone up to four times.

The functions are controlled and monitored via the iOs smartphone app, which can locate your case, weigh it, give your airport’s TSA wait times, and show how much battery is left. The location function can alert you when the Raden is headed your way at a crowded baggage claim carousel. It even tallies how many cities and countries your case has been to.

The Raden A-22 is constructed with a polycarbonate shell, polyurethane wheels, an integrated, TSA-approved lock, and a reversed zipper with a waterproof seal. It comes with a storage/laundry bag, and a travel kit with eye mask and earplugs, and a charging cord. Other manufacturers have begun offering smart cases as well, and Raden also sells a larger suitcase size to check, the A-28, $395 (the pair are sold as a set for $595).

Kind of a big deal, over here: the Venture Backpack ($925) by This is Ground comes with its own Wi-Fi.

The bag is available in two TSA-approved sizes. It’s sturdy, imbued with the memory-stirring smell of quality leather.

The wireless internet is supplied via a palm-sized device by Karma Go which has several plans, either as a contract-free auto-refreshing plan ($40 - $140) or pay-as-you-go ($15 per GB) and comes with an introductory 100 MB to get started. You even get an email notification when it’s time to charge the battery. Another smart feature of the pack, since it might inspire envy, leading to theft: tracking by Tile.

Constructed of vegetable-tanned Italian leather, this isn’t one of those travel bags for every weather, but it works attractively for business and many personal scenarios.

File these two language solutions for global travelers under “so futuristic they’re not available yet,” but they’re close enough to market to include here.

This exists: A pendant that you speak into, which then translates and announces your message in the language you’ve chosen. The Ili Translator by Logbar (possible cost up to $200), which debuted at CES early this year, is an instant wearable translator developed to work with English, Chinese, and Japanese, and it’s coming this summer. It works without Internet connection to internally process vocal recognition, translation, and speech synthesis.

When docked, it connects to the Internet to get language updates. Version 2 will include French, Thai, and Korean, and Version 3 will have Spanish, Italian, and Arabic. The Pilot ($249- 299) by Waverly Labs is another communication barrier eliminator being launched on Indiegogo to arrive later this year. It’s an in-ear translation bud that works offline, and comes in pairs of earpieces for both conversational participants. The Pilot is starting with Latin languages with later arrivals by East Asian, Hindi, Semitic, Arabic, Slavic and African languages.