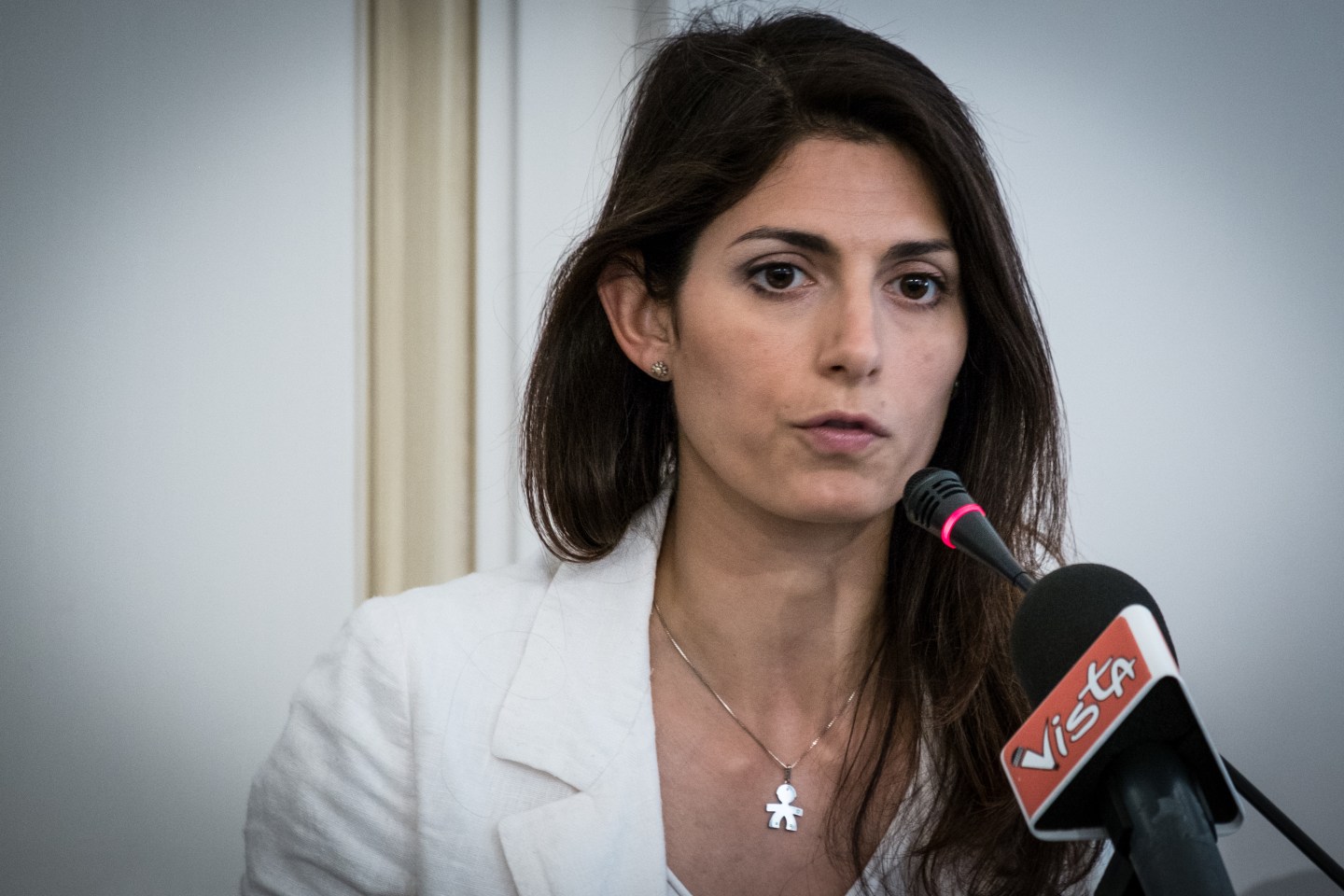 In her victory speech, Raggi said Rome will have its first female mayor “in an age where equality of opportunity remains a mirage.”

Raggi, a lawyer turned politician, trounced her center-left opponent Roberto Giachetti by securing 67.2% of the vote, compared to Giachetti’s 32.8%.

“I will be a mayor for all Romans,” she said. “I will restore legality and transparency to the city’s institutions after 20 years of poor governance. With us a new era is opening.”

In Italy’s political system, women still struggle to be taken seriously. In just one example, prior to the first round of voting in early June, former prime minister and media tycoon Silvio Berlusconi refused to support Giorgia Meloni—a leading rightwing candidate for Rome’s mayor—because he said her pregnancy made her unfit for office, according to The Guardian.

In Rome, Raggi ran on an anti-corruption platform, promising to reform the city’s longstanding reputation as a hotbed of corruption. The city has been leaderless for the last eight months, since Democratic Mayor Ignazio Marino resigned in the wake of an expenses scandal. A special commissioner has run the city in the interim.

Chiara Appendino, also of the Five Star Movement, clinched Turin’s mayorship on Sunday with 54.6% of the vote, defeating the incumbent mayor Piero Fassino. Her win is especially notable since Turin is known as a center-left stronghold.

The Five Star Movement’s victories, which were announced by Italy’s Interior Ministry early Monday, deal a setback to the Democratic party of Prime Minister Matteo Renzi as he pursues steps to overhaul the nation’s political system. Renzi has called for a referendum in October that proposes a revamp of the Senate; he’s promised to resign if he loses the vote.

The party’s win is also the latest triumph for an anti-establishment movement that has gained footholds across Europe during a particularly volatile political era. In May 2015, Spain’s anti-austerity party Podemos notched significant victories in local elections in Barcelona and Madrid, dealing a blow to the nation’s traditional two-party system. In September 2015, the far-left Syriza party won Greece’s general election also by promising to end years of austerity. And in Austria last month, rightwing nationalist Norbert Hofer, who ran an anti-refugee and anti-EU campaign, lost the country’s presidential race by the narrowest of margins.