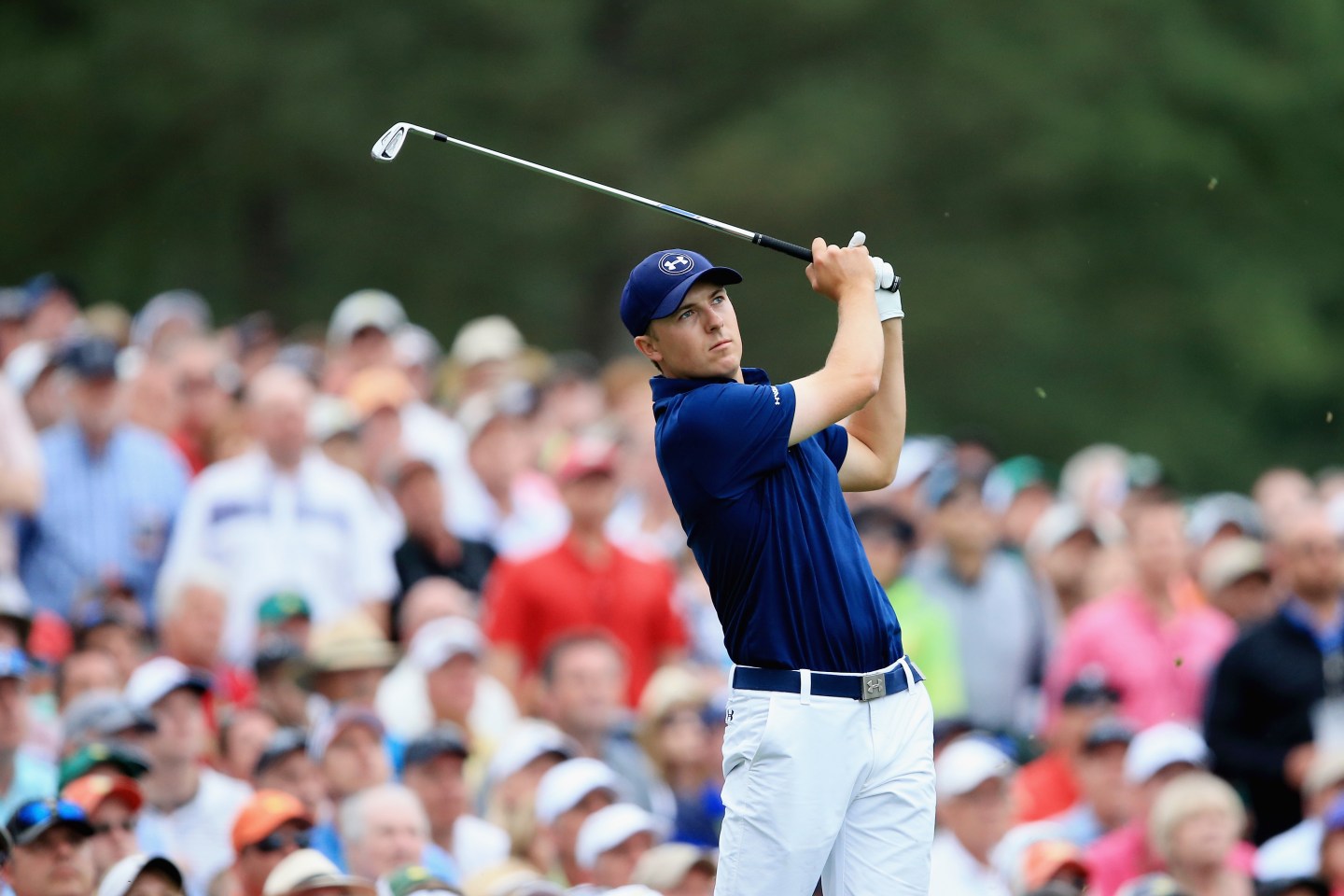 Spieth, the 2015 Masters and U.S. Open champion, is playing his final day at the 2016 U.S. Open on Sunday and he announced via Twitter (of course) that he will be wearing Curry’s shoes to play at the tournament. Why is this a big deal? Both are endorsed by Baltimore-based Under Armour (UA) and Spieth is giving Curry some free press by sharing his support of the Curry shoe to his 1.5 million Twitter followers.

Michael and I bringing the @stephencurry30 "straight 🔥" to the course today pic.twitter.com/njdTfo5nVR

It is a big sports day for Under Armour. Beyond Spieth’s appearance at the U.S. Open, Curry is leading the Golden State Warriors to Game 7 of the NBA Finals against the Cleveland Cavaliers. The Cavaliers squad is led by LeBron James, who is endorsed by rival Nike (NKE).

As Fortune previously reported, millions are at stake in the Nike-Under Armour rivalry for fan support of the latest basketball shoes and apparel, sales that have increased revenue not only for the athletic gear makers, but also for retailers like Foot Locker. Nike has been at this business for many years, building marquee businesses around Michael Jordan, Kobe Bryant, and James.

Under Armour, meanwhile, is making its first real push to win over the influential “sneakerhead” crowd with their Curry line of shoes. The basketball business is an alluring relatively new opportunity for the brand, with the Curry 2.5 shoe launching globally on July 1, and then a Curry Three hitting retail in the fall. As Under Armour has launched new shoes, it has also slightly raised prices.

Notably, Under Armour got mocked a bit earlier this month for the look of the Curry 2 Low “Chef” sneakers, with some claiming the style was more ideal for a middle aged dad rather than a trendy teen. The look worked for Spieth—as that’s the shoe he’s wearing on Sunday.