Olli, the Talking 3D Printed Self-Driving Shuttle, Is in This U.S. City 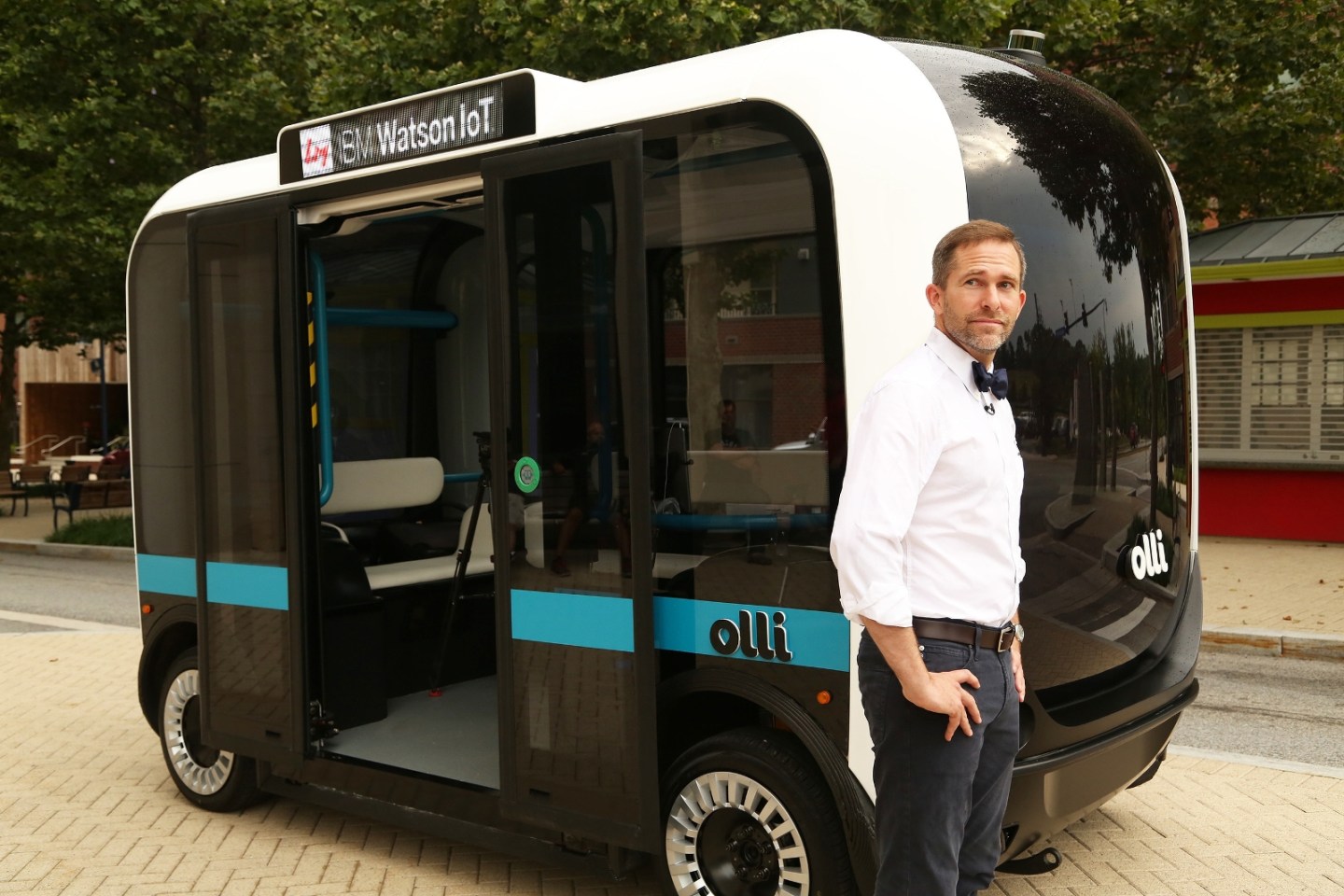 As automakers, tech giants, and ride-hailing companies like Uber race to develop autonomous vehicles, one small Arizona startup’s 3D-printed self-driving shuttle is already on the road.

On Thursday, Local Motors unveiled Olli, a 3D-printed self-driving shuttle that can carry up to 12 people. It will be used on a limit basis on public roads starting today in National Harbor, MD, a planned mixed use development a few miles south of Washington D.C., the company says.

Initially, company engineers will be testing Olli on roads around National Harbor, where Local Motors has a facility. Spokesman Adam Kress said the company hopes to use Olli to ferry the public later this summer. More Ollis, which are manufactured at Local Motors’ headquarters in Phoenix, could be added by fall, he said.

There’s already interest from other city and county officials. Miami-Dade County is considering a pilot program in which several autonomous vehicles would be used to transport people around Miami, Local Motors says. Las Vegas is also looking at deploying Ollis later this year. Local Motors is shipping another Olli to Germany where it will have a public debut. That Olli, and eventually as many as four total, will be deployed in Denmark, according to Kress.

The Olli uses Watson, IBM’s machine learning platform, to analyze data collected from more than 30 sensors embedded throughout the vehicle. The platform also uses IBM’s speech recognition technology that lets passengers to have a conversation with the vehicle.

Uber is testing self-driving cars in this city:

For instance, passengers will be able to talk with Olli about how the vehicle works, where they’re going, and why its making specific driving decisions, Local Motors and IBM said in a joint release Thursday. The vehicle will be able to understand requests like “Olli, can you take me downtown?”

Passengers will also be able to ask for recommendations about local destinations such as popular restaurants or historical sites based on analysis of personal preferences.