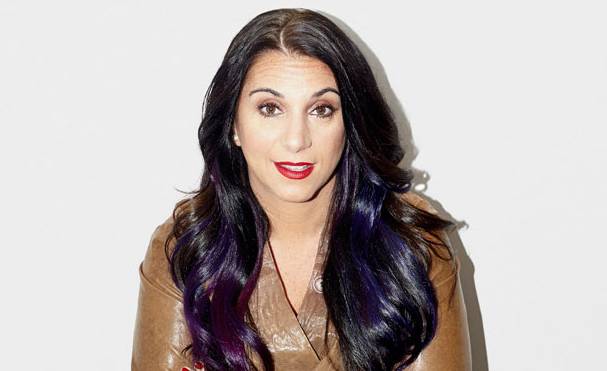 Crisis Text Line, a free, around the clock text-messaging support line for people in crisis, is getting a massive new round of grants from notable technology names including Melinda Gates, Steve Ballmer, Reid Hoffman, and Pierre Omidyar.

The total donation amount was $23.8 million led by Hoffman, who had previously backed the non-profit. Gates, Omidyar Network, the John S. and James L. Knight Foundation, Craigslist founder Craig Newmark, Zynga founder Mark Pincus, and his wife and One Kings Lane founder Ali Pincus, along with Steve Ballmer’s foundation, The Ballmer Group, are among the other backers in this round. The organization has a total of $35 million in grants.

Crisis Text Line was founded by Nancy Lublin, who was formerly the CEO of DoSomething.org and the creator of non-profit Dress for Success, as a way for teens to talk with counselors about problems through their primary form of communication— mobile phones. For many teens today, making a phone call is a foreign concept. Messaging through apps like Snapchat and Facebook Messenger and texting is their primary way of communicating with friends and family.

Teens who contact the organization talk by text with counselors about issues like suicide, bullying, depression, and anorexia. To use Crisis Text Line, teens send the organization a text with the word “START” to connect with the non-profit’s 1,500 volunteer crisis counselors. Since introducing its service in 2013, the organization has processed more than 18.5 million messages from teens about suicide, depression, and LGBT issues. The service continues to grow with the number of text messages sent from April to May increasing 35% month over month.

Lublin explained that the non-profit’s service is used primarily by people under the age of 25. And 19% of the Crisis Text Line texting volume comes from the lowest-income zip codes

The service’s growth even caught the attention of the four largest U.S. mobile carriers. AT&T, Verizon, Sprint and T-Mobile all agreed to waive texting fees for anyone using the service.

The new grants will be used for expansion and developing more technologies to reach teens. Lublin said that she expects to reach 4,000 crisis counselors in the next two years. The non-profit has been working on its data collection and analysis, and has been using machine learning to make its service faster and more accurate. For example, conversations from troubled teens are now triaged based on severity, instead of being handled in chronological order.

Another huge focus for the non-profit has been working with existing messaging apps to integrate the service into places where millennials are chatting. For example, Crisis Text Line has provided direct links to contact a counselor in popular teen app After School and messaging app Kik. Crisis Text Line has also partnered with Facebook to let teens message counselors directly from Facebook Messenger.

Facebook has started taking a more active role with suicide prevention on its own social network. Earlier this week, the social network revealed that it has built new tools to help users who are considering suicide or hurting themselves, and for friends and family members who suspect a loved one is at risk.

Facebook’s global team of around-the-clock monitors are trained to spot content that suggests a user is at suicide risk. Those people are then given a few options the next time they log into Facebook, including the ability to reach a counselor through Crisis Text Line.

“Crisis Text Line is a powerful way to reach young people in need using a technology they know and trust. I am inspired by Nancy’s deep understanding of the power of connection, and her track record shows that she knows how to turn a simple text message into an instrument that can transform lives,” said Melinda Gates in a statement.