Studio Behind ‘The Walking Dead’ Threatens to Sue Over Spoiler 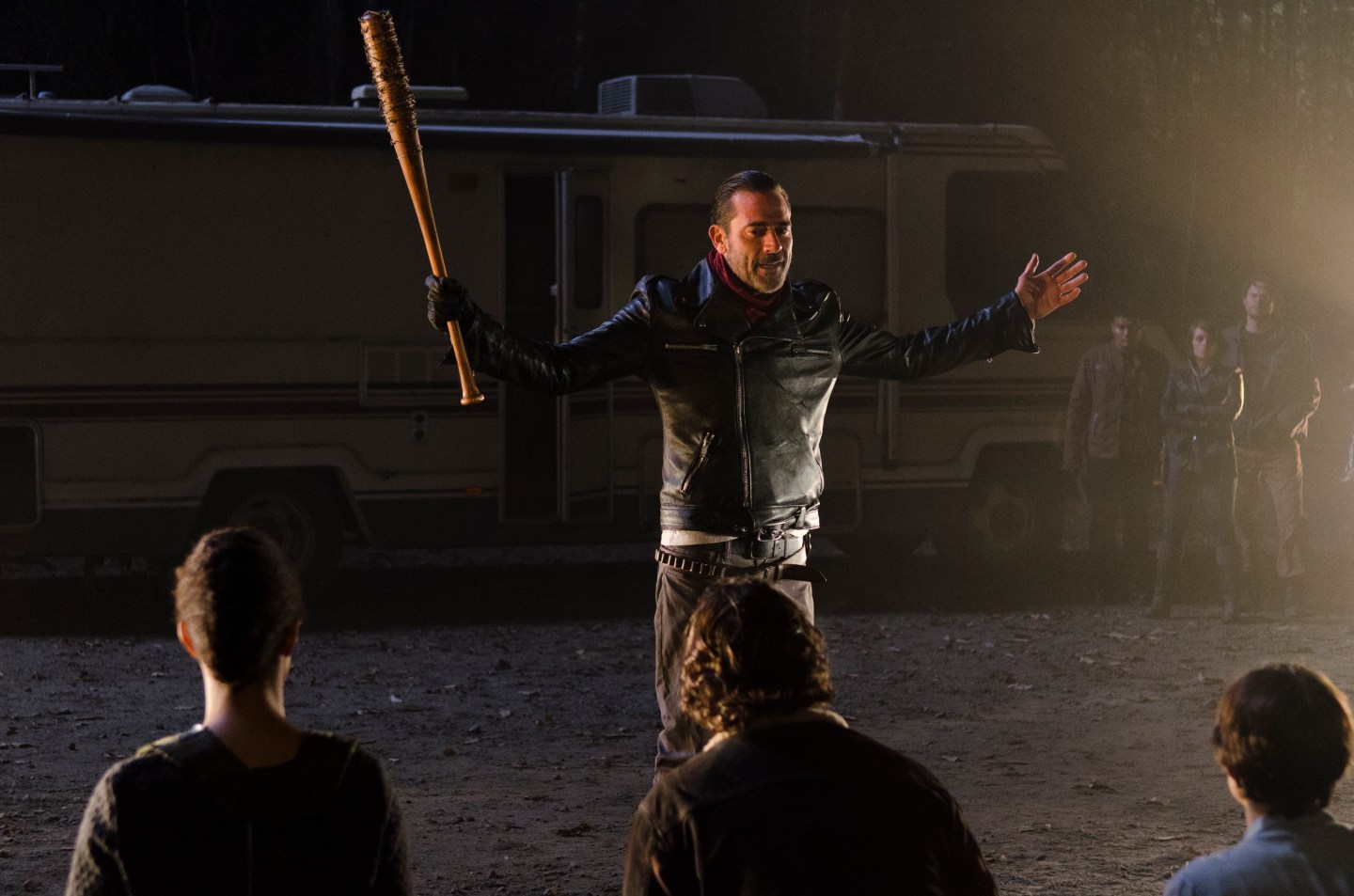 People hate it when someone blabs about a key plot twist before they can see it for themselves. The makers of a popular TV show, though, just took this gripe to a new level.

According to a fan group called The Spoiling Dead, lawyers for the The Walking Dead say they will sue if the group keeps writing about upcoming plot twists.

“AMC is aware that The Spoiling Dead Fans site is promoting your claim that you have received copyright protected, trade secret information about the most critical plot information in the unreleased next season of The Walking Dead,” the letter states.

The “most critical” plot info in question reportedly concerns the identity of a person who a character named Negan killed with a barbed-wire covered baseball bat, according to Torrent Freak. (And I thought the whole point of the show was killing undead “walkers.”)

Is AMC’s (AMCX) claim legitimate? On one hand, the studio may worry that some people might not tune if they already know what becomes of Negan and his bat.

But on the other hand, it seems those who care about spoilers would make a point not to find out. For instance, they could avoid reading the fan site’s page in the first place—or not looking for the answer in the graphic novels on which the show is based.

More importantly, the studio’s legal case seems far-fetched. Anyone with a passing knowledge of copyright law knows that you can protect original expression, but not basic facts. The answer to the mystery of Negan and his bat is just that: a fact.

Imagine if the makers of Star Wars wanted to stop me from telling everyone the identify of Luke Skywalker’s father. They certainly could ask, but there’s not way they would persuade a judge to stop me.

AMC’s lawyers try to bolster their silly claim by citing a case called Twin Peaks v. Publications Int’l in which a court sided with the makers of Twin Peaks, who had brought a copyright claim over an unauthorized book about the show. But that case is very different—it involved publishing large amounts of information and undermining the market for authorized Twin Peaks books.

Alas for the fan site, having the law on your side is not enough to win. You also have to pay for attorneys and all those court filing charges to defend yourselves, which means it can be more practical to just give in. And that appears to be what the site has decided to do.