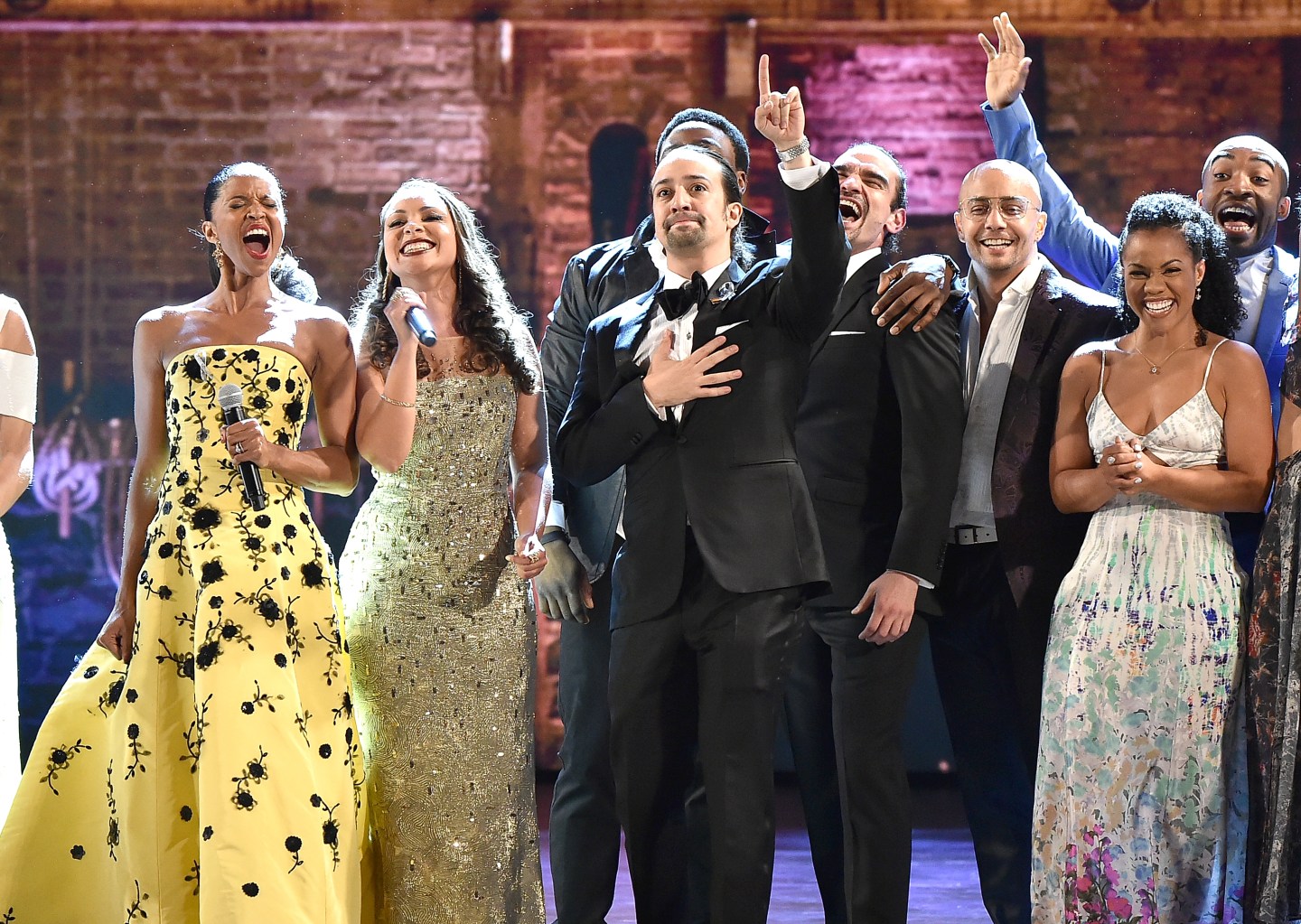 You don’t have to be a theater geek to appreciate how exciting the Tony Awards were this year. In sharp contrast to the Academy Awards, this year’s ceremony was awash in black and brown faces, with fourteen individual nominees of color for acting, and a slate of productions that reflected a broader spectrum of stories.

This was also a big moment for April Reign, the managing editor of Broadway Black, a website and online community dedicated to the work of black theater performers.

Reign created the hashtag #OscarsSoWhite in 2015 to draw attention to the lack of diversity at the Oscars. Then, this year, the Academy of Motion Picture Arts and Sciences announced an all-white list of acting nominees for the second year in a row. She says the hashtag started a conversation about the overrepresentation of white professionals in all aspects of the entertainment industry that is still happening today. “J.J. Abrams is now saying ‘bring me people of color to work with,’” she says. “Warner Brothers has a new apprentice program for filmmakers of color. And the Academy has vowed to make real changes.”

But the theater community, which has historically been more welcoming, took a victory lap. “It was a pretty big and historic night at the Tony awards,” says Seve Chambers, a writer who examines issues of history, race, music and entertainment. “It rightfully felt like a huge contrast to the Oscars in terms of diversity.” In a joyful poke at #OscarsSoWhite, the hashtag #TonysSoDiverse began trending before the show. “Even James Corden, the host of the Tonys, mentioned the difference,” said Reign.

Diversity isn’t just about checking the boxes on a list. It’s about seeing people of color as fully realized human beings who transform and have agency over their lives — drawing a direct line to their humanity in the real world. “Too often characters of color are kooky sidekicks, enslaved or broken in some way,” she says. “You don’t have to be white to be an astronaut stranded on Mars.”

And why stop there? “It’s also time for an LGBT rom-com or a disabled actor playing a superhero,” she says.

There is still work left to do. “In theory, Tony Awards should make a real difference in the careers of nominees and winners,” writes Monica Wright Ndounou in a piece republished by The New Republic. “But that’s not always the case.” And, says Reign, great work still struggles to make it to Broadway at all. But, she says, “I think that Hamilton in 2016 shows what we are seeing in all facets of entertainment – film, television and stage. If it’s a quality piece of work, people will come regardless of whose face they see.”