The Astronomical Costs of America’s Gun Epidemic — In One Chart 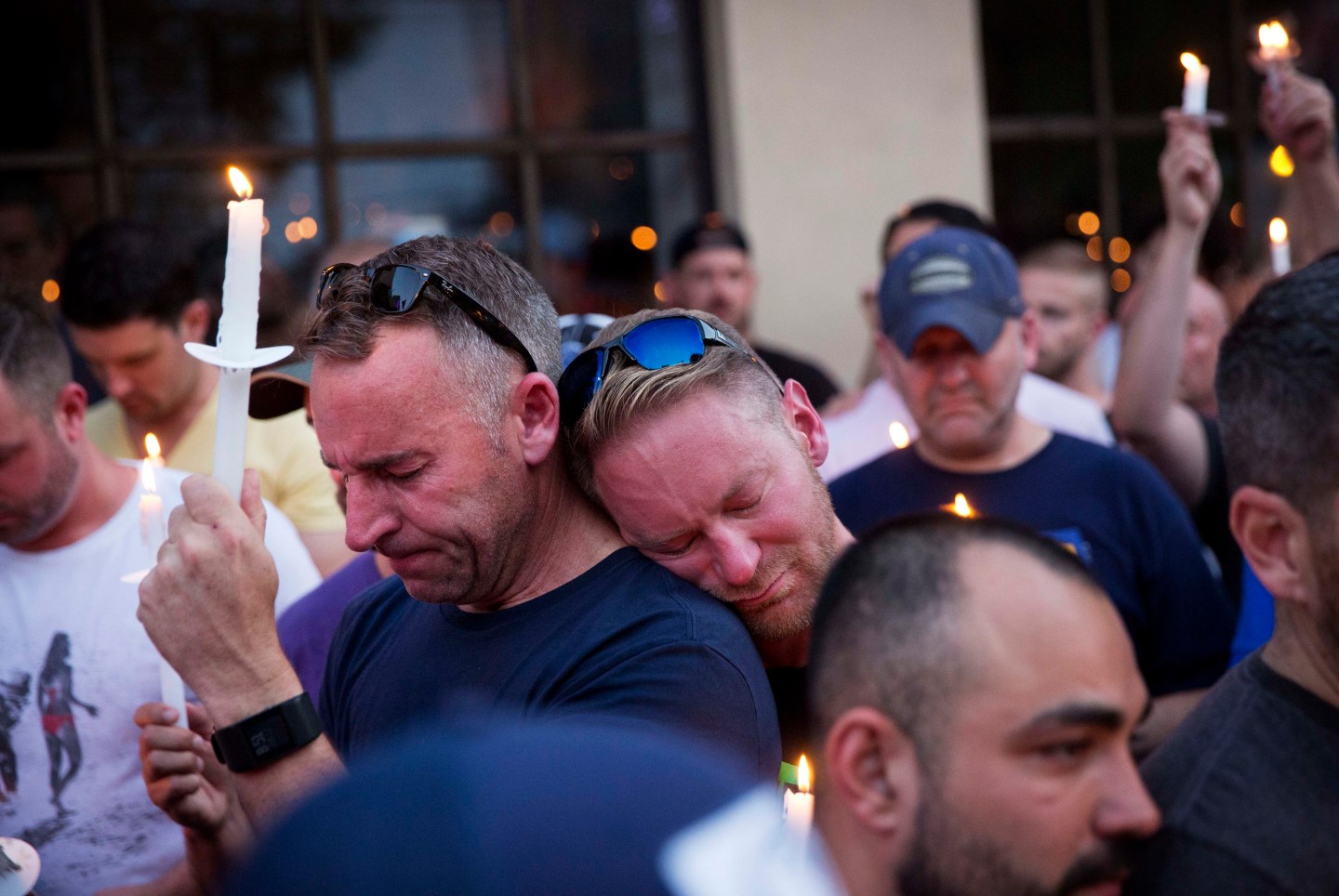 Paul Cox, right, leans on the shoulder of Brian Sullivan, as they observe a moment of silence during a vigil for a fatal shooting at an Orlando nightclub, Sunday, June 12, 2016, in Atlanta. (AP Photo/David Goldman)
David Goldman — AP

The horrific massacre at an Orlando gay club not only left 49 people dead and 53 injured. It has left deep emotional scars on survivors, victims’ families, the LGBTQ community, and other Orlando residents. (You can find out how to help the Orlando victims here).

But America’s epidemic of mass shootings also has immediate and tangible costs to the health care system and taxpayers. According to an analysis of 2010 data by the Urban Institute, a nonpartisan think tank, the price tag was $669 million in direct hospital costs for just that year and $174 billion in larger societal costs, which includes disability, effects on employment, and other longer-term factors. Another analysis, by Ted Miller of the Pacific Institute for Research and Evaluation, found the combined direct costs and indirect costs of gun violence hit $229 billion in 2012, Mother Jones reported. (The bulk of that was due to indirect costs such as lost wages and survivors’ diminished quality of life.)

There were 11,208 firearm-related homicides and 21,175 firearm-related suicides in 2013, the most recent year for which the Centers for Disease Control (CDC) has full data. Those figures represent 70% and 51% of all U.S. murders and suicides, respectively.

The statistics are particularly skewed against young men of color. If you’re a black man in America, you’re about twice as likely to die from a gunshot wound as a white man. While suicides make up the lion’s share of white Americans’ firearm fatalities, the numbers are inverted for black people.

Demographics matter when assessing gun violence’s public costs because the makeup of victims is correlated with the type of insurance they have (or don’t). The Urban Institute’s study calculated hospitals’ overall national costs for firearm-related injuries while examining the underlying trends in six states.

Nationally, 73% of the $669 million in costs resulted from gunshot victims who were either uninsured or on public insurance like Medicaid. That means, roughly speaking, that about $488 million of those costs were borne by taxpayers or absorbed as losses by other parts of the medical sector.

The numbers underscore why major health industry trade groups like the American Medical Association (AMA), the American Academy of Pediatrics (AAP), the American College of Emergency Physicians, the American Psychiatric Association, and others have all endorsed legislative reforms they believe can help turn the tide against gun violence. The AAP has gone so far as to recommend that pediatricians tell the parents of children with depression to jettison all firearms and ammunition from their homes.