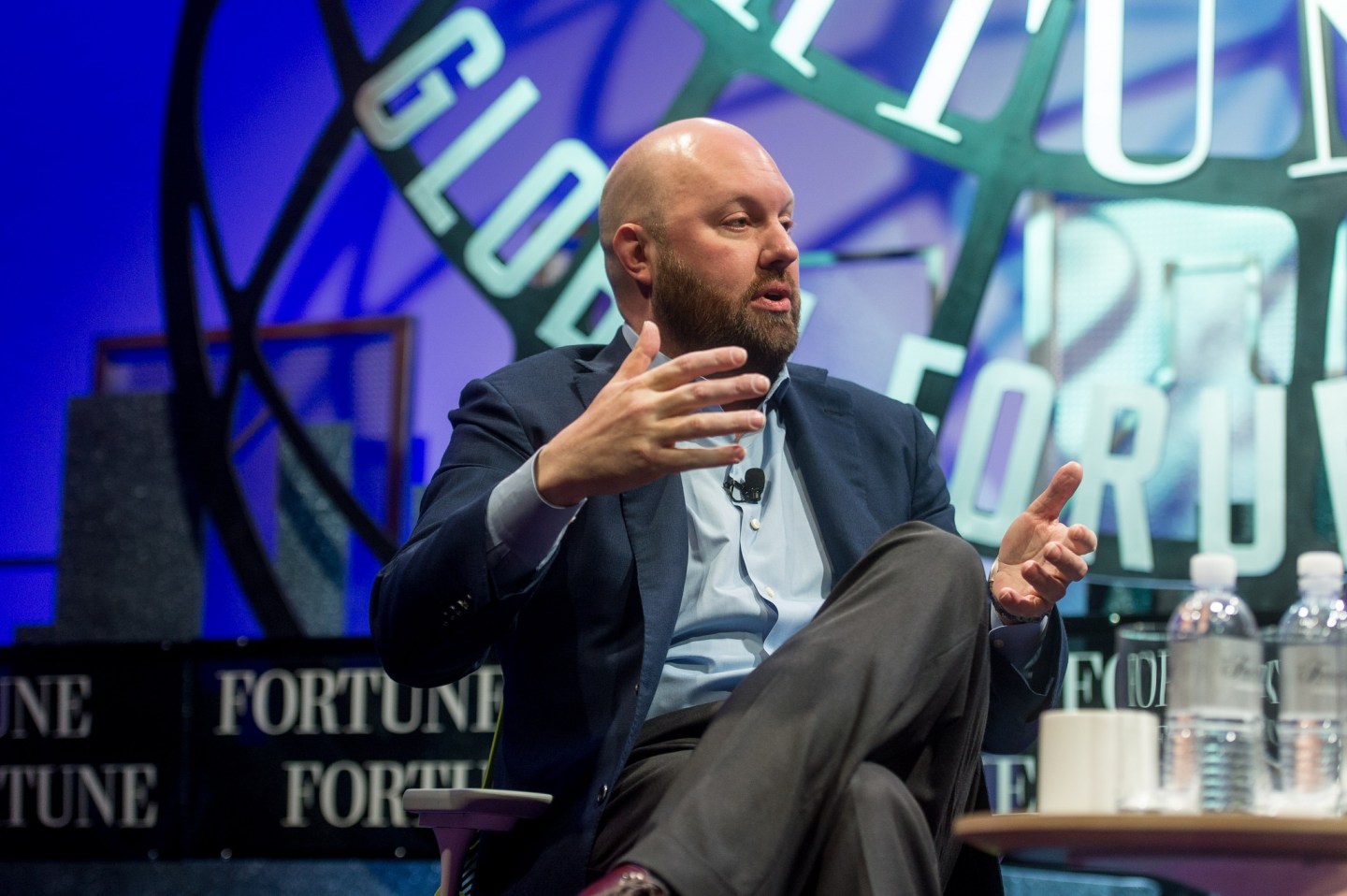 “We believe the pendulum has gone too far against going public,” he said at Bloomberg’s technology conference in San Francisco on Tuesday.

Andreessen, a high-profile Silicon Valley investor and former Netscape co-founder, said that tech IPOs would pick up in 2017 and 2018. Many startups, he said, are already in the process of getting ready and that IPO filings will therefore pick up.

Andreessen’s comments come amid a major slowdown in tech IPOs. Only two technology companies, Dell spinoff SecureWorks and Acacia Communications, have gone public in 2016, both in the second quarter. In the same quarter in 2014, 24 tech companies went public.

Andreessen’s firm, Andreessen Horowitz, which just raised a new $1.5 billion fund, has backed a number of possible IPO prospects including Lyft, Airbnb, and Pinterest. To help such companies get ready for IPOs, he said his firm recently created an internal team devoted specifically to that.

“There’s a lot that’s required for companies to go public including structuring the right board, accounting, and more,” Andreessen said.

Startups that work with that IPO team, he said, become “higher quality” companies even if they don’t go public and instead become acquisition targets. Nokia recently acquired Gainspeed, a technology startup the firm invested in. Mobile security startup Bluebox was also acquired.

Andreessen also forecasted an increase in large tech acquisitions like the $26.2 billion acquisition of professional social network LinkedIn by Microsoft earlier this week.

“We will see more deals in the pipeline,” he said. “There were a lot of acquisitions that should have happened that didn’t happen previously. There will be a whole run of M&A now.”

For more about unicorns, watch:

As for whether LinkedIn’s acquisition could help or hurt Twitter’s potential for a takeover, Andreessen said that it made it less likely. Although he said many tech companies are considering buying the struggling social media company, “there’s one fewer buyer.”

Andreessen also said that artificial intelligence would be the next battleground for both large companies and startups. “Amazon has lapped everyone in AI this year,” he said, referring to the e-commerce giant’s success with its virtual assistant and home automation device Echo. “Amazon has set a new benchmark.”