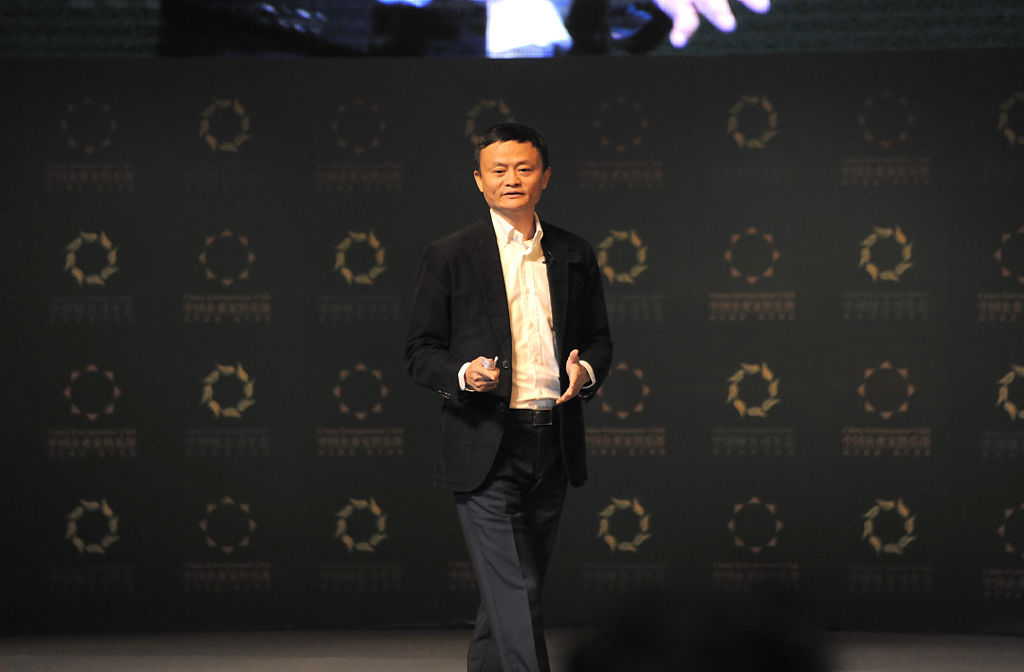 Back in 1999, Alibaba’s founder Jack Ma and his deputy Joe Tsai visited Silicon Valley to solicit venture capitalists. They came back empty handed. With the dotcom bubble in full swing, Americans had little interest in his aggressive pitch about potential China riches. There were bigger piles of money to be made in the U.S., or so it seemed.

Jack Ma recalled the story today at an Alibaba investor conference in Hangzhou. He admitted the company folks get a little nervous when he speaks with investors. “The way I talk is so different from the other guys,” he said.

He couldn’t be more right.

Ma spent time today telling investors we should be blaming the victim when it comes to the problem of counterfeit goods in China, many appearing on Alibaba’s Taobao platform. “The problem is that the fake products today—they make better quality, better price than the real product, than the real names,” he said today. “It’s the exact factory, the exact materials. It’s not the fake products that destroy them, it’s the new business model,” he said, referring to luxury brands’ struggles with fakes.

Alibaba’s image has taken a hit recently because of the overwhelming amount of fake and unlicensed goods sold on Taobao, a consumer to consumer site with 9 million small sellers hawking everything from socks to jeans to fake Gucci purses. It was suspended from the International Anticounterfeiting Coalition in May after members revolted about its ascension to the group this year.

Counterfeits and unlicensed goods drive a lot of Taobao’s growth. This has been documented in countless stories. I recently wrote about New Balance’s struggles fighting counterfeits in China. The company estimates 90% of its shoes sold on Taobao are fakes. How does it know? It doesn’t have any approved sellers on the platform.

Ma went on to say Alibaba has one of the largest anti-counterfeiting operations in e-commerce and employs 2,000 people to fight fakes.

“We cannot solve the problem 100% because it’s fighting against human instinct,” he said. Still, he argued, Alibaba could fight counterfeits better than any government agency or organization. “We are the world’s leading fighter for counterfeit things,” he said. “We protect IP.”

Alibaba is at best conflicted in solving the problem. It has set a goal to double gross merchandise value, GMV, or the total value of goods sold on its platforms, to $1 trillion by 2020. And it has identified rural expansion, category expansion including groceries, and continued growth among China’s rising middle class as drivers of GMV growth. But Taobao remains the heart of Alibaba’s business, responsible for 60% of GMV in the latest quarter, and counterfeits remain a significant portion of Taobao sales. As it expands into rural China, where consumer incomes are far lower than in urban areas, it is difficult to see consumers opting for more expensive goods. And so, as goes Taobao, so goes Alibaba’s counterfeit fight.

It’s not just Western luxury brands that view Taobao as a haven for counterfeits. It’s a widely held belief in China. A friend of mine in Beijing regularly shops on the Taobao mobile app, where she buys socks, jeans, T-shirts, and assorted housewares. But for anything of greater value than $15, or name brands, or anything related to food safety, she shops in a reputable store in Beijing. She recently asked my wife to bring back BPA-free plastic cups from America for her coming baby. It wasn’t just Taobao she didn’t trust; it was anything sold in China.

Taobao is not unusual in China for its counterfeit problems, but it is the most public face for the issue. And if Alibaba continues its antagonistic relationship with Western brands, it’s hard to see the problem ending anytime soon.