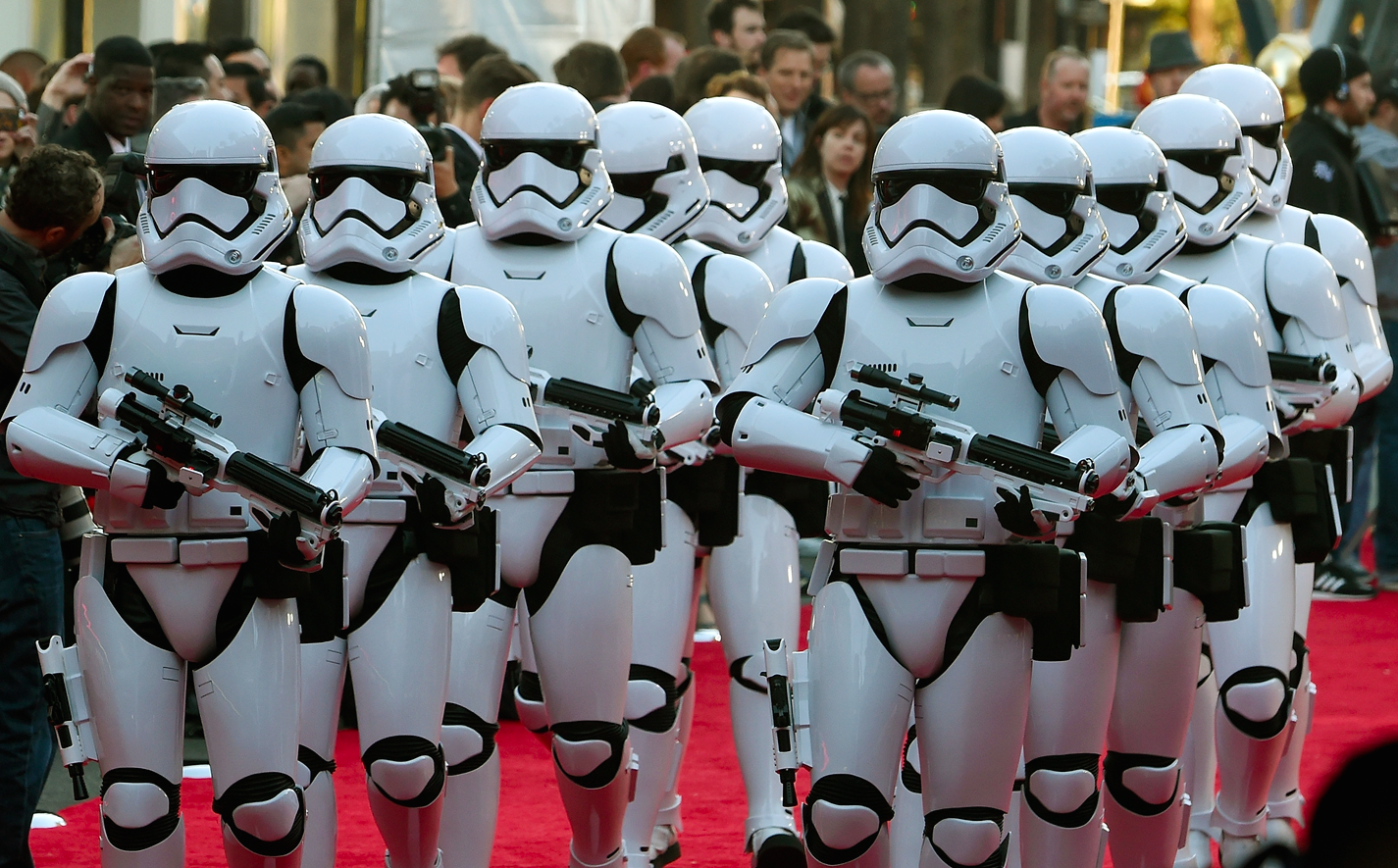 Stormtrooper characters march down the red carpet at the premiere of "Star Wars: The Force Awakens" at the Dolby Theatre on December 14, 2015 in Hollywood, California.
Ethan Miller—Getty Images

The West is again focusing on Alibaba’s (BABA) problem with counterfeits, and again, it’s not a pretty picture.

The latest evidence is the supply of Star Wars products being sold on Taobao, Alibaba’s eBay-like marketplace. Clothes, light sabers, action figures, key chains, stormtrooper pillows, and Darth Vader masks are all being sold for prices—the action figures go for $2—that suggest they are not official goods from Disney (DIS), the franchise’s owner. A search on Taobao for Star Wars merchandise on Monday produced 61,000 listings.

The issue of counterfeits was largely cast aside in Alibaba’s runup to an initial public offering in New York last year, when Western investors were assured the problem was under control. However, a string of recent news reports and a warning from the U.S. Office of the Trade Representative offer evidence that the problem is far from under control.

Four years ago, in 2012, the U.S. Office of the Trade Representative took Alibaba’s Taobao marketplace off a blacklist of marketplaces known for being havens of counterfeits, which it had been on since 2008. But last week the same office issued a warning to Alibaba to upgrade its processes for brand rights’ holders to issue complaints about counterfeits being sold on Taobao or it intimates it risks going back on the “Notorious Markets List.”

It called on Alibaba to simplify the process for brands to complain about fakes, make public its takedown procedures and quicken the process of removing fakes.

The last time Alibaba attracted so much attention for fakes was this spring, when Paris-based Kering SA (PPRUY), which owns luxury labels Gucci and Yves Saint Laurent among others, filed a lawsuit against Alibaba, alleging the company’s search engines steered customers who input keywords like “cucci” to counterfeit Gucci bags selling on Alibaba’s platforms for around $5 compared to the listed $795 price.

Alibaba hasn’t exactly been caught flat-footed. Today, it points out that counterfeits are pervasive in China’s economy—meaning it’s not just Alibaba’s problem to fix—and says it has relationships with more than 1,000 big brand owners to hasten the takedown of counterfeits. “Alibaba Group is committed to the protection of intellectual property rights and the fight against counterfeiting. Counterfeiting is an issue all global e-commerce companies face, and we are doing all we can to address and fight it,” the company said in a statement.

In fact, today it also said it hired a former Pfizer Inc. (PFE) executive as head of its global intellectual property enforcement group, who will work on anti-counterfeiting measures and report to the president of Alibaba Group.

Good thing. The Star Wars merchandise on Taobao is proof that Alibaba’s problem with fakes hasn’t gone away since its record-setting IPO and, as Taobao continues growing, is probably bigger than ever.