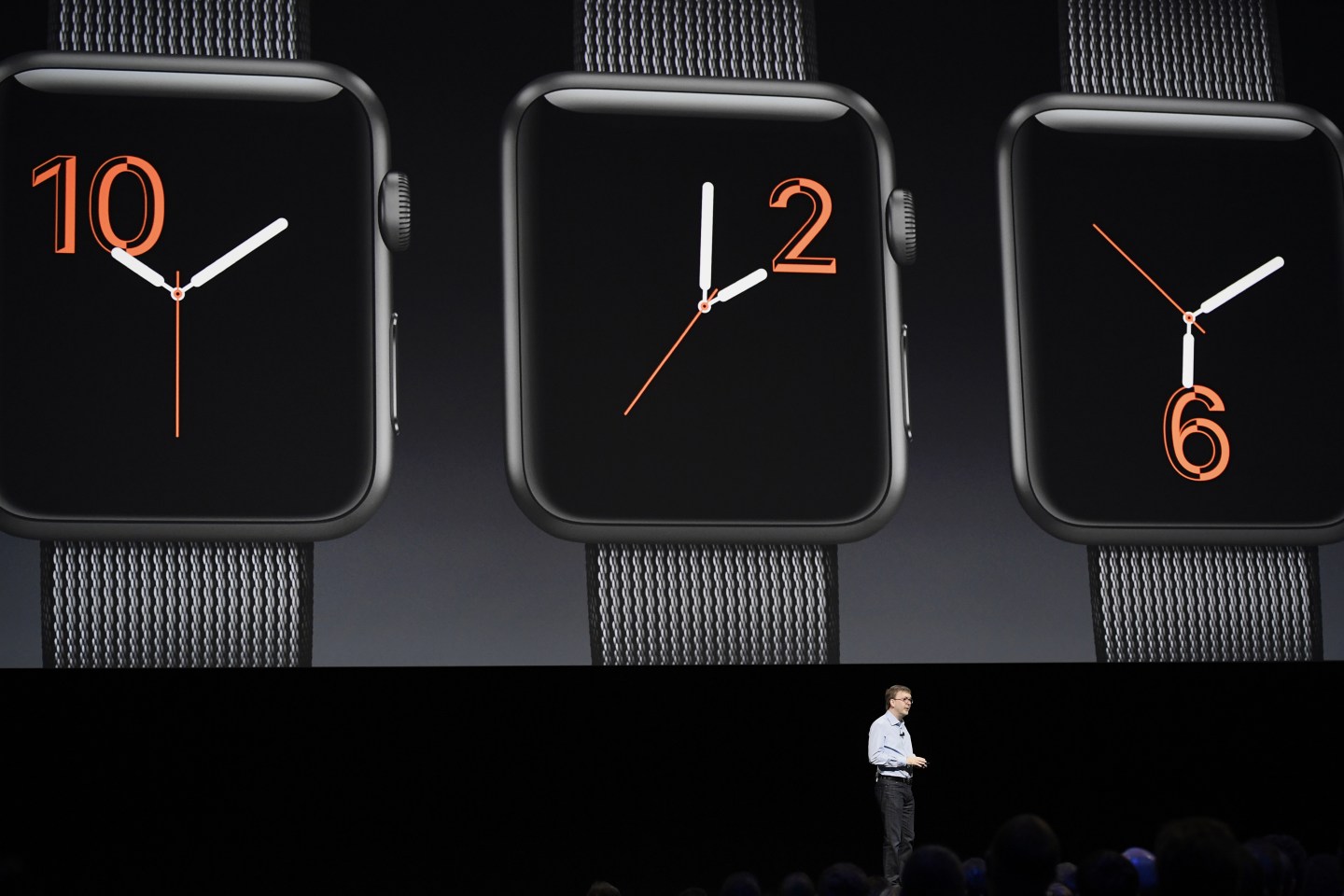 Apple is working hard to keep up with its smartwatch rivals like Google.

On Monday at its annual developer conference in San Francisco, Apple unveiled new features and updated capabilities for its smartwatch’s operating system. WatchOS 3, the newest iteration of the operating system, will make the Apple Watch faster and easier to use along with increasing its emphasis on health and fitness.

One update that is sure to be noticed is the ability to open apps seven times faster, according to Apple VP of technology Kevin Lynch, who introduced the new updates on stage at the conference. Lynch demonstrated the speediness opening an app nearly instantly.

Another feature designed to make using the watch faster is Scribble, which lets users write a response to message by writing them with their fingers on the screen. It’s an alternative to picking from a number of suggested canned replies.

This likely won’t be great for sending really long responses, but still a nifty feature for sending customized messages. Scribble will work in both English and Chinese, likely a nod at the company’s recent investments in China such as its $1 billion investment in Uber’s main Chinese rival, Didi Chuxing.

On the health and fitness front, WatchOS 3 will come with the ability to share fitness data with friends and family. Many watch users have become “addicted” to its “activity rings” (fitness goals like daily steps), and soon they’ll be able to compete with others by sharing their activity data. They’ll even be able to send a friend or family member a message or audio message to encourage them or to tease them.

WatchOS 3 also comes with a new health app: Breathe. The app is exactly what it sounds like—a deep breathing and meditation app. As Apple’s director of fitness for health technologies Jay Blahnik explained on stage, it would work well for both deep breathing newbies, as well as those who already practice the technique and now have an extra tool to help.

But perhaps the most significant addition to WatchOS’s health features is a new mode for users in wheelchairs. “We recognized that we couldn’t use the same algorithms because the biomechanics are different,” Blahnik said.

With the new wheelchair mode, the Apple Watch will provide two workouts specifically for users in wheelchairs, activity rings adjusted to them, and even change the “time to stand” reminder to “time to roll.” Apple worked with the Lakeshore Foundation and the Challenged Athletes Foundation to develop its new features, according to Blahnik.

WatchOS 3 will also come with other new apps and options, including SOS, an emergency calling feature that works internationally, a control center like on iOS, and a bevy of new watch faces, including Minnie Mouse, who joins her partner Mickey who’s long been part of WatchOS.

The “preview” version of WatchOS 3 is now available for developers to start working with it, and the full version will arrive to all Apple Watches in the fall as a free upgrade.