Wary of Donating on GoFundMe? What to Look for Before You Give Online 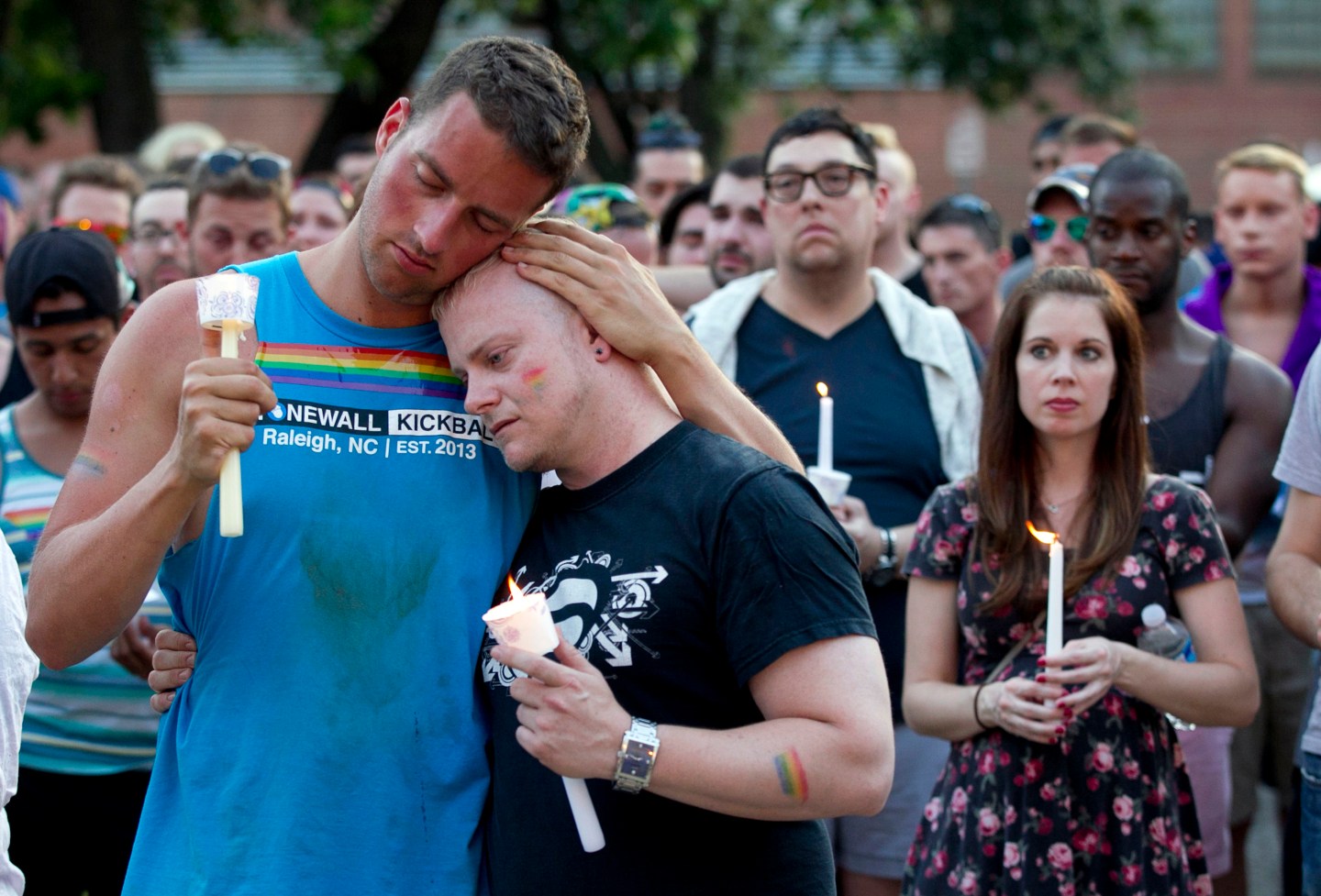 Ryan Gibson, left, embraces Tabor Winstead during a vigil for the victims of the Orlando shooting on Sunday, June 12, 2016 at the Legends Club on Hargett Street in downtown Raleigh, N.C. The event was held by the LGBT community in Raleigh, after 50 people were killed in an Orlando nightclub. (Robert Willett/The News & Observer via AP) MANDATORY CREDIT
Robert Willett — AP

In less than 24 hours, the advocacy group Equality Florida has raised more than $2 million for the victims of the Orlando shooting at a gay night club called Pulse that left 50 dead and more than 50 injured over the weekend.

By mid-afternoon Monday, 50,000 donors from around the world had made pledges, for mostly less than $100.

And as the campaign racked up donations, some commenters raised a question common on crowdfunding sites these days: How do we know the campaign is legitimate? After all, the rules for giving have changed considerably since online portals have made such fundraising endeavors all the more simple. There are any number of ways for people to raise money — it’s no longer just a game for established organizations like the Red Cross or United Way. And with that comes the potential for fraud.

“So many things can look good online,” says Ray Madoff, director of the Forum on Philanthropy and Public Good at Boston College’s Law School. “There are plenty of people who take advantage of a disaster to line their own pockets.”

In Equality Florida’s case, it has gone to great lengths to be transparent, with plenty of information on its fundraising page. It has, for example, coordinated with various legal experts, as well as the National Center for Victims of Crime to deploy 100% of the funds it collects, Ida Eskamani, the group’s development officer who created the campaign, says.

“Seeing this incredible support is very humbling, and a reminder that it is love and compassion will that will move us forward,” Eskamani says.

A spokesman for GoFundMe, which has itself donated $100,000 to Equality Florida’s campaign, says the help button at the top of each campaign allows customers to contact each campaign organizer directly with any questions. It also uses technology to vet for fraudulent campaigns, the spokesman said.

Legitimate charities are all subject to oversight from the Internal Revenue Service, and from the various attorneys general in the states where funds are collected, Madoff adds. One way to check on a charity, or other nonprofit, is to look online at its Form 990, which it typically files with the IRS, but is generally public information and often accessible on sites like ProPublica and Guidestar. It will show you what percentage of the funds collected actually makes it to the cause the charity supports.

The Better Business Bureau has also put together a list of suggestions for all online giving. Among its recommendations: Vet any charity that you may give to, and find the one with the best track record for assistance for the cause you support. Equality Florida, is one of the largest state organizations for LGBT people, with 200,000 members. It is also working with the NCVC, which helped deploy funds to victims of the Aurora, Colo., movie theater shooting in 2012 and the Chattanooga, Tenn., military reserve shootings last year.

You should also look for the charity’s government registration with a state attorney general’s office, which is required in 40 of 50 states before a charity can accept any funds. If the charity isn’t registered, it’s a red flag, BBB says.

Be wary of fundraising campaigns that are vague, the BBB says. You want concrete information about how the money will be used. In Equality Florida’s case, the funds will be used to defray medical care expenses, funeral costs, and costs for counseling, Eskamani says.

Not all charities are 501(c) (3)s, which gives them tax-exempt status. Those that aren’t are likely to deduct from your contribution to pay for tax liabilities. Equality Florida, for example, says loud and clear on its fundraising page that it is, and refers potential funders to its official registration statement.

Finally, more established charities have a track record, and are likely to be able to get funds more quickly to those in need than newer organizations are.

This vetting process, in addition the scope of the national tragedy, are reasons for GoFundMe’s own donations to the campaign for victims of the Orlando massacre.

“Started by Equality Florida, an LGBT advocacy organization, the campaign is the largest and fastest growing in GoFundMe’s history,” Dan Pfeiffer, GoFundMe’s vice president of communications, and a former communications director President Obama, said in emailed statement. “We’ve seen a tremendous response from tens of thousands of donors who have stepped up to support the victims during this difficult time. We encourage everyone to continue their support.”