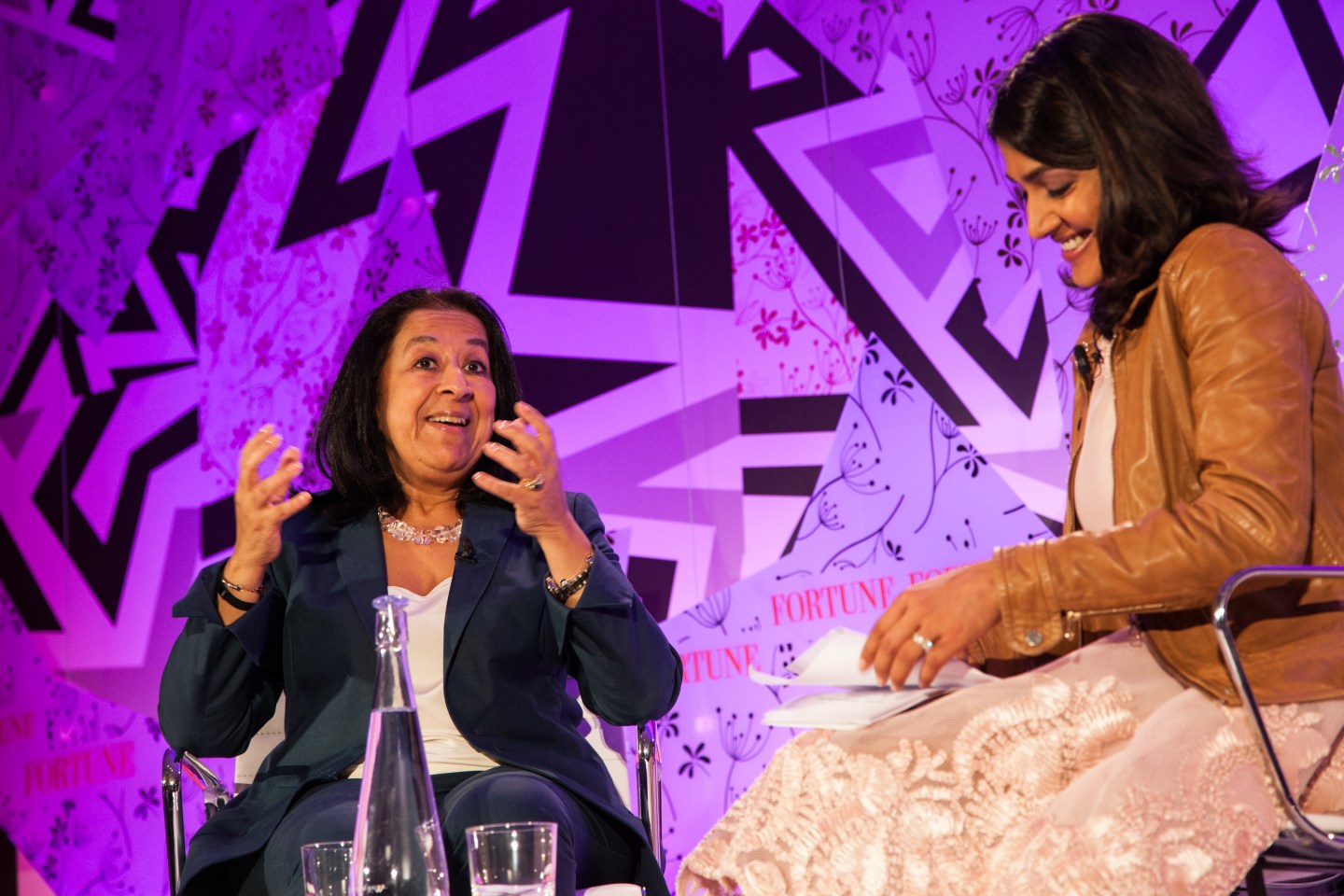 Olayan, CEO of Saudi Arabia-based conglomerate Olayan Financing Company, went a full 18 years as the only woman in her company’s domestic group.

So it’s notable then, that she believes that women’s right to drive in Saudi Arabia could be “coming very soon.”

“Or at least I hope it will come very soon,” she said Monday at Fortune‘s Most Powerful Women Summit International in London.

Lubna, whose father started OFC in 1947, said recent events in the Middle Eastern nation indicate that the ultra-conservative kingdom, where women are not allowed to drive and are legally dependent on men for many life decisions, is primed for change. In recent years, the government has encouraged private companies to hire women. In 2013, 30 women were appointed to Saudi Arabia’s consultative council. In 2015, women were allowed to run for local council seats and 17 secured victories.

She said the biggest breakthrough has come in education, where women’s literacy rate has skyrocketed and female students outnumber men in the kingdom’s universities. Her own company’s workforce in Saudi Arabia is now 15% female.

Yet women are still forbidden from driving and the independence that comes with it.

“Women driving is a hugely debated issue in the country,” she said, noting that women do drive in the kingdom’s desert regions. Much of the outside world no doubt considers Saudi Arabia drastically behind the times in terms of women’s rights, but Olayan has a more nuanced view. There are some people in Saudi Arabia who think the changes are moving too fast, she says. “Others think they’re moving too slow.”

“You have to take the changes relative to the society they’re in,” said Olayan.

This story has been updated to correct the percentage of women in OFC’s Saudi workforce. It is 15%, not 25%, as Lubna Olayan stated on stage.