How the Orlando Shootings Will Shape the General Election 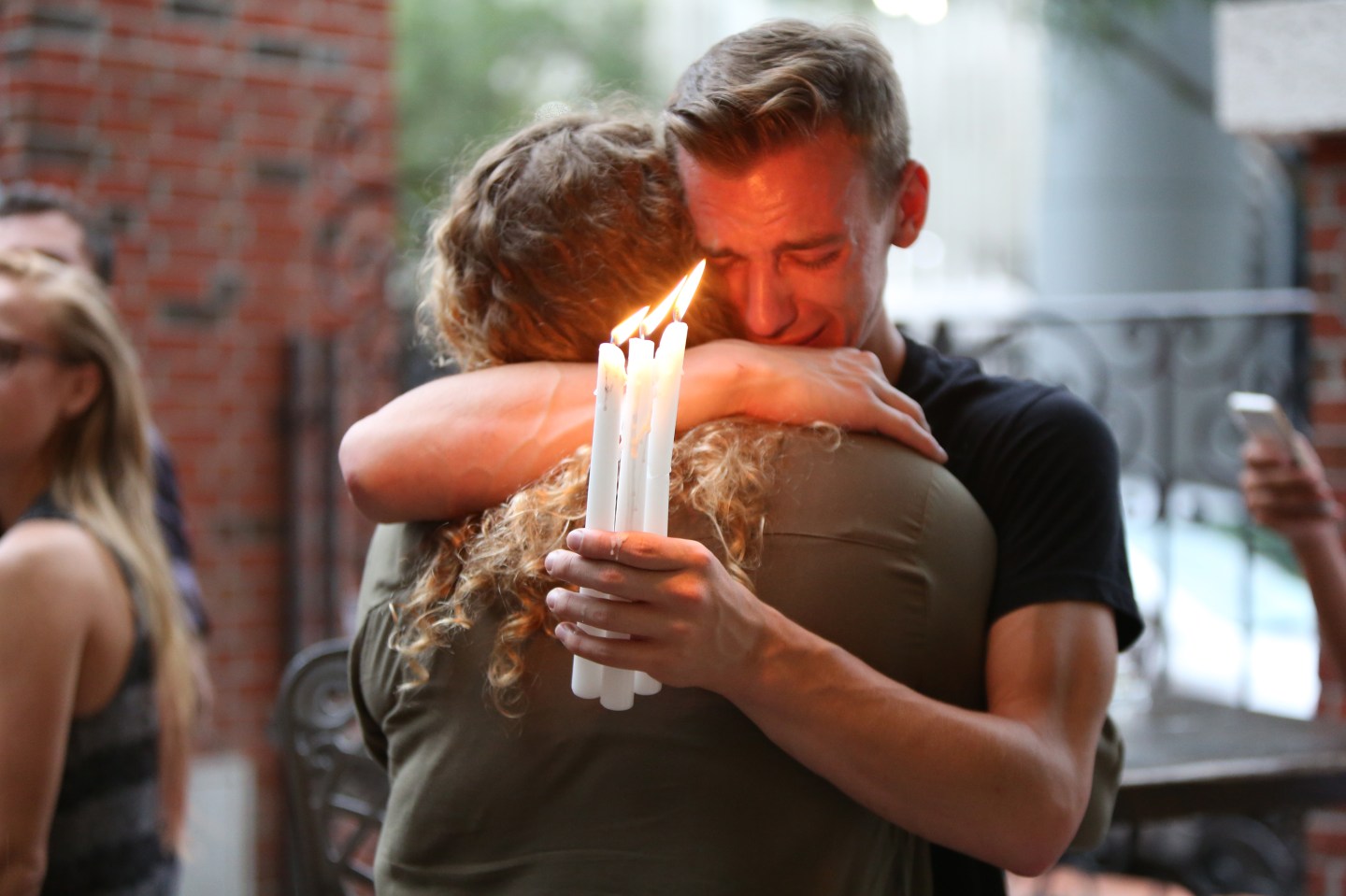 Following the deadliest terrorist attack on U.S soil since September 11, 2001, the U.S. presidential campaign enters uncharted territory. The attack in Orlando, Florida on Sunday that left at least 49 people dead and at least 53 injured comes at a critical time for the presidential campaign, as the beginning of the Republican National Convention in Cleveland and the Democratic Convention in Philadelphia are just five weeks away.

While much is still unknown, what is known is that Omar Matteen, a U.S. citizen whose parents are from Afghanistan, carried out the worst massacre using firearms in American history at a gay nightclub. In phone conversations to the police, he expressed his allegiance to ISIS. It also appears he was at least in large part animated by hatred toward gays, which, taken in isolation from the other contexts, would make this the worst hate crime in American history.

This tragedy will certainly change the tone of the U.S. presidential race. Up until last weekend, the campaign was dominated by the continuing saga of Hillary Clinton’s struggle to dispatch Bernie Sanders, a task she finally appears to have accomplished with last Tuesday’s big win in the California primary; the ongoing mudslinging between Trump and Clinton over who was more qualified to be president; the controversies surrounding Trump, Trump University, and his remarks about the judge handling the case that drew near-universal condemnation; and of course, the ongoing Clinton email saga and the seemingly interminable wait for the FBI and Justice Department to complete their investigations.

Following the Orlando tragedy, it seems likely the thrust of the campaign will pivot quickly. President Obama tried to set the tone on Sunday afternoon with an address that was consistent with his prior efforts following San Bernadino, the Paris attacks, and other tragedies. What’s interesting is President Obama’s resolute refusal to use the phrases “Islamic terrorism” or “jihadist terrorism” to describe Orlando and other tragedies, which puts Clinton into a political straitjacket. She can do little more at this point than to emulate the person she hopes to succeed, and whose support, assuming a worst-case scenario, she will desperately need should the FBI recommend legal action be taken against her in the email controversy. Also consistent with past practice was Obama’s effort to frame the shooting as requiring a need for more gun control, a theme that has been consistent with nearly all of the shootings—terrorist-inspired or not—on American soil since he took office.

Needless to say, Trump and the Republicans will be under no such limitations. Indeed, Trump fired off a tweet just hours after the shootings, calling upon Obama to resign, saying it was time to take terrorism seriously, and congratulating himself on being right about terrorism from the beginning, although his proposal to ban Muslims from entering the country would have done nothing to stop this attack. Trump’s speech, scheduled for today, is likely to reinforce his basic talking points. The risk for Trump is to do what he seems so prone to do, which is to engage in such vast hyperbole as to overshadow relevant criticisms of existing policy. The danger for Clinton is the pervasive sense that Democrats are weak on the issue of terrorism and incapable of responding to what many honestly perceive as an existential threat.

Orlando exposes so many deep cleavages in American society, and these cleavages reflect fundamentally different ways of framing the issue. There is the effort by the Left to portray the problem as one of the need for gun control, while the Right seeks to portray it as a fight against Islamist extremism. The Left emphasizes the danger of overreacting and creating an atmosphere of hostility to Muslims, while the Right portrays the problem as a willful blindness to an existential threat in addition to the folly of unchecked immigration. The Left finds itself trying to address the needs of two constituencies, gays and law-abiding Muslims, while the Right finds itself defending gays, a position many on the right may find uncomfortable.

How Trump, Clinton, and their respective supporters navigate these treacherous waters over the next few months will likely go a long way to determining the next president of the United States.