How LGBT Celebrities Reacted to the Orlando Nightclub Shooting 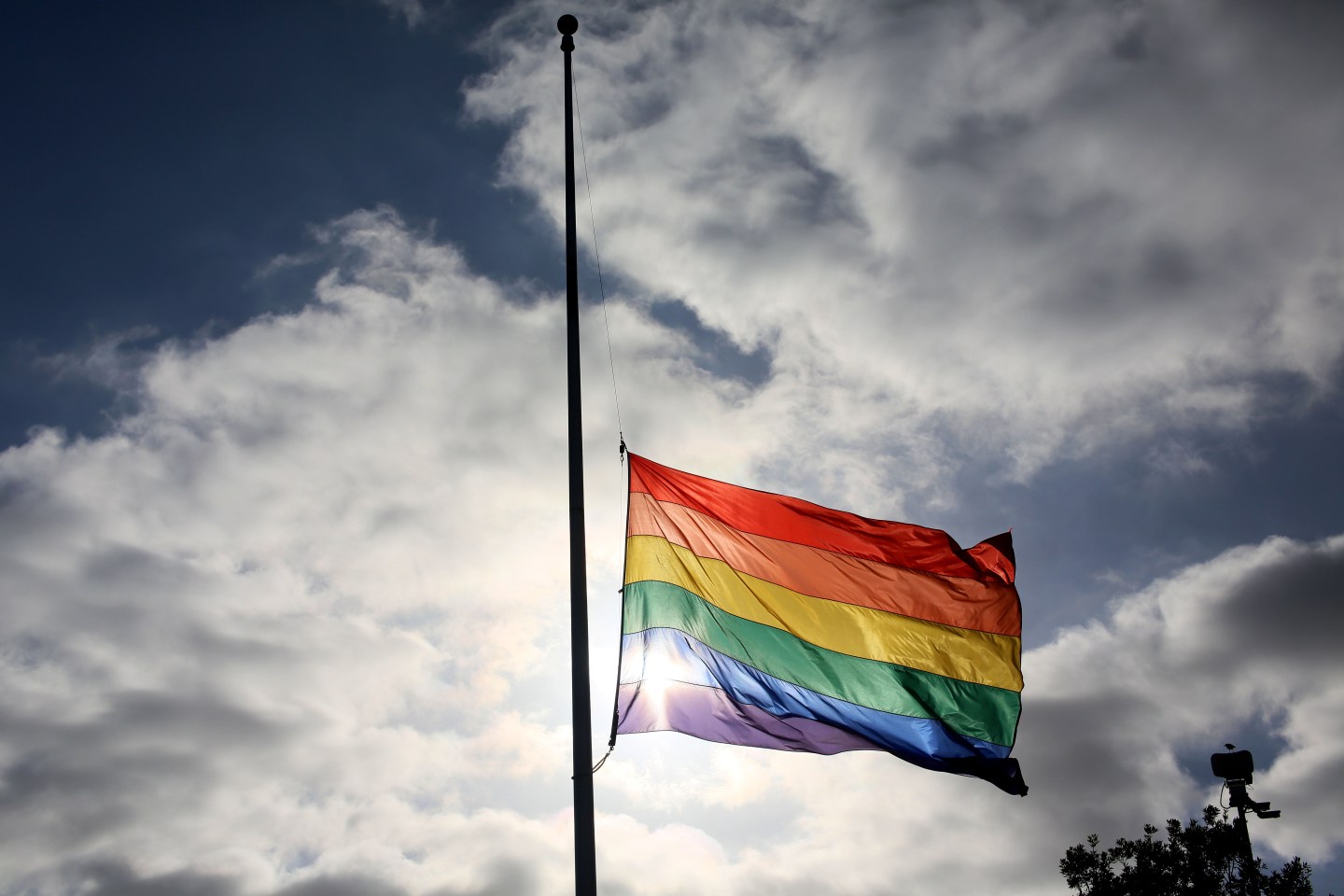 TOPSHOT - A pride flag stands a half mast during a memorial service in San Diego, California on June 12, 2016, for the victims of the Orlando Nighclub shooting. Fifty people died when a gunman allegedly inspired by the Islamic State group opened fire inside a gay nightclub in Florida, in the worst terror attack on US soil since September 11, 2001. / AFP / Sandy Huffaker (Photo credit should read SANDY HUFFAKER/AFP/Getty Images)
Sandy Huffaker — AFP/Getty Images

The mass shooting that took place in Orlando on Saturday, killing at least 50 people and wounding 53 others, was not only the worst such incident in U.S. history but also a seemingly targeted attack on the LGBT community. Not only did the gunman — 29-year-old Omar Mateen — choose a gay nightclub as his target, he reportedly did so after getting “very angry” when he saw two men kissing in public, according to an interview with his father.

Celebrities and public figures from the LGBT community were at the forefront of the national and global mourning of the attack, with many of them sharing messages of support and condolence on social media.

Actor-director George Takei of Star Trek fame, a longtime advocate for LGBT rights, said he was “devastated” by the attack and expressed support for the victims and their families.

Devastated by the news out of FL. Whatever the madness behind this, let us all come together first to support victims & their loved ones.

British musician Sir Elton John also took to Twitter to express his grief, sharing a quote by Martin Luther King Jr. along with a message of solidarity.

Apple CEO Tim Cook, who came out in late 2014, added his voice to the outpouring of grief, as did actors Neil Patrick Harris and Kristian Nairn (known for his role as Hodor on Game of Thrones).

Our hearts go out to the victims of the unspeakable tragedy in #Orlando, their families and all who grieve with them.

The tragedy in Orlando is just beyond sad. My deepest regrets to all those suffering. There are no words that suffice. I'm…stunned.

My thoughts are with the people of Orlando Florida, and the horrible events at Pulse :( be safe people <333 #orlando

Shocked & heartbroken. Sending all my thoughts & prayers to my bothers & sisters in Orlando. Be safe the rest of this weekend friends #pride

Deeply moved that in the face of tragedy Orlando & Americans everywhere are coming together to give blood, love & support.This is who we are

Comedienne Ellen Degeneres, meanwhile, summed up her reaction to the horrific attack in one word.