American Express and U.S. Open Golf Agree to Play Another Round 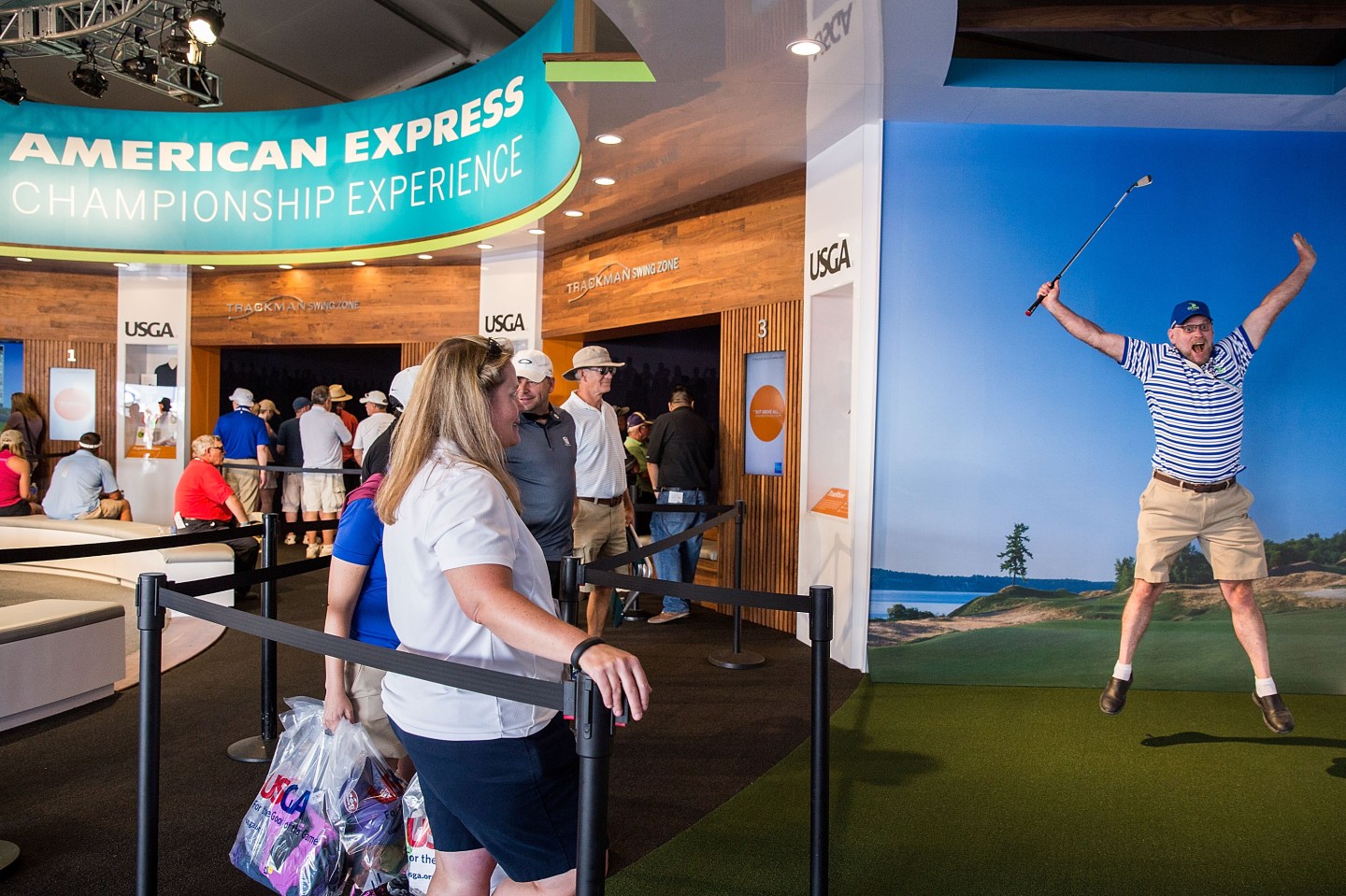 When it comes to sports sponsorships, the US Golf Association (USGA) believes a lower total is a winning score—just like in the game itself.

Fortune has learned that golf’s governing body in the U.S. is extending its 10-year-old partnership with American Express—which was the USGA’s first deal of that nature. An announcement is expected later Monday; terms of the extension were not disclosed.

In a sort of a homecoming, the new multi-year agreement is being unveiled at Oakmont Country Club, site of this week’s 116th U.S. Open, and where the original deal took effect in 2007—consummating a long courtship by Amex (AXP).

“What’s amazing is, in the grand scheme of the sports landscape, for the USGA to be celebrating the first decade with sponsors, is pretty unusual. If it wasn’t for Amex, I’m not sure we’d have any now,” says Sarah Hirshland, who was on the other side of the negotiating table a decade ago with sports marketing firm OnSport and is now senior managing director of business affairs for the USGA.

The USGA still eschews commercialization, leaving one sports marketing executive who did not want to be quoted for this article, to call it the “anti-NASCAR.” The golf group has just five corporate partners including Amex, although the USGA regularly fields calls from other companies who want to sponsor the organization’s tournaments, which include the U.S. Open, U.S. Amateur Open, and Walker Cup.

“Some [sports organizations] sell sponsorship by categories: bank, beverage, car, credit card company,” Hirshland explains. “We don’t think of it that way, we focus on the organization’s strategic areas of focus. We try to find organizations that can join us in that.”

Hirshland cited American Express’ expertise in areas such as commerce, tickets, and travel. “That’s an important piece of the puzzle,” she says. “Chips, security and payment systems and platforms are evolving so it’s nice to have a partner at the forefront of the industry helping us through that [and] they know how to do special ticket sales and hospitality experiences.”

Membership Has Its Privileges

American Express seems to check many boxes and the company has found the partnership strategic for its own customers and its brand.

“For golf specifically, it’s a strong passion area for our card members,” says Deborah Curtis, vice president, global experiential marketing and partnerships at American Express. “66% of our card members are more likely to attend a golf tourney than the general population…[and] card members are more likely to buy golf equipment, so it’s passion for golf on multiple levels. That gives us incredible amounts of confidence in the prestige that golf brings to their life and this is such a marquee event to bring that access to them.”

The access for card members includes on course and online offerings. There’s early access to buy tickets a year out for the next U.S. Open and Amex sponsors the live stream, promising more than 40 hours of coverage.

Then there’s the American Express Championship Experience at Oakmont. That includes The Mind Game providing mental strategy and insights on how to navigate the course’s three signature holes—#4, #8, and #18—which prepares fans to “play” those holes at the TrackMan Swing Zone. Cardholders will get exclusive tee times for most of the day throughout the week.

In addition, Amex card members receive complimentary radios to listen to SiriusXM’s (SIRI) live broadcast of the tournament so they can keep up with action elsewhere on the course.

One other notable aspect for the U.S. Open golf sponsorship versus Amex’s now 23-year involvement with the U.S. Open Tennis Championship is that the golf tournament rotates around the country. It was in Seattle last year, Pittsburgh this year, and outside of Milwaukee next year.

For more on American Express, read: The Last Stand of Ken Chenault

And while the partnership may fit like a proverbial golf glove, the USGA’s Hirshland says American Express has made her organization step up its game to promote the sport and the championships. “There’s also a really nice alignment around their ability to drive loyalty through outstanding service,” she says. “That’s a model we aspire to and we admire. So for us when you look at a brand and what it represents, some of it is functional, some is the amount of loyalty to Amex. Even those who don’t have a card may aspire to it, that’s a powerful thing to have. Aspiration is part of who we are—we want to inspire people. There are nice synergies there we really like.”