After Orlando Shooting, Obama Asks What ‘Kind of Country We Want to Be’ 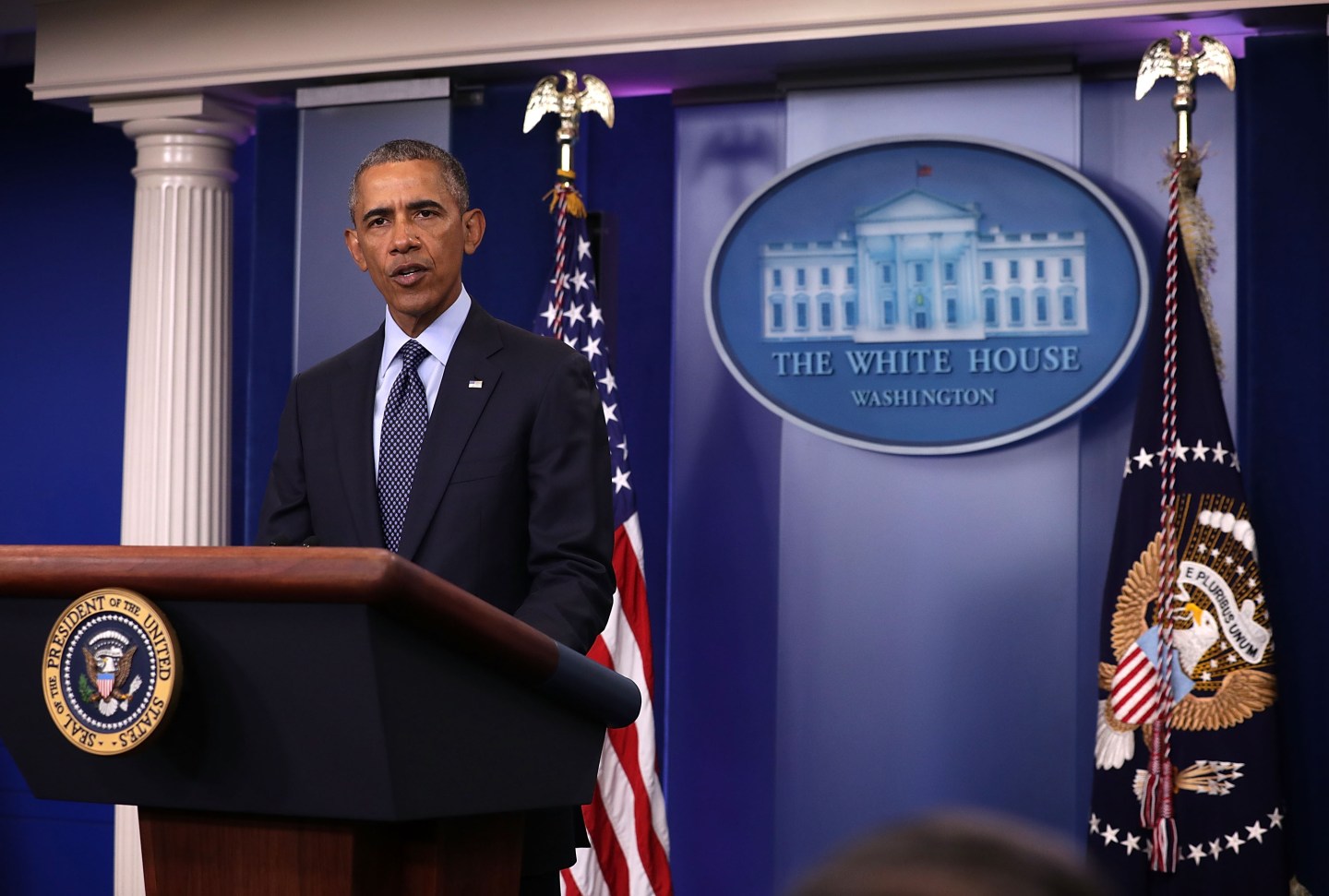 President Obama on Sunday called on the American people to “decide if that’s the kind of country we want to be” after a lone gunman who reportedly pledged allegiance to the Islamic State terror group opened fire on a gay night club in Orlando in what is the worst mass shooting in the country to date.

“This is a sobering reminder that attacks on any American – regardless of race, ethnicity, religion or sexual orientation – is an attack on all of us,” he said.

The remarks were not unlike others he has given after the many other mass shootings that have taken place during the seven and a half years he has been president. In fact, during his presidency, America has experienced seven of its worst mass shootings – including one at Sandy Hook Elementary School in Newtown, Conn.

“Today marks the most deadly shooting in American history,” Obama said. Noting the weapons used by the gunman, he said the shooting is a “further reminder of how easily it is for someone to get their hands on a weapon that allows them to shoot someone in a school, a house of worship, a movie theater or a night club.”

“We have to decide if that’s the kind of country we want to be,” he said.

A Morning Consult survey of Americans in January found that 45 percent of voters believed easy access to guns had “a lot” to do with gun violence in America, while 10 percent said it had nothing to do with it. It also found most voters support policies that would require background checks and gun sellers to have licenses.

Following the mass shooting at a holiday party in San Bernardino last December – in which authorities believed the perpetrators were inspired by Islamic extremism – security rose, albeit briefly, as the top issue on the minds of American voters. By the new year, economy was back at the top of voters mind, where it remains in recent surveys.

A debate about rights for LGBT Americans has been ubiquitous. Following a Supreme Court ruling last year allowing same-sex couples to get married, conservatives have pushed back on a number of fronts – from which bathroom transgender people can use in North Carolina to whether a wedding vendor should be able to deny services to a gay couple in Missouri.

A Morning Consult survey earlier this year found that while about half of voters said they would vote for a presidential candidate who was gay, 30 percent said they would not. Half of voters – 51 percent – say they support same-sex marriage, while 37 percent of them oppose it.

In Orlando, medical officials asked the public to donate blood as they treated the at least 53 people who were injured during the shooting. Late last year, the Food and Drug Administration relaxed a rule banning men who have had sex with other men from donating blood. The new rule allows gay men to donate blood, but only after abstaining from sex for a year.

A survey last September found that 47 percent of Americans believed gay men should be able to donate blood, while 34 percent said they should not. Of those respondents from Florida, 49 percent believe support allowing them to donate blood.