Clashes Erupt in Marseille Ahead of England-Russia Match 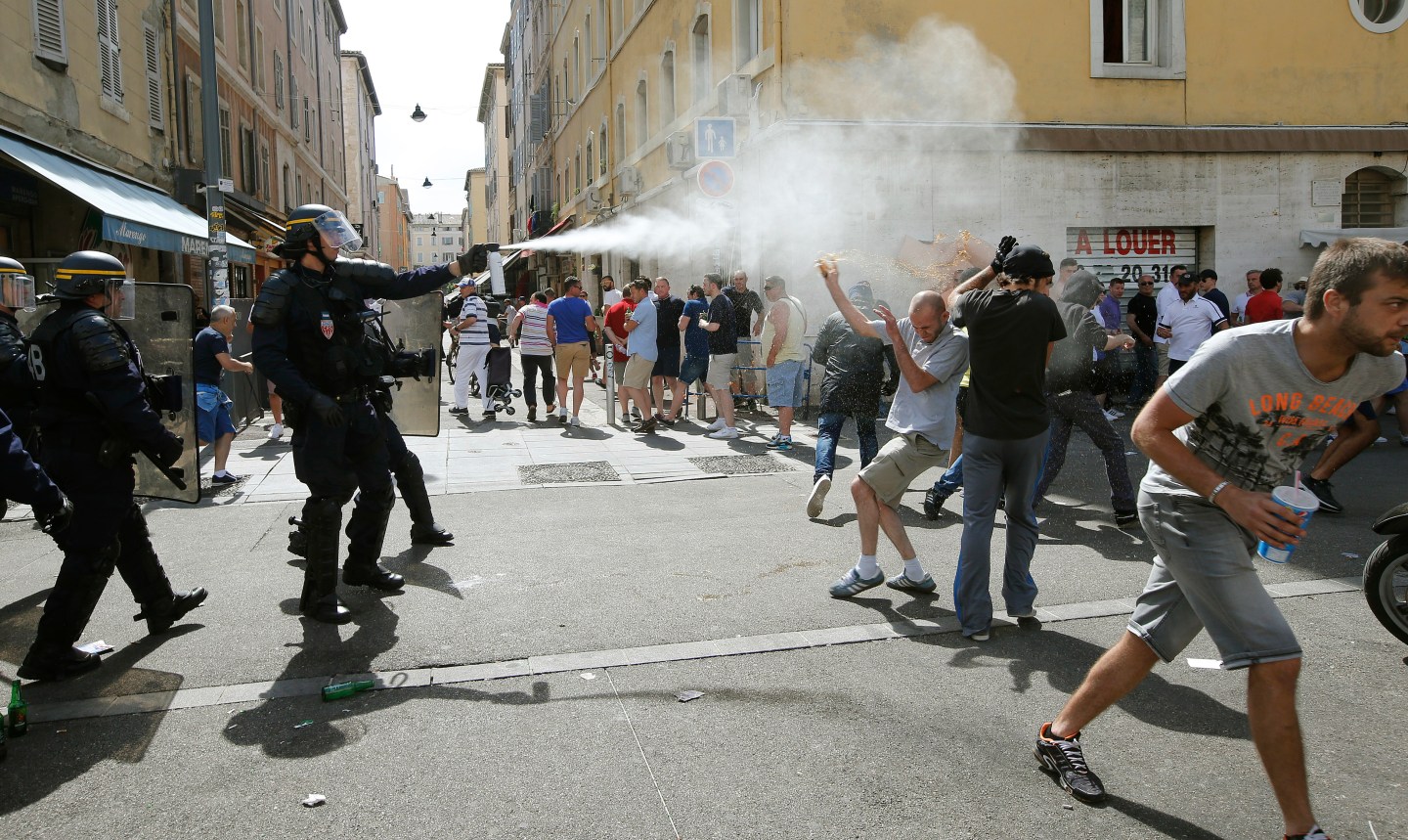 English and Russian soccer fans hurling bottles and chairs clashed with each other and with French riot police in Marseille on Saturday ahead of their teams’ opening Euro 2016 match.

There were also scuffles between visiting fans and locals, with some wielding cafe tables as weapons, in a third day of violence in the narrow streets leading off Marseille’s Vieux Port (Old Port).

Marseille’s emergency services said about 10 people were injured during the fracas, including one middle-aged man who was knocked unconscious, and one England supporter had suffered a heart attack.

For more on soccer, watch:

Water cannon trucks moved in and dozens of police armed with batons cordoned off streets, firing tear gas to break up the skirmishes.

“I hope they never reach the stadium,” said Sabine Bernasconi, the mayor of one of Marseille districts.

Tens of thousands of fans descended on Marseille ahead of the evening’s match. Broken glass and debris littered some roads and alleys near the Queen Victoria pub, focal point of clashes between English, Russian and French fans on Thursday and Friday.

A Russian fan smashes a chair over an England supporter as another attacks him on the ground as they clash ahead of the game against Russia later today on June 11, 2016 in Marseille, France.Carl Court — Getty Images

The clouds of tear gas produced images of unrest all too similar, though on a much smaller scale, to those in the city 18 years ago when violence flared for two days and nights around England’s World Cup game against Tunisia.

Local police chief Laurent Nunez said about 300 English fans had been involved and a similar number of Russians. There were no plans to close a beach-side fan zone, he said.

Police made six arrests on Saturday, adding to the nine from Friday. Those charged could face trial as early as Monday.

The Queen Victoria and next-door Irish bar were forced to close their doors to England fans late last night, and several other bars in the port area have said they will not be showing the 9 p.m. (1900 GMT) England versus Russia match on TV.

With up to 90,000 fans expected to fill the city, authorities were endeavoring to keep some sort of control and the atmosphere around the stadium and on the route to the fan zones was convivial.

There are designated separate routes to approach the Stade Velodrome for the match while the fan zone has been split into two sections, each holding 40,000.