President Obama’s New Smartphone Is More Like a Toddler Phone 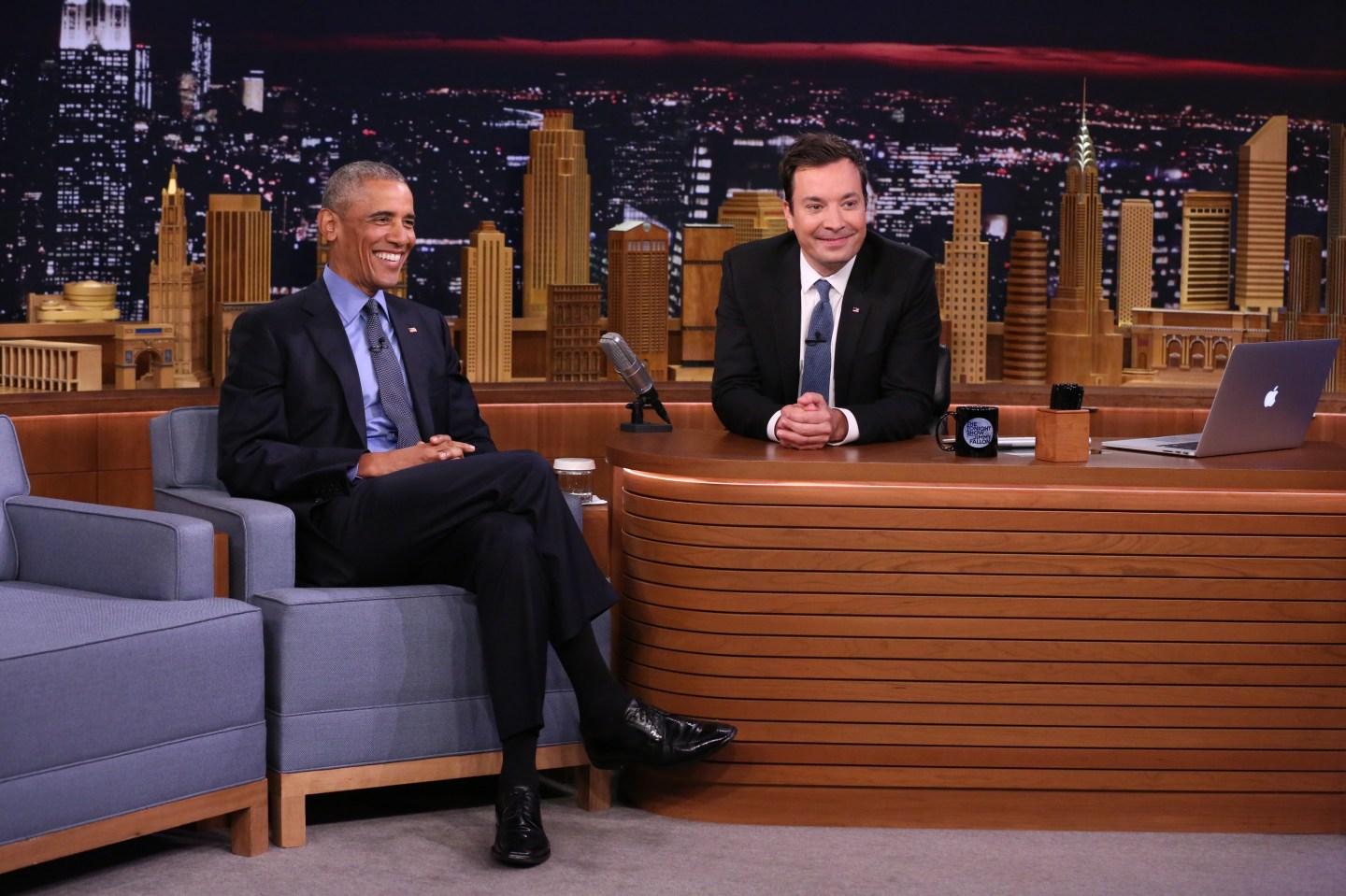 President Barack Obama was the first leader of the free world to use a Blackberry, but he’s fallen behind the cutting edge of mobile technology after almost eight years in office.

Only this year did the president get a smartphone, owing to security concerns about keeping hackers and foreign agents out. But if you wonder why Obama hasn’t become one of those texting, Snapchatting, tweeting politicians who seem all too common in 2016, it’s not for lack of desire. At least not completely.

It seems the smartphone that the president received, which he didn’t identify, isn’t as smart as the typical device anyone else can buy in a local Verizon Wireless store, as the president mentioned to talk show host Jimmy Fallon on Thursday night.

After he got the phone, the president was told “this is a great phone, state of the art, but it doesn’t take pictures, you can’t text, the phone doesn’t work, you can’t play your music on it,” Obama said, laughing along with Fallon. “So basically, it’s like—does your 3-year old have one of those play phones?”

The device left the president jealous of his daughters and his wife, he said. “I’ve been seeing Malia and Sasha doing all this and Michelle’s got three of them, she’s texting and all this,” Obama said.

Obama also did several comedy bits with Fallon, including a “slow jam” about his economic record.

News of the new phone for the president comes a year after he told talk show host Jimmy Kimmel that he still had the Blackberry. “A lot of the newfangled stuff, for security reasons, I don’t get,” he said at the time.

Blackberry (BBRY) has been in a tailspin since shortly after the Apple (AAPL) iPhone hit the market. Once incredibly popular, the company’s market share has dropped below 1% in the United States and sales of its phones dropped to 900,000 in its most recent quarter, or only slightly more sales that Apple makes per day.

Obama made headlines when he took office in 2009 and got to keep his Blackberry mobile phone, though after undisclosed modifications were made to strengthen its security features. And the president was only permitted to email a small group of friends and senior aides via the device. The president borrowed an aide’s iPhone when he posted his first tweet last year.