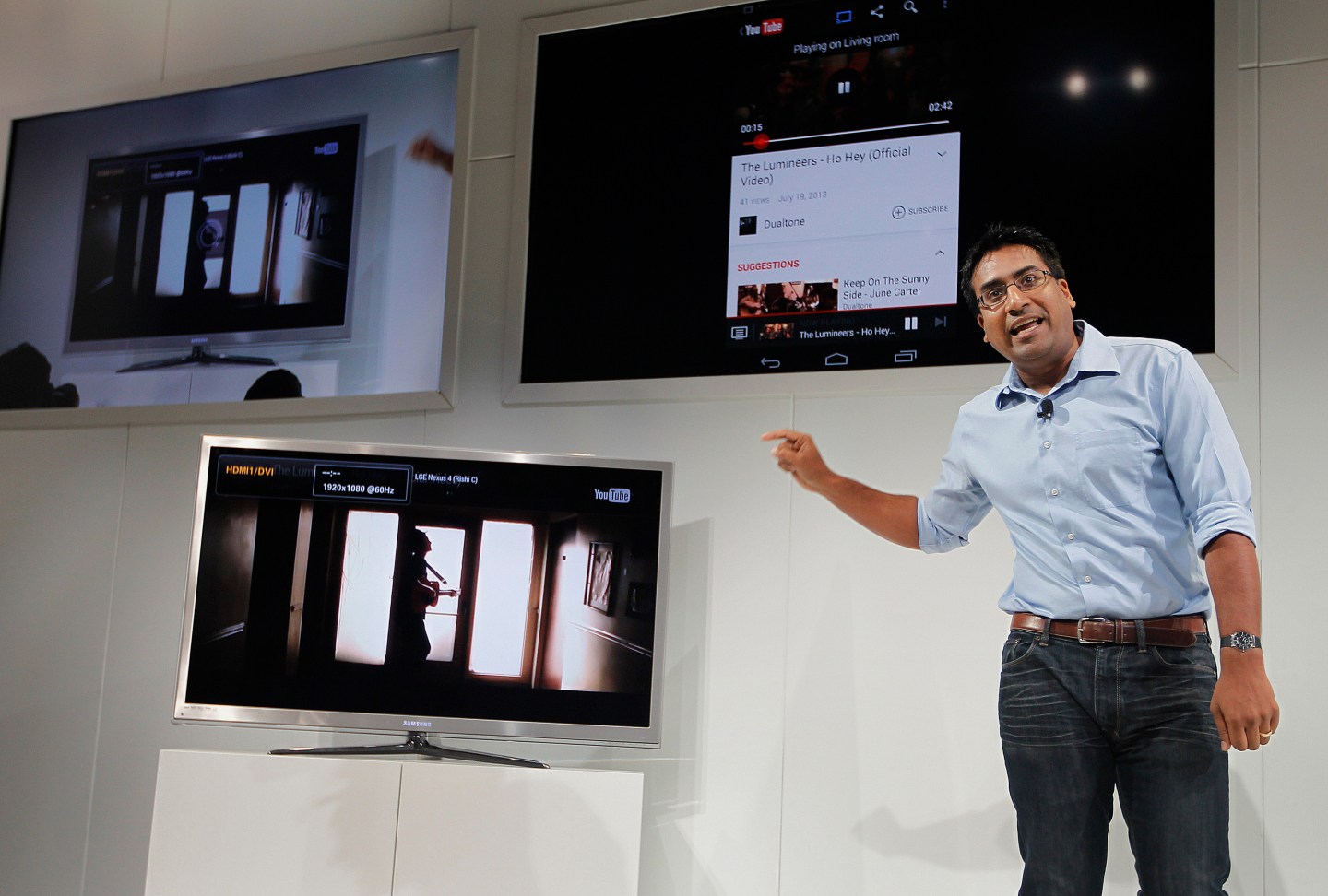 As the battle to sell apps and services expands beyond mobile devices, Google just pulled ahead of Apple in the market for set-top boxes that connect to TVs, according to a new report.

Connected television sets are one of the most heated battlegrounds for mobile phone makers and others seeking to profit from consumers’ growing desire to watch videos and play games anytime, anywhere. Apple and Google also face competition from Roku, Amazon (AMZN), and TV makers like Samsung (SSNLF) and LG, which are building connected functionality right into the screens.

Google (GOOGL) has relentlessly pursued low prices for its small, round connected device, selling the Chromecast for $35 and throwing it in free in a variety of promotional offers. In February new subscribers to Spotify Premium got one free and in January Android Pay had a free Chromecast offer.

Apple (AAPL) has gone more upscale, pricing the newest Apple TV, an unmarked black box about the size of a hockey puck, at $149, up from $99 for earlier models when they were introduced.

Google’s lower price should help Chromecast extend its lead on Apple, said Merrick Kingston, a principal analyst at IHS. “We anticipate that this reversal will persist,” Kingston said in a statement. “Since the introduction of the fourth-generation Apple TV, Apple and Google have pursued vastly different strategies.”

The device from Google, a unit of Alphabet, offers more limited functionality, of course. It requires that buyers use their smartphone, tablet, or laptop to control the device and essentially runs phone-like video and music apps on a TV. IHS calls the Chromecast “a veritable bargain” that offers a “no-frills” experience.

Apple’s box comes with a multifunction remote control and has its own specialized operating system and dedicated apps, including games. As a result, many online video providers have created specific apps for the box, including Netflix (NFLX), HBO, and PBS. But the more complicated device has also been the subject of sharp criticism for the design of its remote control, and owners aren’t using many apps. The box is a “premium hub” that appeals to people who love Apple’s “singular user-interface,” according to IHS.

To learn more about the Apple TV, watch:

Other market watchers have reported that the Chromecast pulled ahead of Apple even earlier. The Google device captured 35% of the market in 2015, Apple TV grabbed a 20% share, and Amazon and Roku tied with 15% of the market each, Strategy Analytics reported in March.