Silicon Valley Start-ups Aim to Fast Their Way to Success 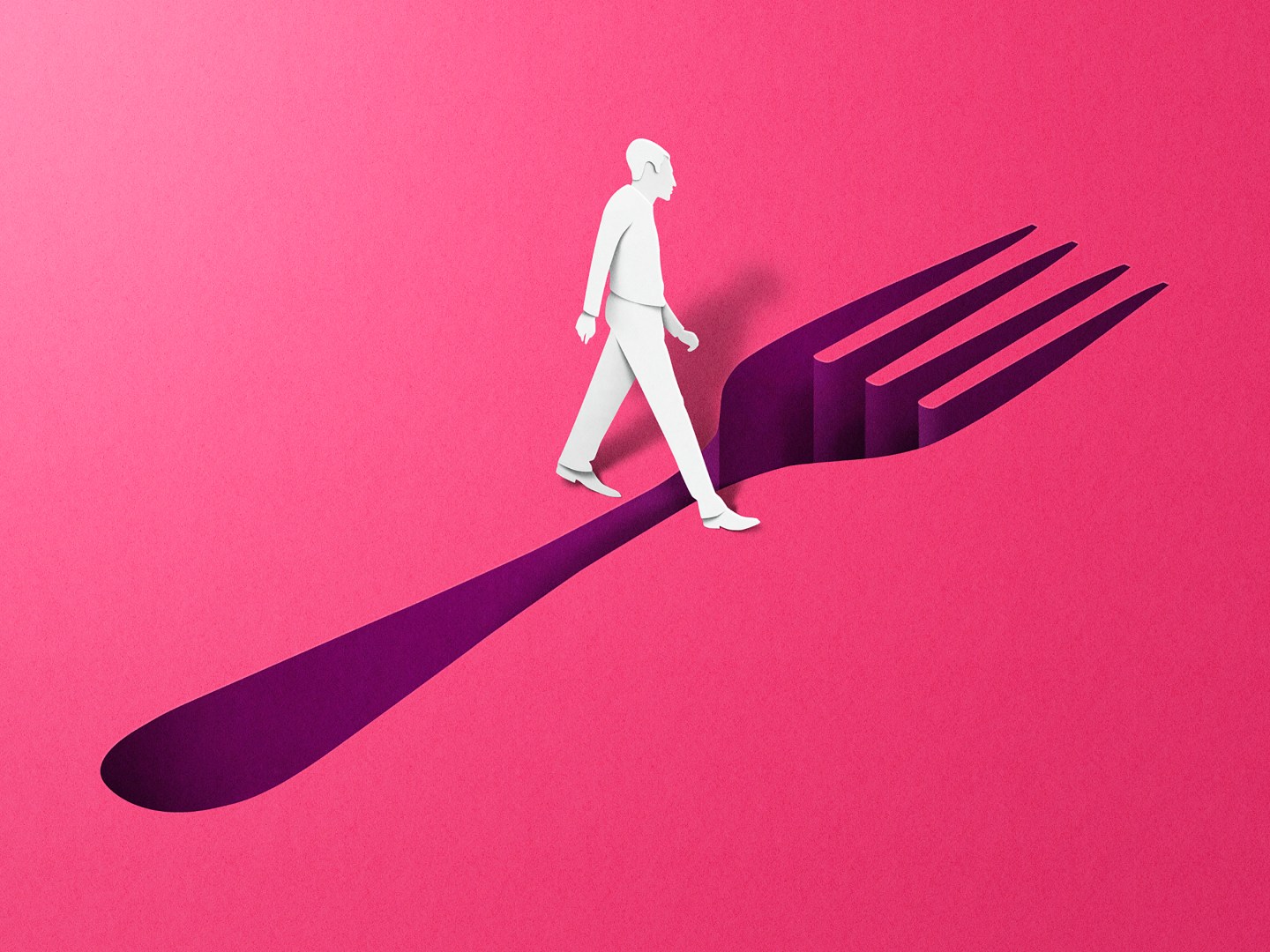 Few things are more associated with Silicon Valley companies than a bottomless supply of junk food and soda. Productivity, the practice suggests, is achieved by mainlining metabolism-jolting quantities of sugar and caffeine.

Nootrobox, an eight-person San Francisco startup, takes a radically different approach: Its staff does not eat from Monday evening until Wednesday morning. The team fasts as a group. They’re not abstaining for religious reasons or submitting to some sort of employee torture. Rather, they’re attempting to improve productivity through sharper cognition and better overall health. CEO Geoffrey Woo compares the experience to “what I imagine a monk would feel like, where your mind is disconnected from the body, less constrained. There’s clarity, calmness, and productivity.”

There is scientific support for the benefits of forbearing food. New animal and human studies show cognitive and health benefits from intermittent fasting, and it has been shown to increase life span in mice and rats. During extended periods without food, the body converts from using glucose for energy to ketones, an alternate fuel source produced by the liver. That ketone energy can improve brain metabolism, says Mark Mattson, Ph.D., chief of the Laboratory of Neurosciences at the National Institute on Aging in Baltimore. Mattson is now conducting studies to determine whether fasting can improve cognition in people at risk of Alzheimer’s disease and stroke.

“It makes a lot of sense that brain function would improve when there’s no food,” Mattson says. From an evolutionary point of view, neural network activity and body energy increases during periods of hunger so you can scavenge and hunt for sustenance.

Woo has conducted his own nonscientific research, asking his team to track their mood, mental state, and efficiency, using apps and productivity software. “Tuesdays—when we’re fasting—are our most productive days,” he says.

So far, Nootrobox’s employees buy into the lifestyle, which operates on the honor system. (Nobody is checking what employees do at home on fasting days, but there have been no reports of Snickers wrappers found hidden in the trash.) They find a camaraderie in the foodless experience. “It’s nice to share something beyond just business,” says Nootrobox business development leader Gavin Banks. “Plus, I feel better, more alert, throughout the day. No two o’clock slump, no brain fog.” And when the fast is over, everybody eats breakfast together.

A look at unorthodox methods some have tried to rejuvenate employees’ energy or boost their output over the years.

Does Anybody Remember Laughter?

New York ad agency Peppercomm puts its leaders and employees through stand-up comedy training. Not only has it improved confidence and presentation skills, says Peppercomm’s CEO Steve Cody, it has aided productivity and culture alike. He may be onto something: A 2007 University of Missouri study found that employees with a good sense of humor also showed higher levels of productivity, communicated more effectively, and were more connected to their workplace.

When they need energy, the seven employees at Austin’s Natural Stacks hang upside down. They use an inversion machine, do headstands, or climb onto their desks and put their feet up the wall. “It increases blood flow to the brain, and it gets you out of your funk,” says Ryan Munsey, “chief optimizer” for the natural supplements company. It’s not a new idea: Composer Igor Stravinsky would stand on his head when he felt blocked.

Your Business Will Purr

When the 90 employees at career site TheMuse.com get into a funk, they do “work swaps,” handing their most dreaded tasks off to a colleague and vice versa. It originated from TTS (“Things That Suck”), a meeting where everyone gets together to tackle gnarly challenges.

Deprived …of Your Senses

Joe Polish, president of Piranha Marketing, offers his eight employees a dip in a sensory deprivation pod inside Piranha’s office in Tempe, Ariz.  Those who soak in the pod, filled with warm water and 1,000 pounds of Epsom salts, report feeling more clear, focused, and relaxed afterward.

The Founding Father liked to take “air baths,” which involved reading and writing while naked for about an hour. (Mercifully, Franklin “bathed” alone.) British design and marketing company onebestway took that idea to heart, staging a naked Friday in 2009 to lift morale amid sagging sales. The event did have one outcome: lots of media attention and an episode for a TV show called Naked Office.

A version of this article appears in the June 15, 2016 issue of Fortune with the headline “(Very) Hungry for Success.”