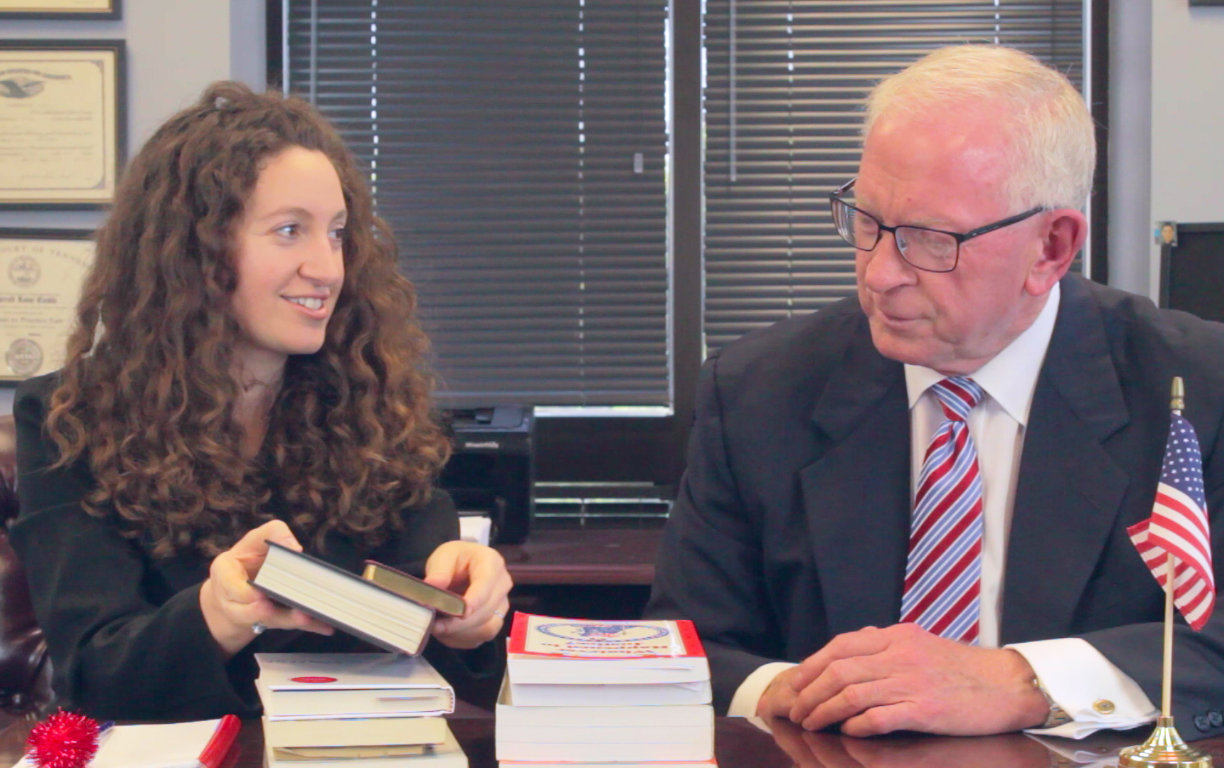 When Americans show up at the polls in November, they won’t just be picking a new president — they’ll also be selecting a new First Family. The prospective First Daughters and Sons from both major party’s presumptive nominees have served as dutiful campaign surrogates, joining their parents on the campaign trail and smiling in the background.

But Joanna Castle Miller has taken a decidedly different approach to the role. Castle Miller, 32, is a NYU-educated Los Angeles comedy writer. She’s a fast-talking liberal with a sarcastic wit. Her father, Darrell Castle, is not any of those things.

Castle, 67, is the 2016 presidential nominee for the Constitution Party, a far-right faction that has been accused of promoting theocracy and that lists opposition to abortion and gay marriage as among its “seven principles.” The Constitution Party also holds that just about every kind of taxation constitutes theft. In a world where many young people, including self-identified conservatives, consider these policy battles settled affairs, the Constitution Party is committed to continuing the fight like it was 1999.

So, what do you do when your dad is running for president on a platform you don’t agree with? Develop a YouTube series, naturally.

“I wondered if there was a way for me to address his campaign,” Castle Miller recently told Fortune. She found it in an ongoing series called “Red, White, and Dad.” Each episode features Castle Miller sitting at a faux-presidential desk talking about what is happening with her father’s campaign. Some episodes also include guest appearances from her dad, answering questions and talking politics.

Castle Miller admits that she was a bit nervous when she first went to her dad with the idea. While she maintains that her dad “has an extremely dry sense of humor” and that she “was raised with laughter and jokes,” this wasn’t about to be just a bon mot around the dinner table. The series would be something for the whole world to see and laugh along with, and it was about something Darrell Castle felt strongly about. Castle Miller says that she was “expecting a pretty long conversation.” But her dad took to the idea pretty quickly.

Castle told his daughter that he “trusts [her] implicitly,” and that he was mostly excited that the project would allow the two of them to spend more time together. Castle Miller lives with her husband, an international development attorney and consultant, in Los Angeles while her parents remain in Memphis, Tenn.

Castle, who hadn’t won his party’s nomination when Castle Miller approached him about the web series, said that the idea of doing the project actually made him more certain of his desire to secure the nod, because it would mean he’d get to keep working with his daughter.

The series is charming and earnest, and it puts on full display the love and slightly awkward generational gaps between Castle Miller and her father.

In what has been a highly contentious political season, one where members of different age groups have expressed very different visions of America’s future, Castle Miller has opted to present a different kind of political conversation. While a lot of political comedy can come across as snarky, there is none of that in “Red, White, and Dad.”

“I really want to make comedy that is respectful and isn’t divisive,” she said. She says she knows her dad is not a malicious or hateful person, and she argues that he has made it easier for her to get past political differences she may have with others.

Castle, meanwhile, shares an appreciation for honest disagreement, noting that he and his wife raised their daughter to make her own decisions, and that he’s always appreciated her independent spirit. “She has always had her own opinions, and her mother and I have never objected to that,” Castle says. “Even though, in many cases, she’s wrong.”

There is, of course, one question Castle Miller says she is asked more than anything else — will she be voting for her dad in November?

“I’ve talked with him about it and I have made my demands,” she said. “I wanted Air Force One to take my dog to Montana.”

We’ll mark that down as a maybe.