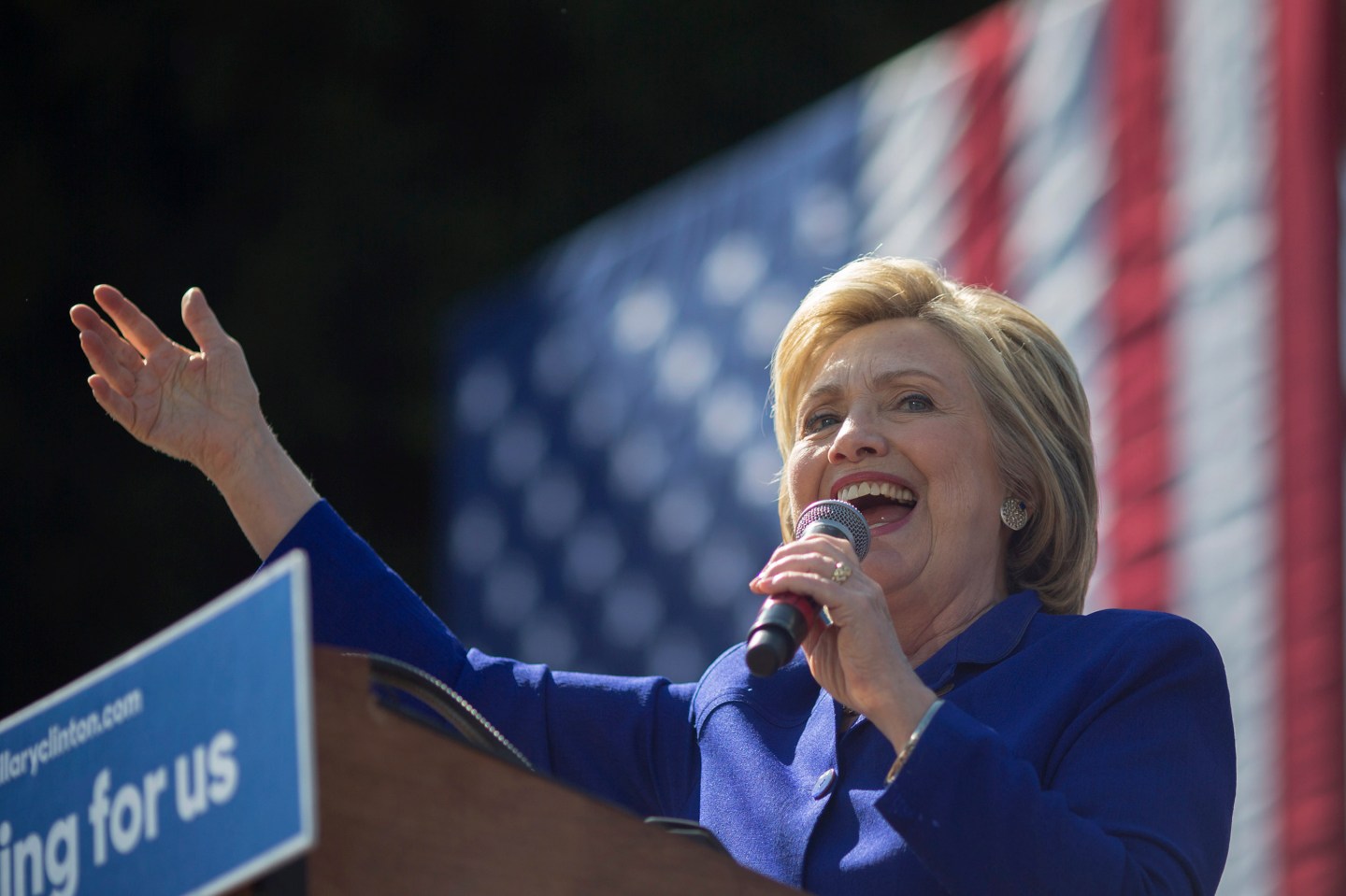 Hillary Clinton has secured enough delegates and superdelegates to become the Democratic Party’s presumptive nominee, but Vermont Senator Bernie Sanders is not ready to back down just yet. Indeed, Sanders has staked much of his case to continue his campaign on the limited chance of pulling off a strong finish in Tuesday’s California primary, where Clinton is polling roughly 2 points ahead.

But there’s one cohort Clinton can count on for support in California: the Golden State’s sizable gay community.

In an informal, non-scientific poll conducted by social app Scruff over the weekend, Clinton resoundingly defeated Sanders among gay voters, with 59% of respondents saying they intend to vote for her in Tuesday’s primary. Scruff surveyed users residing in California and asked which candidate they intend to support for president. Of the survey’s 1,104 responses, 34% said they were planning to vote for Sanders, and the remaining 7% said they were either not planning to vote or were undecided. In the same survey, Donald Trump received nine votes, and underdog candidates Roque de la Fuente, Jill Stein, and Michael Steinberg garnered one vote each.

Scruff, a dating, travel, and social networking app for a community of 10 million gay, bi, and curious men globally, conducted a similar poll of its users in New York in advance of that state’s primary in April. In that survey, Clinton received 57% of the votes and Sanders received 32%. Clinton won the Empire State, receiving 58% of the vote. It has been estimated that LGBT voters represented 5% of the electorate in the 2012 presidential election.

On Sunday, in a last ditch effort to appeal to gay voters, Bernie Sanders appeared at the popular gay restaurant Hamburger Mary’s in West Hollywood and vowed to keep campaigning all the way to the Democratic National Convention in Philadelphia.