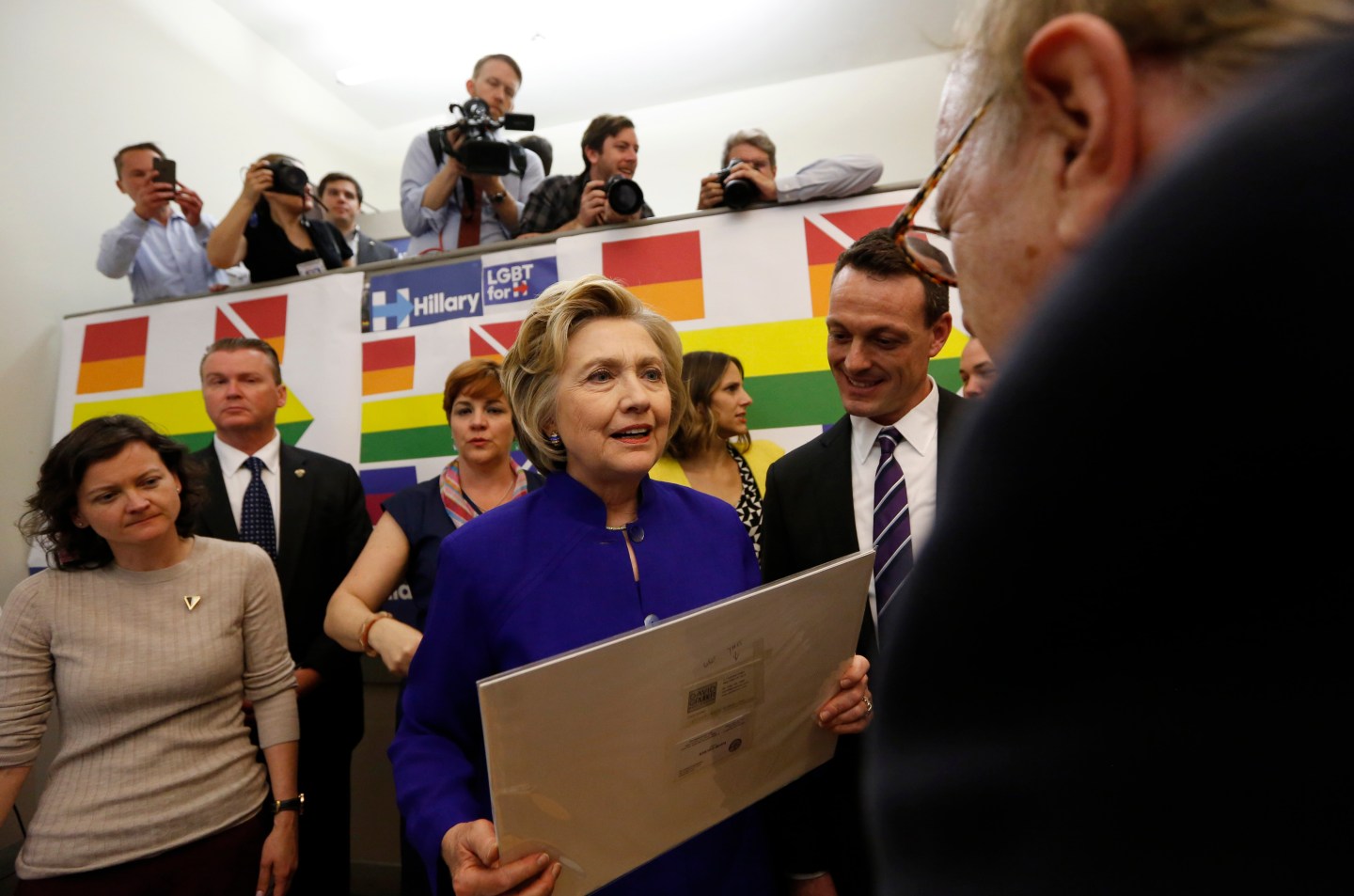 An informal, unscientific survey conducted this past weekend by gay social app Scruff shows that voters in New York State who plan to head to the polls on Tuesday overwhelmingly support Hillary Clinton for the Democratic presidential nomination. The app has 10 million users worldwide, 250,000 of whom live in New York.

Of the poll’s nearly 900 respondents, 57% say they intend to vote for Clinton, while Bernie Sanders received 32% of the votes. With only 30 votes, Donald Trump came in fourth place, trailing behind a group of undecided Democrats. Only 52 of the 895 respondents say they are registered Republicans.

Sanders leads in one demographic: 73% of respondents who are registered Democrats aged 18 to 24 say they will vote for the Vermont Senator. He also received support from users of the app residing in upstate New York, who are 30% more likely to vote for him than users in the New York City metropolitan area, according to Scruff. Clinton still leads in all areas of New York State. The company says its app users who are interested in fetish are also 30% more likely to vote Sanders.

The Scruff app is primarily used by gay, bisexual, and curious men. Three users who self-identify as transgender responded to the survey; all three said they intend to vote for Bernie Sanders.

Of the registered Democrats who responded to Scruff’s poll, Clinton received 61% support vs. Sanders’s 34% and 5% who are undecided. In February, Scruff conducted a similar poll, asking users based in the U.S. to pick their favored candidate. In that poll, Clinton also took the lead, with 67% vs. Sanders’s 26%, which mirrors other national polls showing that Sanders is narrowing the gap.

The gay electorate is estimated to represent 5% of all registered voters in the U.S. In 2008, Clinton had stronger support from the gay community than Barack Obama and, going into the 2008 primaries, had leads of 23 points in New York and 34 points in California.

In his 35-year political career, Bernie Sanders has long been a champion of LGBT rights. Clinton, meanwhile, has been criticized by many members of the gay community for not having always supported same-sex marriage. Much like President Obama, she claimed that her views “evolved” over the years. The new poll numbers also indicate that gay voters have forgiven Hillary Clinton for her recent revisionist account of the Reagan-era AIDS epidemic, for which she has since apologized profusely. Supporters routinely tout her longtime record as a champion of gay rights. As Secretary of State, Clinton brought international attention to the equality movement. In a speech she made to a gathering of the United Nations in Geneva in 2011, she famously said “gay rights are human rights, and human rights are gay rights.”